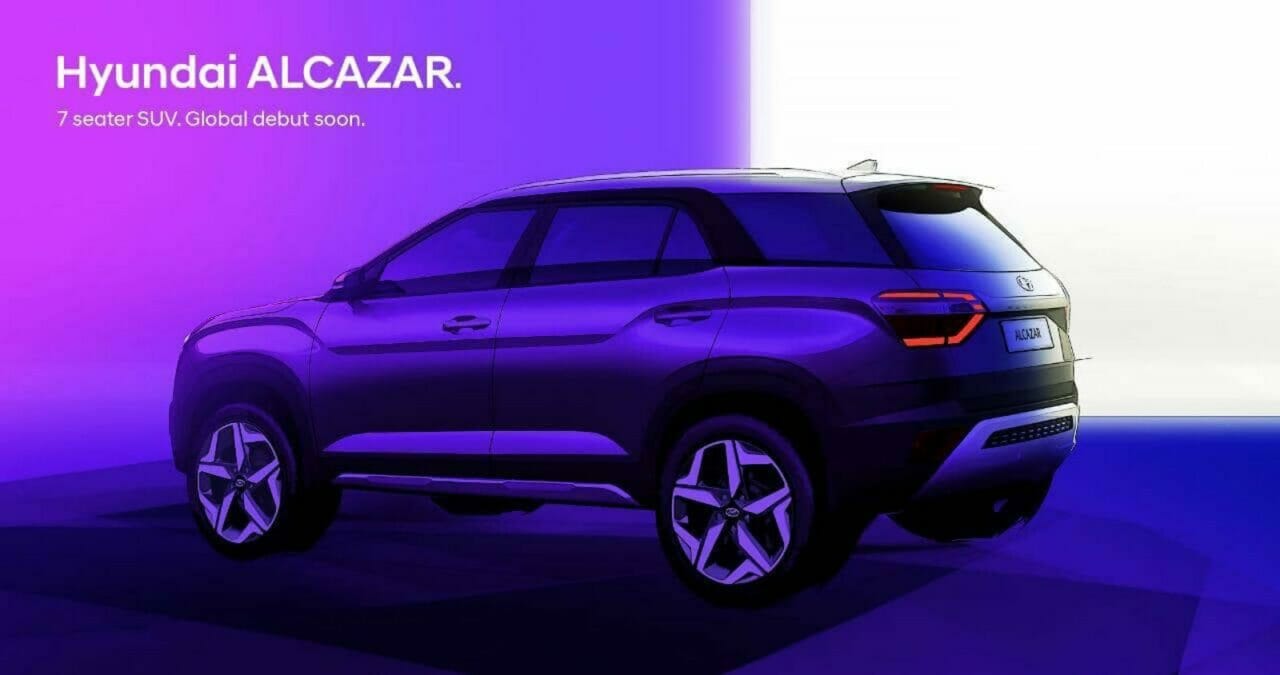 One of the most hotly anticipated launches of the year 2021 has to be the Hyundai Alcazar. The widely conceived notion regarding the upcoming 7-seater SUV from the Korean carmaker is that it is going to be a 7-seater version of the already existing Creta. While we believe that it is going to be a lot more than that. Hyundai has now released the first design sketches of the upcoming Alcazar and we are happy to report that it does look a lot different than the Creta!

Alcazar will be based on the same platform as its 5-seater sibling and will be made available in both six and seven-seat configurations. 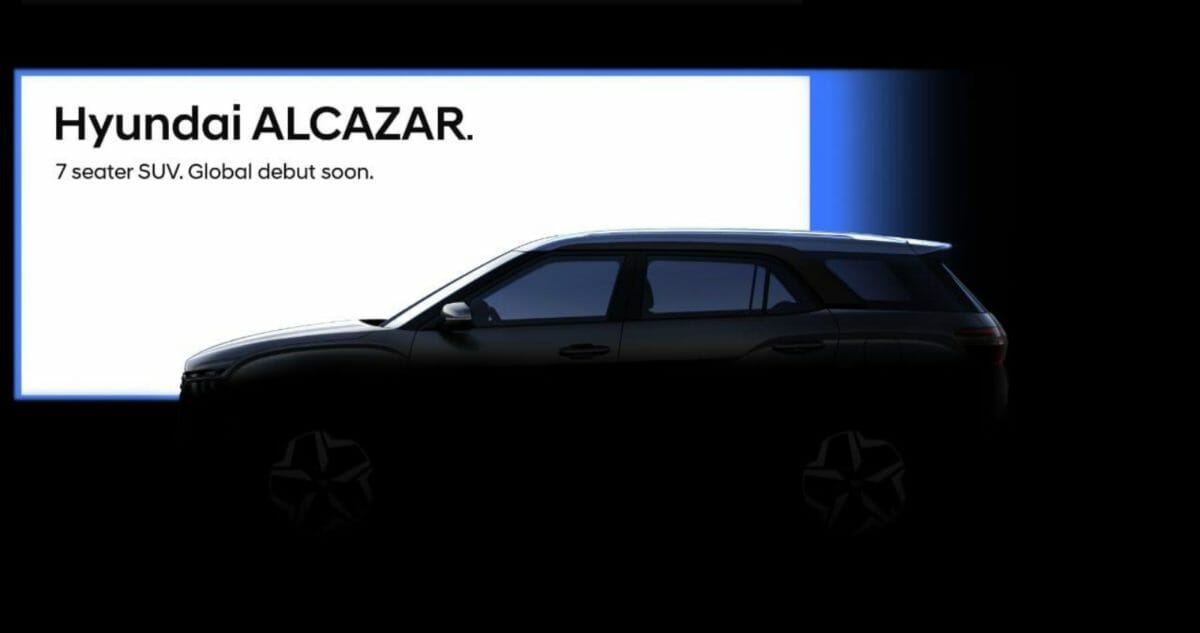 The former will be offered with two captain seats in the middle row while the latter will come with a bench seat in the second row.

Coming to the exterior styling of the Alcazar, it is expected to be different than the Creta. The dimensions too, are expected to be a little different. The rear overhang seems longer than before and that has been done to accommodate the extra row of seating. The official sketches released only showcase the rear end and the side profile of the Alcazar while the front end is still hidden. The rear end is expected to sport a lot of differentiating elements. Take the redesigned tail lamp for instance. 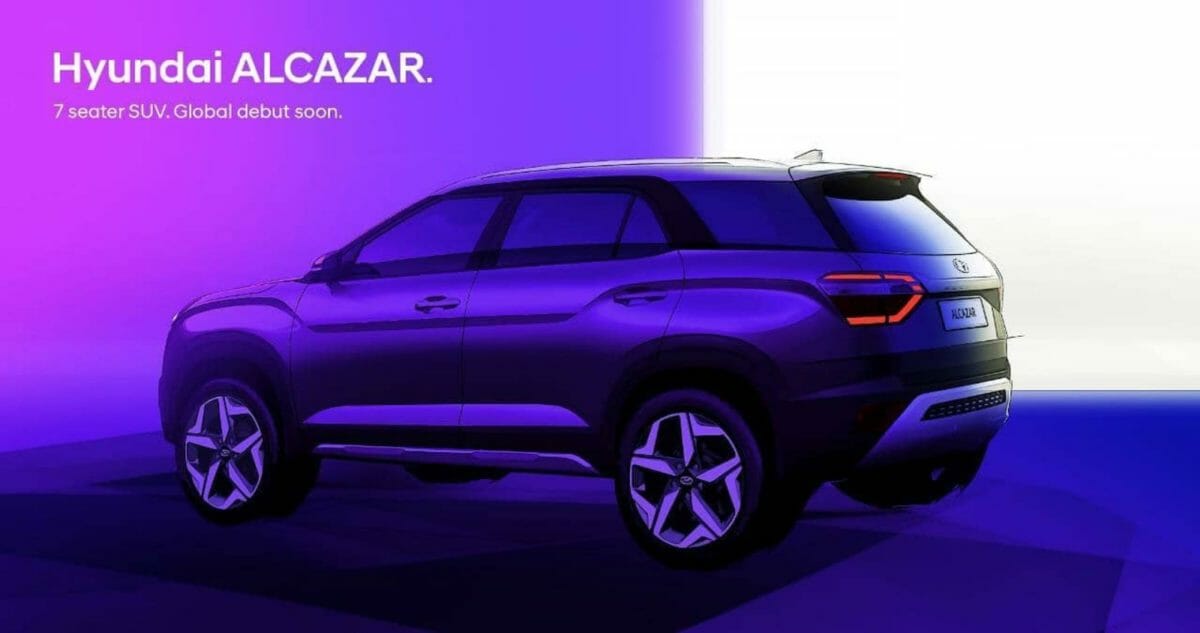 It is also being assumed that the Alcazar will get twin exhausts and a new roof-mounted spoiler at rear along with 17-inch dual-tone diamond-cut alloy wheels. There is one thing for sure that if Hyundai sticks to the sketches, the production-ready avatar of the Alcazar is going to be more rugged as compared to the Creta.

The feature list could also be identical to the 5-seater version of the Creta. It is expected to come with a digital instrument cluster, panoramic sunroof, BOSE sound system, and a 10.25 inch touchscreen infotainment system with support for Android Auto and Apple CarPlay. Connectivity platform Blue Link will also be available, although there may be some changes in the list of features. Being a more premium offering as compared to the Creta, the Alcazar is expected to be even more feature-loaded! 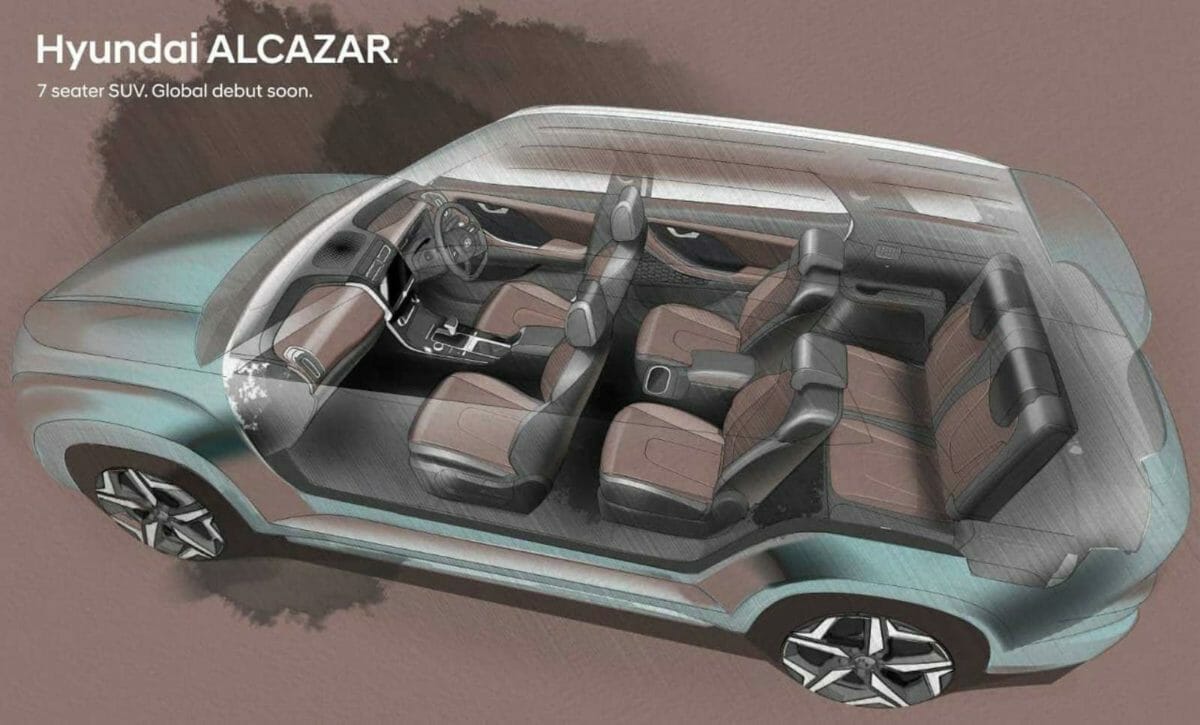