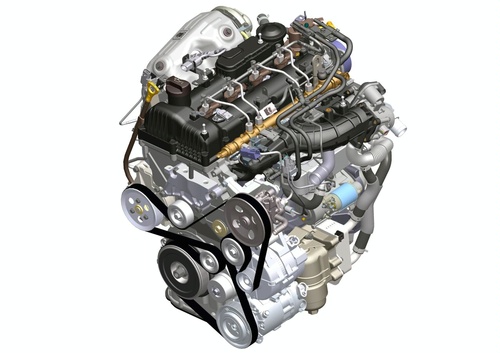 The decision of the finance ministry to not levy any extra taxes on diesel vehicles has made the car industry in India heave a sigh of relief. Car companies which had put their plans to invest money on diesel engine plants on the backburner have finally decided to go ahead with the agenda.

Most notably of all, Hyundai has finalized its plan to set up a diesel engine plant in the country. The new plant, to be set up with an investment of Rs 500 crore, will produce engines for the i20 hatch and the Verna sedan. The i10 is also expected to sport a diesel mill in the near future, and if all goes well, engine for the small car may also be produced locally. The new plant will have a minimum capacity of 1.5 lakh units annually.

The engines to be manufactured at the new plant will most likely be 1.1, 1.4 and 1.6 liter units. The company may formally announce the new plant sometime in the next month. The new plant is expected to come up near the company’s existing plant in Chennai or in Gujarat.

Another company looking to invest heavily in a diesel engine plant is India’s No.1 car maker Maruti Suzuki. The company which has already made a deal with Fiat for sourcing three lakh diesel engines is also planning a brand new diesel plant in Gurgaon. The new diesel engine plant, which would witness and investment of about Rs 1000 would be capable of producing about 1 lakh engines a year. Maruti, even after ramping up production and losing some market share is struggling to meet the demand for its cars. The new plant will power the current diesel models and some new models which the company may come up in due course.

So how effective a ploy is it to set up dedicated plant for diesel engines? The current market share of diesel passenger cars has gone up to an overall percentage of more than 50%. But the massive disparity between petrol and diesel prices is one of the main reasons why that is happening. The government is making no bones about the fact that it wants to decontrol diesel prices very soon, and within a few years, we would see diesel selling at almost the same price as petrol. So would there still be enough demand for diesel cars to justify these heavy investments. Well, one thing is for sure, even with similar pricing, diesel cars do offer advantages like lower running costs owing to much better fuel efficiency and better tractability. And these advantages would make sure that the demand for diesel cars is not going to plummet even if the prices of the dirty fuel are brought closer to the petrol. The market will keep on growing at a reasonable pace, and the demand is only going to grow. Taking all that into consideration, it wouldn’t be such a bad idea then to invest in such plants.