Hyundai ix25, the South-Korean carmaker’s shot at the popular crossover segment, has been spied uncamouflaged in China. 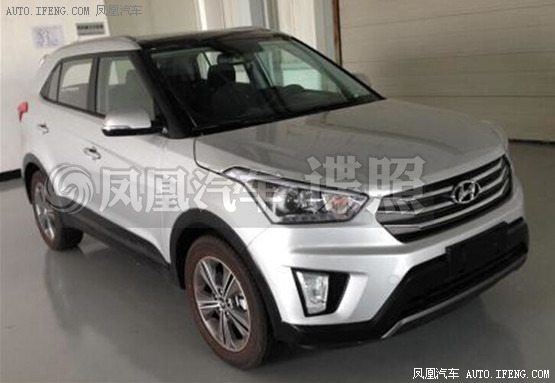 The Hyundai ix25 has been in the news for sometime. However, it hasn’t been spied in the American or European roads so far. The Hyundai ix25 will compete against other Compact SUVs like the Ford EcoSport, Renault Duster and the Nissan Terrano, if launched in the Indian market. Internationally, it will be up against noted crossovers like the Nissan Juke and Chevrolet Trax.

Currently, the official word is that Hyundai doesn’t intend to take the ix25 crossover to any market other than China. It is, however, difficult to comprehend how Hyundai can shut out booming crossover markets like the Europe and USA. Crossovers are essentially a juxtaposition of the might and presence of SUVs and the nimbleness of hatchbacks. Offering a best of both the worlds, crossovers ( Or Compact SUVs ) have taken the automobile world by storm. The sharing of platforms with hatchbacks also helps lower development costs.

It appears that the spied Hyundai ix25 was on its way to a dealer meet. The vehicle appears to be production-ready, and we can spot a few Santa-Fesque cues. Look at the hexagonal engine grille accentuated by the chrome slats. The headlamps seem to be inspired by the Hyundai Genesis concept. The accompanying Daytime Running Light strips lend a menacing look to the car. At the rear, the tail-lamps seem to be in sync with Hyundai’s fluidic design language, especially when viewed from the side. 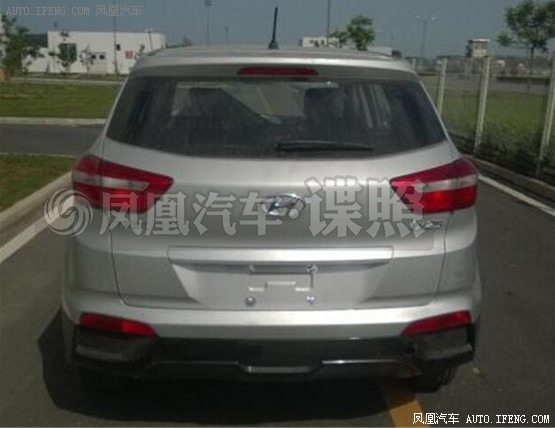 The test vehicle does possess a well-chiselled torso, given that it will be a crossover and hence smaller than a regular-sized SUV. The Hyundai ix25 is based on the platform of the i20. It will be offered with a choice of 1.6-liter and 2-liter engines.

Even though it isn’t sure if the Hyundai ix25 will make its way to India, we do want to see this car on Indian streets.