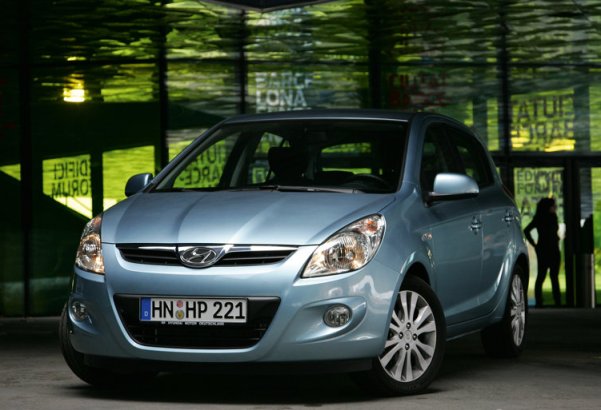 Hyundai Motor India Ltd, has achieved a milestone of selling 2.5 lakh units of the i20 in the domestic and export markets since its launch. Of these, 92,000 cars have been sold in India, while the rest were exported to around 80 countries. To commemorate this occasion, HMIL has equipped the Asta variant of the i20 with a GPS-based Audio Visual Navigation (AVN System).

The new AVN system will make for convenient commuting to new destinations. It comes as an option with the Asta version (both petrol & diesel) with a 2 DIN system with 5 inch LCD display and a touch screen interface with satellite-based voice-guided navigation to enable one to easily chart travel routes within and across multiple cities.

It contains details about locations, route options, the nearest Hyundai touch points and numerous other points of interest like restaurants, hotels, hospitals and malls. The SD memory card with pre-loaded navigation software enables users to save favourite routes and also guide different users driving to the same destination through the use of voice prompts which are available in more than a dozen languages including 8 Indian regional languages.  Users can also select different route settings like shortest route, fastest route or the optimal route. Desired destinations can be set by entering the location names and exploring the map on touch screen, the system also allows users to record travel-related data for every journey.

The AVN system also doubles up as a video player which supports video playback from the iPod/USB drive. Audio controls are provided on the steering wheel while a remote is provided for the convenience of the rear seat user. The in-built Bluetooth with an audio streaming function enables one to handle calls while driving besides playing music through the phone.

The option would be available only in the i20 Asta variants and with the AVN system would have the starting price at Rs. 630,439 (ex-showroom, New Delhi).

Commenting on the occasion, H. W. Park, MD & CEO, HMIL, said, “The i20 in less than two years since its launch has become the most popular car in the premium hatchback segment with its stylish exteriors, premium features and offer of variants in petrol, diesel and automatic transmission options. As we celebrate the 2.5 lakh unit sales landmark I take this opportunity to thank our customers for choosing the i20. To value add further and make it even more attractive and convenient, we are now introducing the high-tech Audio Visual Navigation System.”