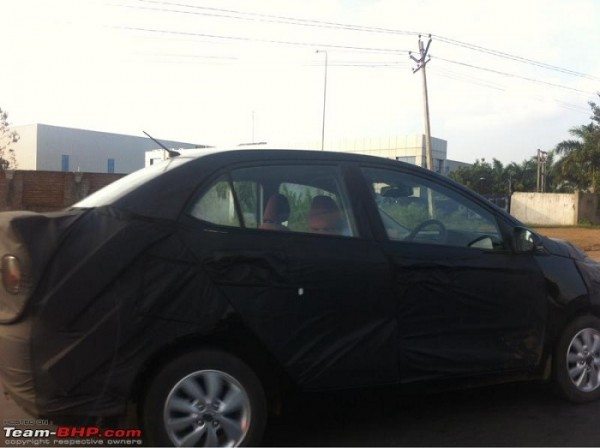 We have been reporting in detail about the upcoming Hyundai Grand i10 Compact Sedan. Official word is now out that the Grand i10 sedan will make its global debut on February 4, at an unveiling ceremony that will be held in Delhi. Soon after, the car will is likely to make its public debut at the Auto Expo 2014.  The launch of the upcoming Swift Dzire adversary could happen as soon as in second half of this year.

The Hyundai i10 Grand sedan, much like the Swift Dzire and the Honda Amaze, will be basically a ‘boot-ed’ version of the donor hatchback and would feature new doors, stubby boot, new mag wheel design and new taillamps.

We won’t be really surprised if the Hyundai Grand i10 sedan goes on sale with the Accent moniker, which would be an attempt by its car maker to cash-in on the recognition that the earlier gen Accent enjoys in India. As much be obvious to you, the car would measure less than 4 metres in length, which would entitle it to benefit from the duty relaxations being provided by Govt. of India. Also helping HMIL with pricing the car very competitively would be the plenty of component-sharing with the Grand i10 hatchback.

Powering the Grand i10 sedan will be the same 1.2-liter Kappa2 petrol engine and the 1.1-liter three-cylinder U2 CRDI diesel engine that powers the hatchback model. The i10 sedan would benefit from hatchback’s long features list that consists of upmarket features such as- cooled glovebox, steering mounted controls, in built storage space for audio system and rear ac vents.

It would not be surprising to see the Hyundai Grand i10-based compact sedan outselling well established rivals such as the Swift Dzire and the Honda Amaze.

Stay tuned to Motoroids for more updates on the Hyundai Grand i10 Compact Sedan India launch. 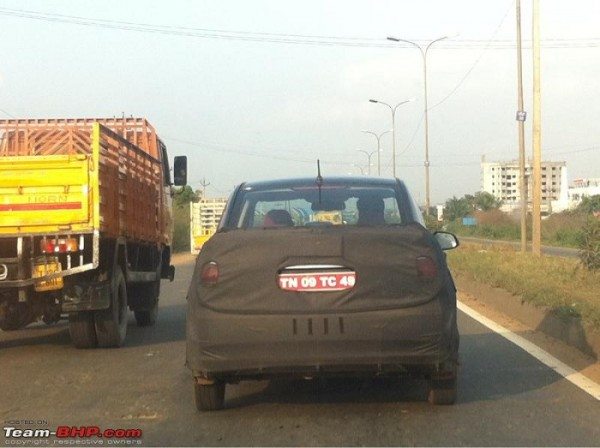