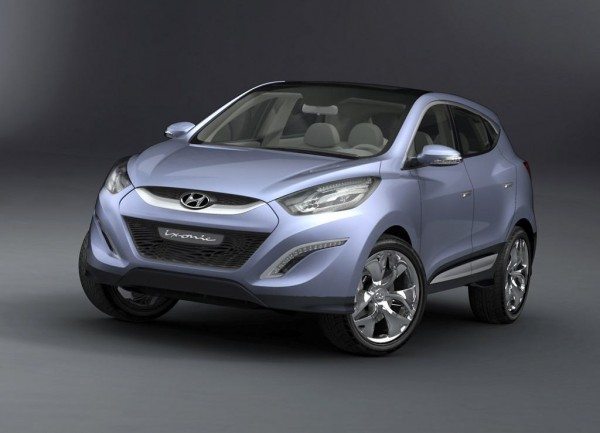 It won’t be an overstatement to say that the compact SUV segment is currently the fastest growing segment of our car market. The high selling Duster has not just turned the fortunes of the Indian subsidiary of Renault but has also become the highest selling SUV in India, displacing the Mahindra Scorpio from the top of SUV sales chart.

Ford too is readying itself to plunge into the compact SUV segment of our car marker and will be soon seen launching the EcoSport compact SUV in India. The EcoSport has been making a lot of news in recent times and Ford India has announced that the bookings for the car will begin next month. We recently drove the car in Goa and have come back mighty impressed with the overall package that the EcoSport promises to deliver.

Now it has emerged that Hyundai Motor India Ltd, the second largest selling car maker in India, is planning to grab a chunk of sales in the fast heating up segment by launching a Compact SUV sometime next year. The Hyundai Compact SUV will be a Ford EcoSport and the Renault Duster adversary and as can be safely expected from a Hyundai, will come with a set of powerful petrol and diesel motors. This latest revelation comes from Mr B.S. Seo, the Managing Director of Hyundai Motor India Ltd.

While the Hyundai compact SUV is still some time away from being a production reality and we hardly have much of a clue about what the upcoming SUV would be like, the info provided by Mr Sen has good chances of being cent percent accurate.

We all knew that the Korean auto giant is readying a compact SUV and a compact MPV but with the latest information from Mr Sen, it can be assumed that the car would come to us soon after its public debut. Talking about the upcoming Hyundai MPV, the new car will be pitted against the highly popular Ertiga and will cater to the C segment of our MPV market. The MPV has good chances of being based on the Hexa-Space concept that was showcased Delhi Auto Expo a few years back. The compact SUV, on the other hand, might be based on the company’s ix-onic concept.