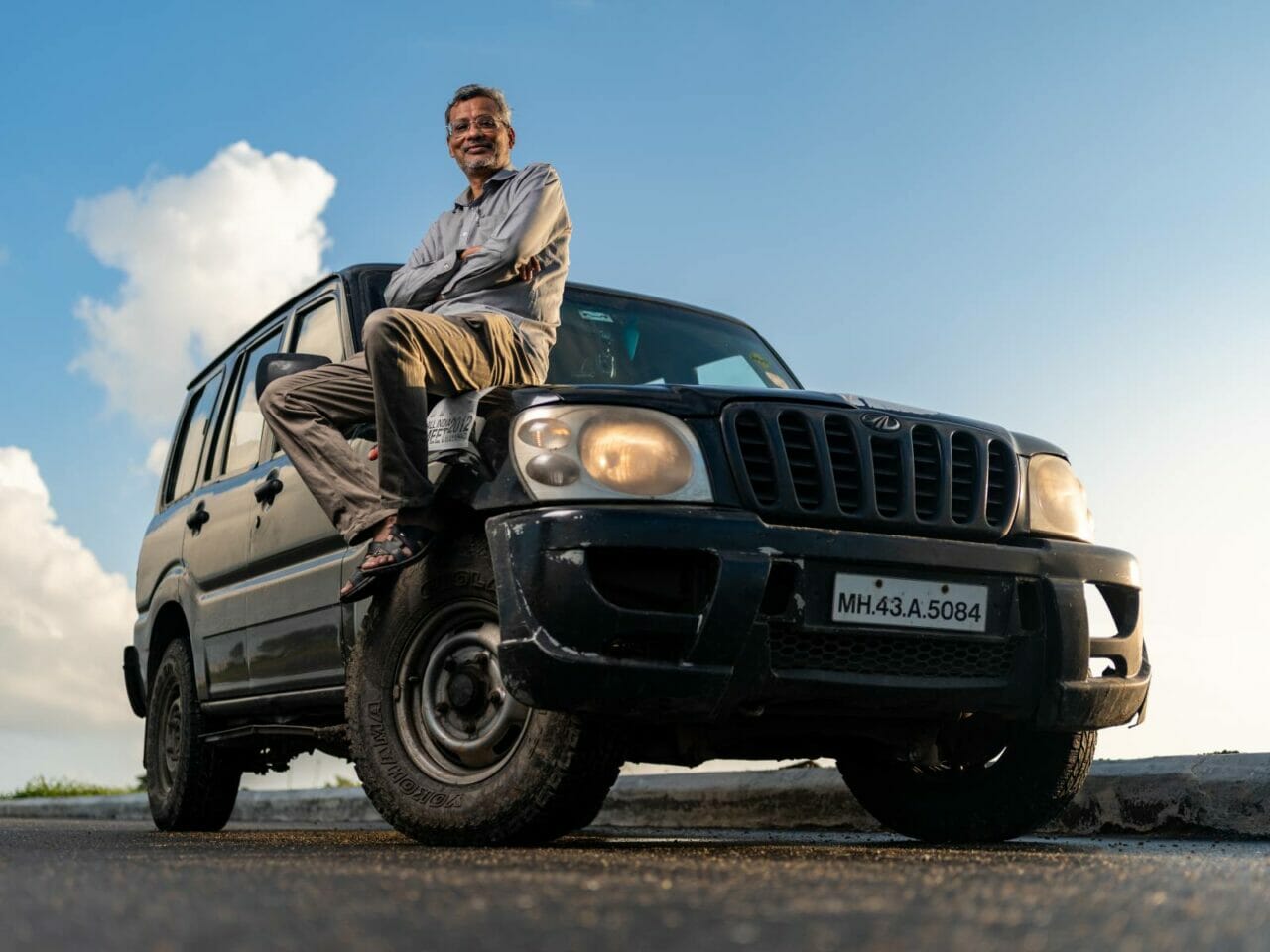 How do you describe the bond between man and machine?

Is it like a relationship with another human being with less suspicion and one-upmanship?

Is it like a relationship with a pet that greets you with wild over-reaction at the door after you step out for 15 minutes?

I don’t know how to put it in words but I do know the feeling. I also know that there are good times and bad times and at some point you decide to part ways and go in a new direction. 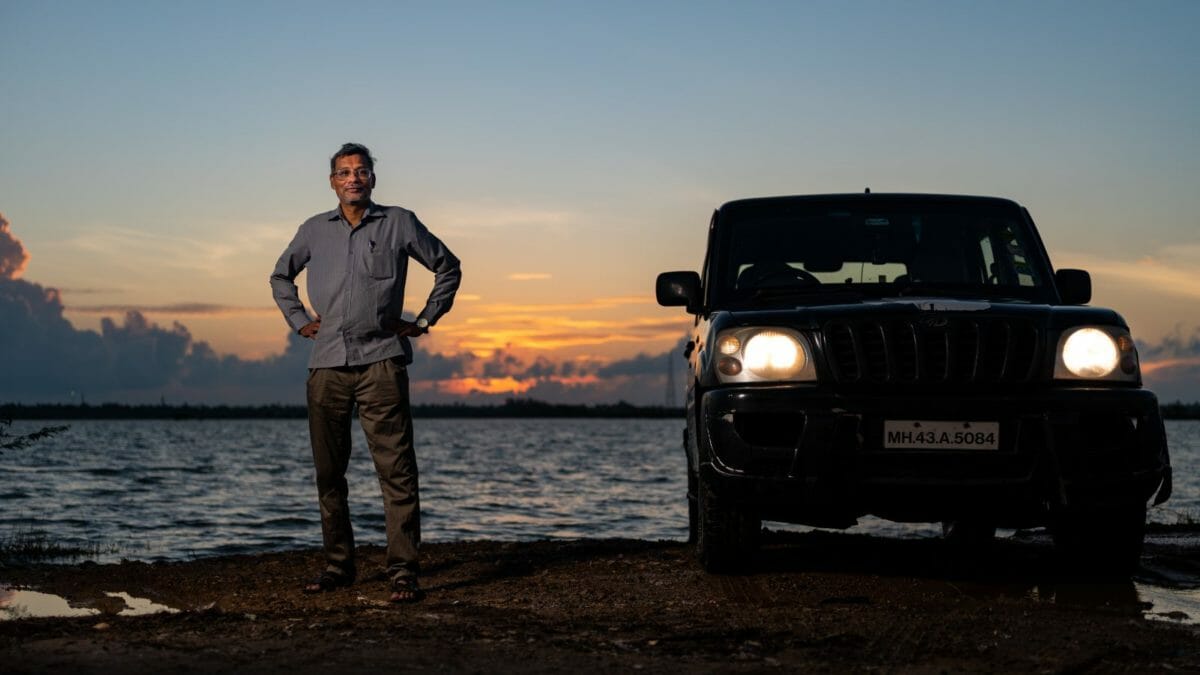 I got into a conversation with a man who knows a fair bit about exploring different directions, Mr. HV Kumar. If you haven’t heard of him then consider this my good deed for the day because HV Kumar a.k.a HiVayKing is revered by his global fan following for being a repository of unparalleled information on Indian roads and everything that it takes to get to a destination. He isn’t a Tripadvisor, Makemytrip or Google Maps and yet people are willing to get off-line from these aggregation platforms and get on-board the HVK wagon for a fantastic travel experience.

So what makes him special?

If you ever visit HVK’s home and step into his garage, you will find an Ind-Suzuki motorcycle parked up against the wall. This motorcycle was the genesis of a passion and obsession that continues to this day which is to document every aspect of his travels. HVK meticulously records distances, tolls, landmarks, average transit times, gas station locations, service centre locations, hotels that are family-friendly and have good parking and much much more. 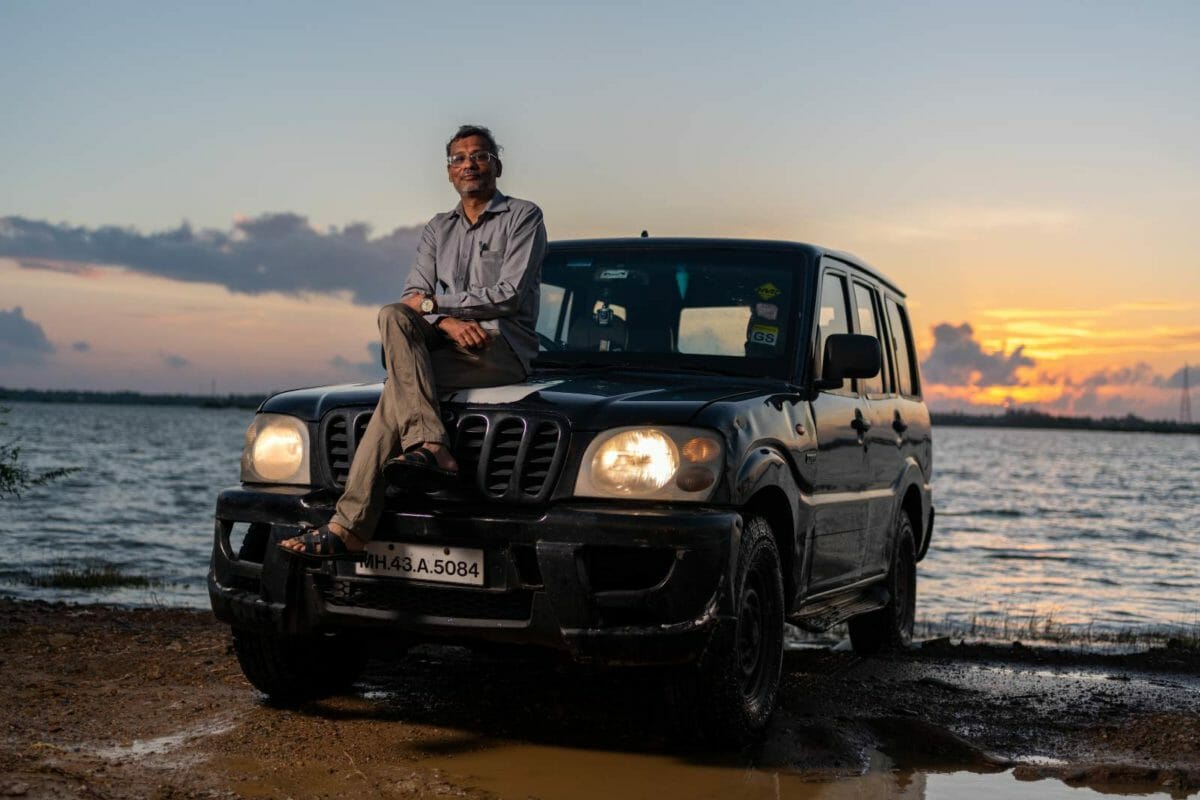 All this knowledge from his jaunts across the country have been stored in his brain and his records to be unleashed upon those who ask him for assistance. Even in the current era of GPS and Google Maps, the level of detail amassed by HVK over the years have proved valuable for those who rely on his human touch over dispassionate electronic guidance systems. If you have never had the experience of pulling over in a remote area, unfolding a large road map on the bonnet of your car and orienting yourself with the compass before figuring out your current location and next steps, you haven’t truly traveled!

I could go on and on about HVKs exploits and share some thrilling anecdotes from his travels but we are here to talk about a 16 year long relationship between a man and machine. Today happens to be the 16th birthday of 5084 Express, HVK’s trusty steed, a 2005 Mahindra Scorpio DI Turbo which has completed 6,20,000 Kilometers on Indian roads!

How many would keep any automobile going beyond one or two lakh kilometers on the odometer? In an era of consumerism where we are driven by a constant need to own the latest and greatest, HVK’s association with the Mahindra Scorpio stands out. The used vehicle market is littered with vehicles that are at or around the 1,00,000 Km mark. There seems to be some sort of rule that you only keep a vehicle for one lakh Km before you sell it and move on to something else. 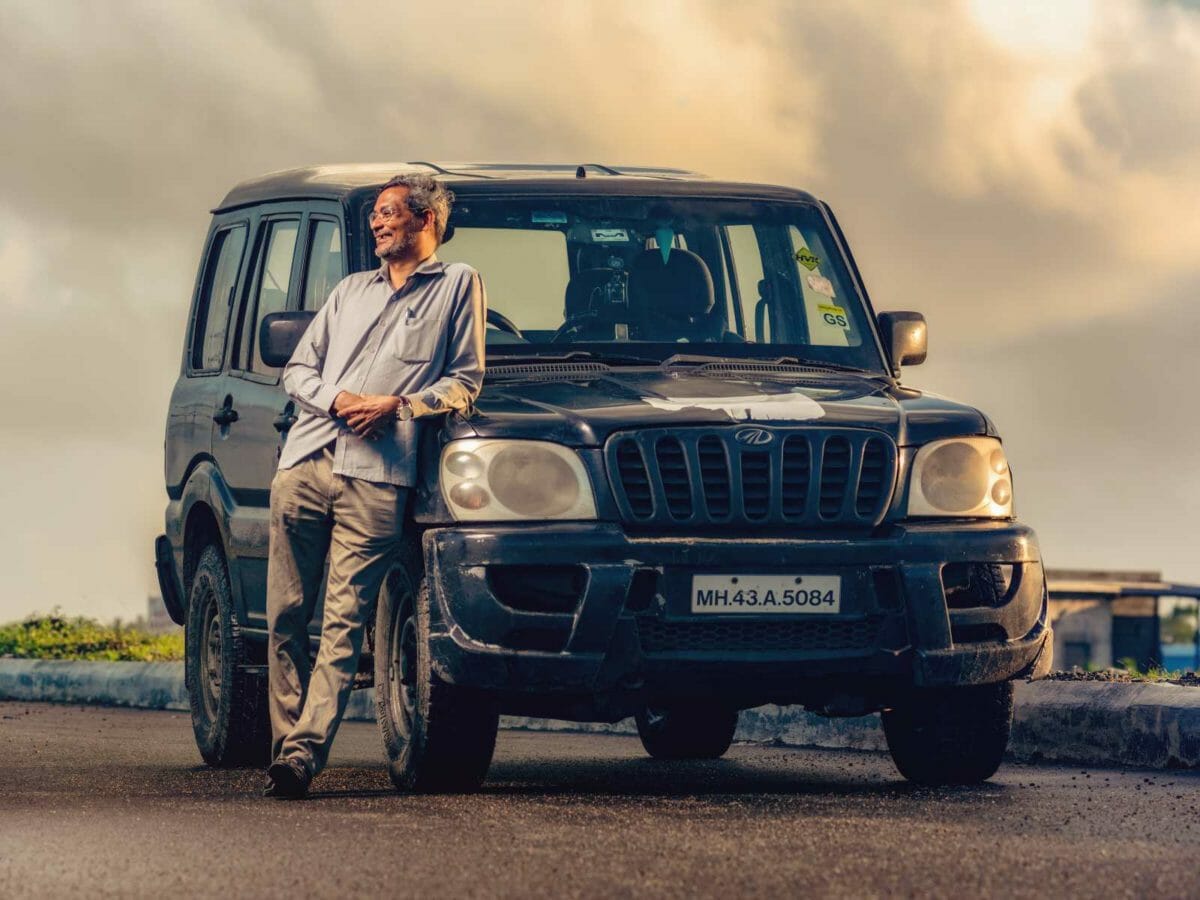 When HV Kumar purchased the Scorpio in 2005 he opted for the DI Turbo model knowing that a CRDe was around the corner. The discounts were attractive on the older model. The UN project he was involved in at the time required him to be on the road immediately and he couldn’t delay the purchase anymore. Three days after the vehicle was delivered he drove from Mumbai to Kutch, GJ. Within a week of taking delivery he was already on his way down to Karnataka, Tamilnadu and Kerala.

Here are some of the mileage milestones achieved by the 5084 Express:

If that still doesn’t impress you, maybe the estimated 60 Lakh rupees spent on fuel, tires, maintenance and tolls will send a shiver down your spine.

HV Kumar is known for his intimate knowledge of Kashmir and Ladakh but it wasn’t until 2009 that he actually reached there in the Scorpio. By this time the 5084 express had already seen two lakh grueling Kilometers on Indian roads! HVK was concerned about the engine performance at high altitude and met with the late Mr. Behram Dhabhar of Mahindra & Mahindra R&D to gain a bit of confidence. The drive featured a variety of Scorpios with DI, CRDe and mHawk engines. As it turned out, while the newer vehicles struggled on steep inclines, the DI Turbo was agile and undaunted even at an altitude of 5000m!

On living with a 2WD vehicle in what is clearly 4WD terrain, HVK reckons the Yokohama Geolandar tires he installed helped immensely with traction over loose surfaces. Balancing risk and reward is even more critical in remote areas because you need to maintain more momentum in a 2WD to get through a section that a 4WD can crawl through. The risk to the vehicle is more at these higher speeds. HVK also recommends observing what the local drivers are doing because they know the roads, gradients and can read the conditions better than us city dwellers. The DI Turbo Scorpio is also more responsive and not masked by a layer of electronic nanny systems, sort of like a well worn pair of shoes. Although a 4WD vehicle would have been less stressful on driver and vehicle, HVK has never shied away from routes that people say cannot be done without 4WD. 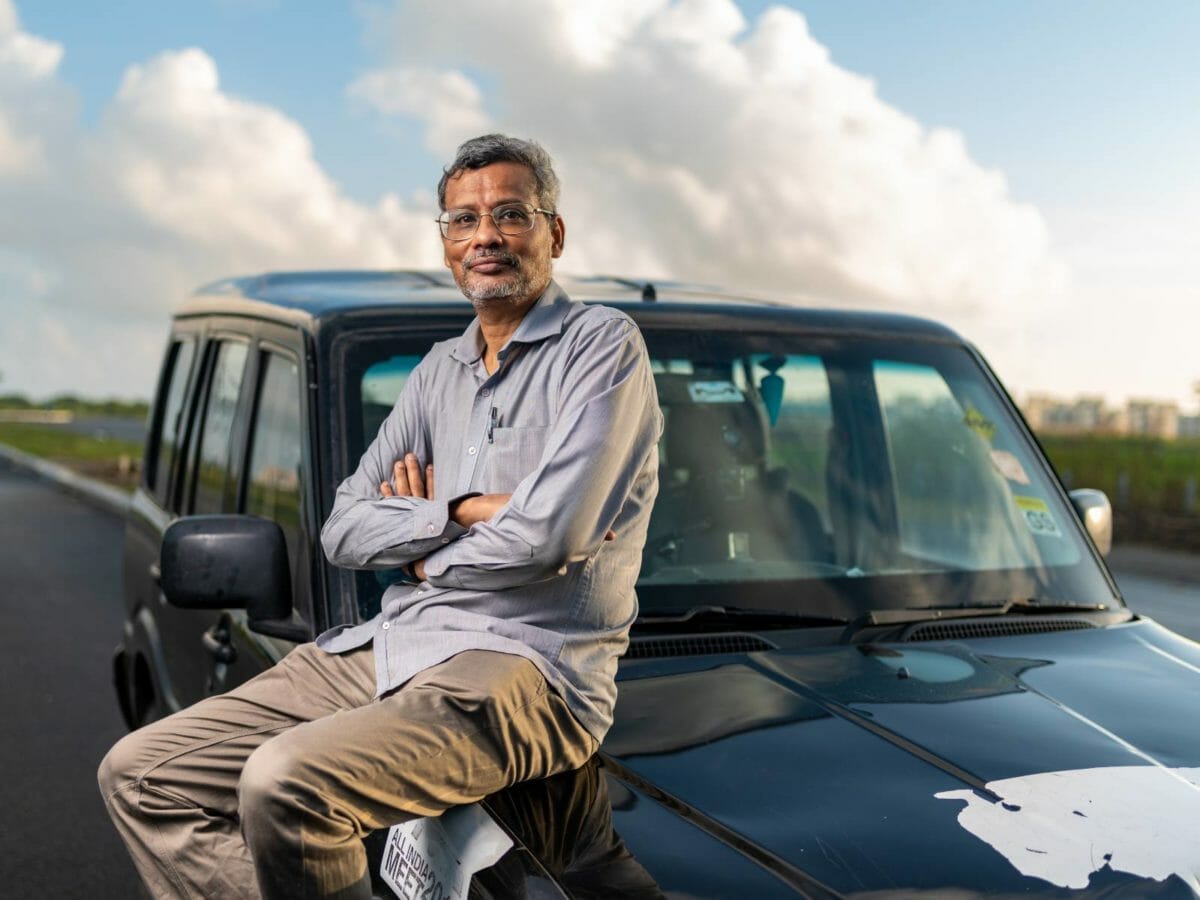 Our conversation meandered over his experiences driving around Dalhousie in snow without chains and another anecdote about how he performed an 18-point U-turn en-route Chandrataal when a massive boulder had blocked the narrow road. HVK also narrated a gripping tale of driving over snow and ice at Shinkola in 2019. The 5084 Express had to cover 15 Km up to 5000m through heavy snow and black ice and then down the other side of the newly inaugurated pass. The descent was so steep in sections that he approached them in reverse as 1st gear couldn’t provide enough engine braking. On snow and ice HVK recommends driving in a way that uses engine braking to slow the vehicle rather than using the brakes which easily lock up and send you skidding off the side of the road and into the ravine.

We then got to discussing what it takes to keep a vehicle on the road for so long and with such heavy use. HVK believes in preventive maintenance and preemptively replaces components that are approaching the end of their normal duty cycle. The problem with such an old vehicle is that there is always some component or the other that needs inspection/replacing as part of his maintenance calendar. Despite his rigorous attention to detail, his Scorpio did encounter some major problems: 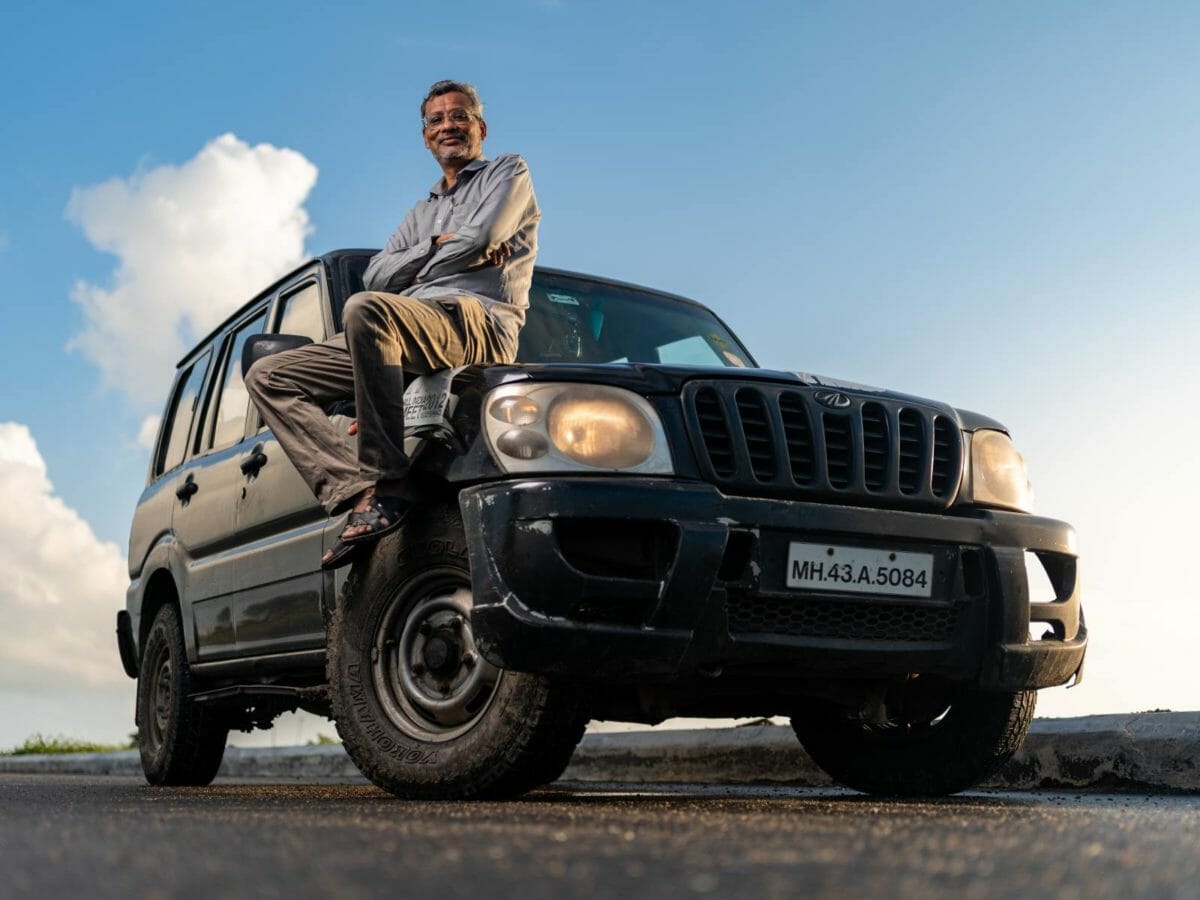 It is evident HV Kumar doesn’t like throwing away components that can be overhauled to factory spec. His ability to diagnose issues has been key to keeping operating costs down as most service center and road-side mechanics prefer to replace entire components instead of performing root-cause-analysis and fixing a problem economically. HVK recounts how mechanics seem to be keen on replacing his master cylinder because they are not familiar with the operation of an LSPV brake system.

So what would it take to get him out of maintenance mode on the 5084 Express and start looking for replacement? HVK thinks the inflection point would either be losing the services of his current and trusted mechanic or when he starts seeing the spare parts supply drying up. He is fully aware that his vehicle is old and fraught with reliability issues but he consoles himself when he sees far newer and modern vehicles stranded on the side of the road awaiting recovery on a flat-bed.

I pushed him to discuss his options at this time to see where it would lead. A few things became clear:

We discussed the XUV500, Scorpio, Duster, Innova, Harrier, VCross among others. HV Kumar has personally recommended the Renault Duster to a few friends for it’s rugged build and ride quality. There is also a service center even in areas as remote as North Lakhimpur! A Hanle resort owner known to HVK owns a Renault Kwid. So maybe a Duster then? Not anymore because there is no diesel engine duster available at the moment.

As he wasn’t being forthcoming, I pressed harder and eventually he said “ Mahindra Bolero”. The simple design, abundance of spares, absence of electronics/gadgetry, ample room and rugged build quality appeal to him. An interesting point is that since a bulk of the rural taxi and freight operators use the Bolero platform, roadside repairs and spare parts are not an issue. 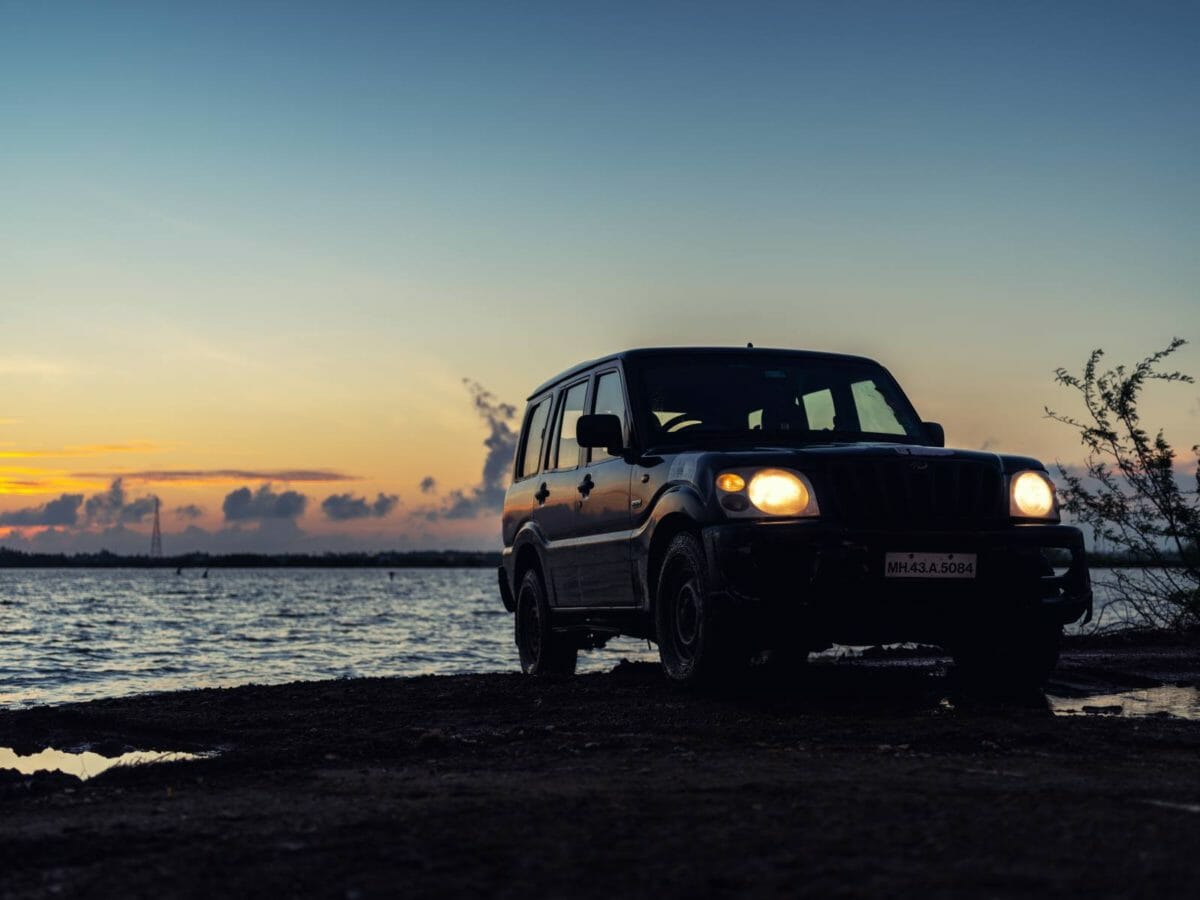 The fact that I had to lean on him so hard to get an answer points to two scenarios. The first is that there genuinely isn’t an option available today that could deliver 6.2L Km in 16 years in the way 5084 Express Scorpio has.

The second reason could be that, despite his pragmatic manner, a part of him is in love with his machine, his 5084 Express, his 2005 DI Turbo Scorpio. You’ll never catch him admitting to it but we know that feeling. It is a familiar and warm place, a very personal connection between you and your ride.

Cheers to the 5084 Express! Keep on rolling! Catch up with HV Kumar on Facebook at the HV Kumar – Fan, Forum and Message Board. It is a treasure trove of travelogues, route discussion and several other topics that encompass road travel. You can reach the man himself at: