The HondaJet is taking part in a modern day spin on the classic Around the World in 80 Days when a pair of customers take it on a global tour beginning August 4, 2017.

Honda Aircraft’s customers Julian and Kim MacQueen will fly their HondaJet to up to 26 countries as part of the tour, they have entitled Around the World in 80 Stays. The MacQueens will use the tour, in part, for research related to their business, visiting hotels in various cultures. The HondaJet will also be used for static showings and possible demo flights for potential customers at some airports during the tour. This is the first around-the-world flight for HondaJet. 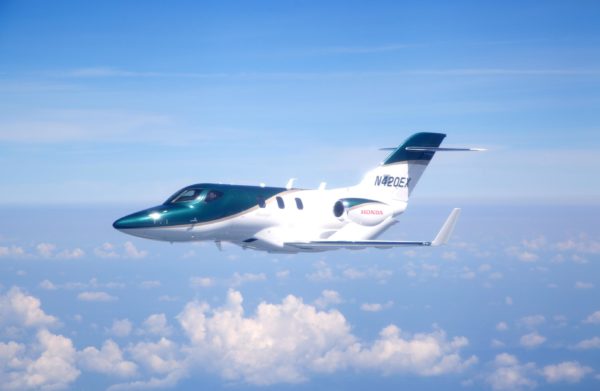 Honda Aircraft President & CEO Michimasa Fujino said that many people around the world will see the HondaJet in person and to see its high performance, quality and reliability. The world tour will begin August 4, 2017 at Pensacola International Airport in Florida and conclude when they return to the U.S. in the middle of October, 2017.