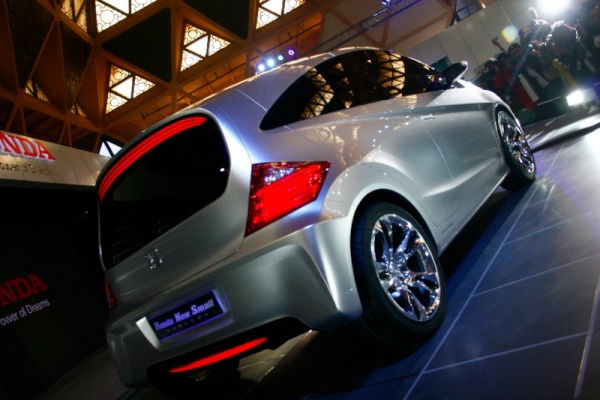 Honda Siel Cars India has announced an investment of Rs. 250 crore in its Tapukara Plant in Rajasthan for the expansion of its power train facility. The new and enhanced facility is primarily targeted at increasing localisation so as to cut down costs and to create a base for Honda’s upcoming small car showcased at the Auto Expo 2010. The small car will have a localization of more than 80% according to Honda. The price of the new car can be expected to be very competitive if Honda achieves that target. Currently, Honda cars sell at a substantial premium over the competition owing to the lower levels of localization.

The power train facility in Tapukara, currently under construction, will be completed by the end of 2010 and will be utilized to manufacture engine & transmission components such as Cylinder Head and Cylinder Block – which were till now being imported from Indonesia and Thailand. The Tapukara plant currently produces Crankshaft and Connecting rods for its Greater Noida plant and for export purposes.

Emphasizing on HSCI’s commitment to automobile industry, Mr. Takashi Nagai, President and CEO, HSCI, said, “The Tapukara Power Train facility expansion will help us to enhance our overall capacity in future and also to accrue benefits of low-cost manufacturing available in the country. This will enable us to capture more opportunities in one of the fastest growing vehicle markets in the world.”

“HSCI’s investments at the Tapukara plant, is a step towards our aim to make India the future manufacturing base for critical components for our global operations. An additional investment of will further strengthen our commitment to Indian automobile industry ”, He added.