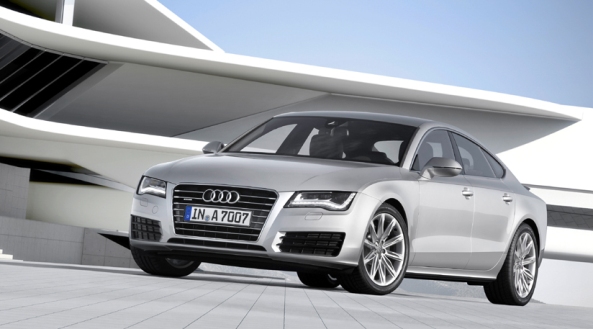 Audi has released the official pictures of its A7 Sportback. The new car is designed to give a more stylish option to the buyers of its rather drab A6. More importantly, its designed to go head-to-head with the next-generation Mercedes CLS and the forthcoming BMW Gran Coupe. Under the hood, it shares the platform with the new Audi A6 which will appear next year.
The exterior, while not exactly breathtaking or exciting is definitely better than the A6 or the newly launched A8, with its slightly distinctive lines, especially at the rear. It’s in essence a sharper version of the A6 for execs who are bored of their conventional saloons. 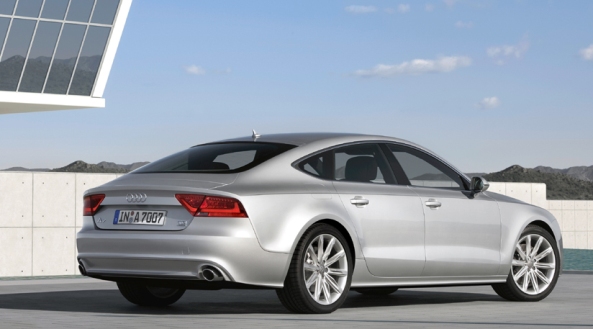 Inside, the A7 features Audi’s first ever head-up display. The A7 also offers the first look of Audi’s new take on its car’s interiors – swoopy and more curvaceous. The car will also feature the auto parallel park technology which rids the driver of steering the car while parallel parking. 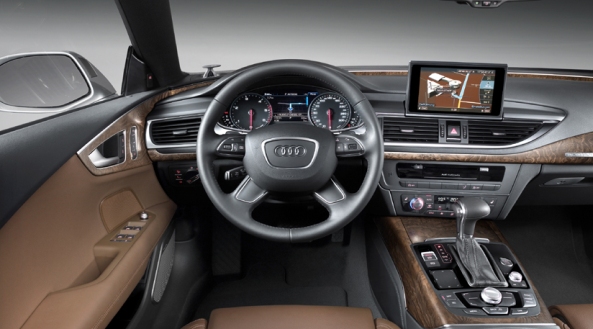