Home Honda Honda working on Brio sedan, to be introduced by 2013 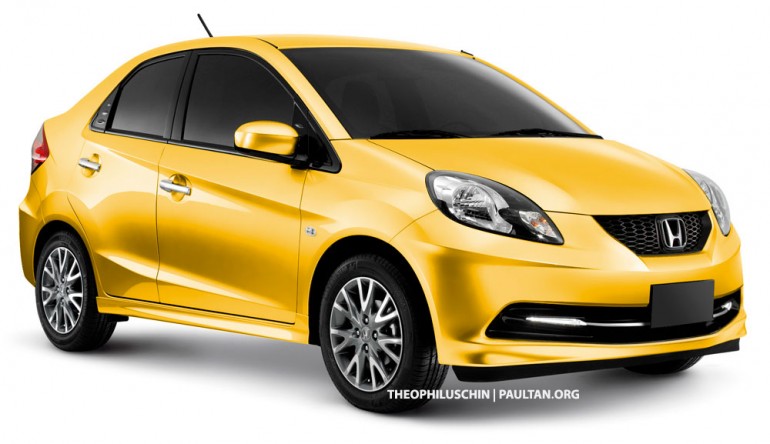 We reported in detail when it emerged that Honda might be working on a MPV based on the slow selling Jazz hatchback to rival the very popular Maruti Suzuki Ertiga MPV. Rumors of a MPV based in the Jazz have also been doing rounds. However, it has always been pretty sure that Honda will launch a C segment sedan based on the Brio sedan. It may be noted that rehashing hatchbacks into sedans as value offerings seems to be the buzzword, as far as developing countries go. From the Indigo, to Swift Dzire, to Vento, more recently the Skoda Rapid & Toyota Etios, every carmaker is creating a sedan version of its hatch to offer a more alluring choice for the car customer’s palate. Honda looks all set to jump onto the bandwagon.

The Japanese carmaker will be coming up with an entry level sedan based on the Brio compact sometime in 2013. The new car makes a tremendous sense for Indian and Thai car market. Goes without saying, the Brio sedan will have the Dzire and the Etios in its crosshairs. We cannot be sure whether Honda will be able to match the impressive space of the Etios with the Brio’s compact design, but the workmanship and quality of Honda products can never be doubted. The new Honda sedan should debut sometime in 2013.