Remember the mind-bending, interactive Honda Civic Type R commercial on YouTube? Well, Honda is at it again and is set to become the first brand to create a ‘never-ending’ You Tube film as part of an integrated campaign to launch the 2015 Honda CR-V.

The campaign known as ‘The Endless Road’ was launched yesterday, on the 7th of April 2015, and aims to promote the new, 2015 Honda CR-V. It is a fully integrated campaign, including print, outdoor and digital display. Shot by Nick Meek and led by creative agency, mcgarrybowen London, the world’s first ‘never-ending’ YouTube film will is now available via the HondaVideo (watch it now!) YouTube channel.

The YouTube film has transformed their television ad into an endless film, bespoke to the user and seamlessly personalised via real time location data. From launch the film will always be running, visually reflecting the time of day and weather of your particular location.

How does it work? 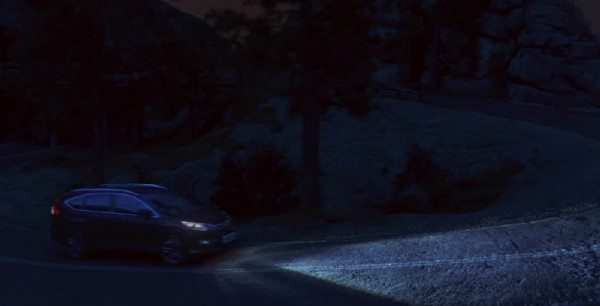 In parallel, Honda’s television commercial employs a hypnotic visual illusion to demonstrate Honda’s endless pursuit of better. The Honda CR-V is seen chasing a spiralling road that never quite seems to end, the CR-V moving through a world within a world – all infinitely looped together to mesmeric effect. As the campaign end line states “The Road to Great is Endless”.

The campaign was filmed using a one tenth scale model created by famed set designers The Magic Camera Company, with a custom motion control rig used to capture this unique illusion all in camera.

Jemma Jones, senior marketing communications manager for Honda says: ”We were confident in mcgarrybowen’s ability to launch the latest version of our flagship model, CR-V, with groundbreaking creative that lives up to our rich advertising legacy. The Endless Road delivers against that promise, a pioneering campaign set to turn heads this spring”.