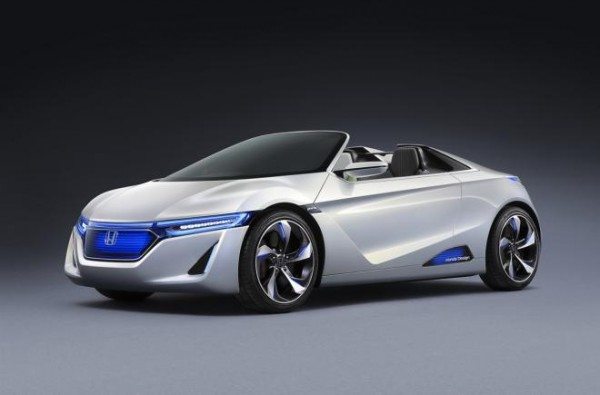 Honda has always been known for building some of the most competent of compact, open-top sports cars (read: S600 and S2000). It now seems that the Honda wishes to jump back into the entry-level compact sports cars market with the launch of a Scion FR-S/Subaru BRZ adversary. It is being said that the boffins at Honda are seriously considering a new affordable sports car which would be smaller than the S2000. The car, which could be christened as the S1500, could make its debut in late 2015/ early 2016.

People closely related with Honda say that the S1500 is on the drawing boards at the manufacturer’s Tokyo headquarters. This car could be even smaller than the Mazda MX-5 and could be powered by a 1.3-liter/1.5-liter inline-4 cylinder engine with i-VTEC. This engine could be derived from that of the Fit’s motor and would have a max power of approximately 140 PS. Factor in a kerb weight of just 900 kgs and you have a perfect recipe for fun. . some serious fun! The engine could be mated to a 5 speed manual box that would transfer the power to rear wheels. Don’t be surprised if the speculated Honda S1500 comes with a mid-engine layout!The car would be priced around $20,000.

Talking about the car’s exterior design, the S1500 could either take design cues from the Japan-Spec N-ONE or take inspiration from the current generation Civic. There are good chances that it would be the former that would lend design inspiration to the S1500, for the N-ONE inturn is inspired from the S600.

Not much is known about the speculated Honda S1500 Entry Level Sportscar but stay tuned to Motoroids for more updates on this.