At ‎Motegi, Japan Marc Marquez claimed his 69th win at Twin Ring Motegi making him the world champion for 2018. He has won despite having three races to go for this season. Also present at the event was Honda President and CEO Mr Takahiro Hachigo. Teammate Dani Pedrosa finished 8th at the race finishing in with a time gap of 15.582 seconds. While Marquez started out at the sixth spot at the grid, Pedrosa started 11th at the grid. Moreover, Marc Marquez won the 2018 World Championship with more three races to go before the end of the season. 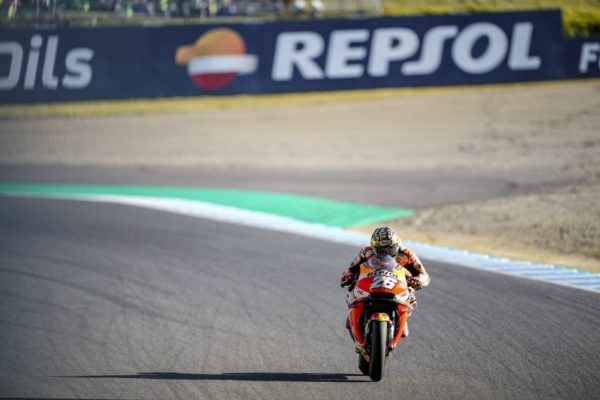 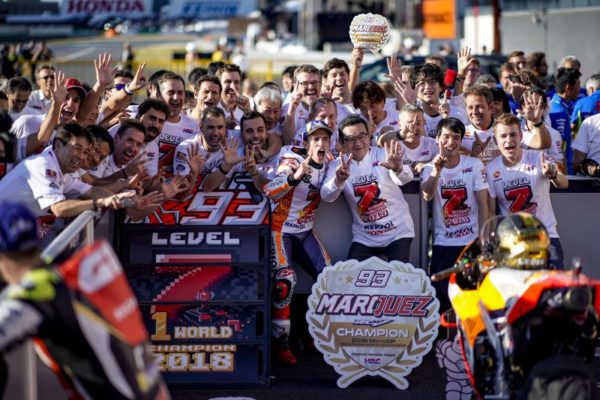 Commenting on the win, Yoshishige Nomura, HRC President, said, “Despite the expectations and pressure to win his third consecutive title, Marc has mesmerized his fans with an outstanding performance throughout the season. I congratulate Marc on another job well done. I would also like to thank the team who supported him, our many sponsors who have supported our racing activities, and MotoGP fans all over the world for supporting the sport.” 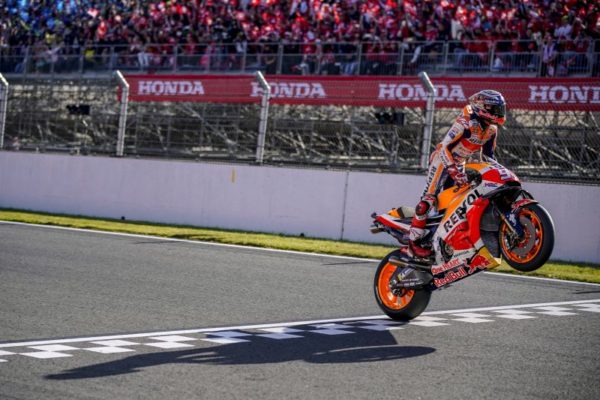 An excited Marc Marquez said, “I feel really, really good. I would say it’s a dream came true, or better, that I’m living a dream. It’s something so special, here together with my team, all the Honda and HRC people, my family and my staff. It has been a great season, and ever since Aragon I’ve been tasting, imagining this title because it was very close. Then I realized that this wasn’t my style, and I needed extra motivation, so I set the goal of trying to achieve it with my first match ball—in Motegi, by winning the race. This circuit was a challenging one to manage that, but it seems like when I’m underpressure, I feel better on the bike! Today the race was as I expected. I was prepared to make a good start and immediately make some passes.”