Twenty-five years post the debut of the original, the new Honda NSX production version has made its European debut at the Geneva Motor Show 2015.

European customer deliveries of the new mid-engine sports hybrid NSX are slated to begin in early 2016. Specifically created to bring a “New Sports eXperience” to the supercar segment, the NSX challenges prevailing beliefs about supercars as much as the first generation did a quarter of a century ago. 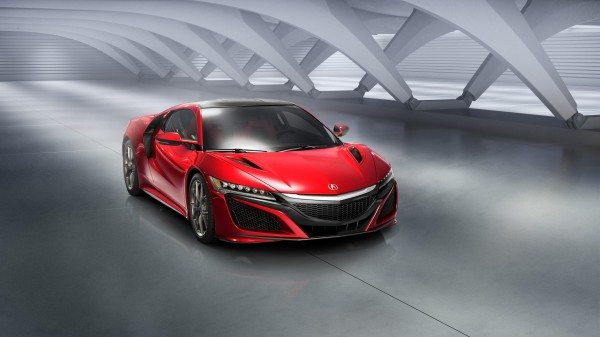 The 2015 Honda NSX gets a completely powertrain in the form of a twin-turbocharged 75-degree DOHC V6 engine connected to a nine-speed dual clutch transmission (DCT) and three electric motors. This Sport Hybrid technology is housed within an ultra-rigid and lightweight multi-material chassis that features world-first material applications and manufacturing processes.

The 2015 Honda NSX was developed under the theme of ‘Precision Crafted Performance’. The development of the NSX started from a clean-sheet and involved nearly three years of intensive development effort by a global design and engineering team led by engineers at Honda’s development centre in Raymond, Ohio.

The body features classic low and wide proportions, sharply contoured surfaces, an aggressive front design, and tail lights that pay homage to the original NSX. The signature side intake and floating C-pillar collects air to feed the mid-mounted engine and directs airflow over the rear deck to increase downforce. To accommodate the new longitudinally mounted engine and transmission the production vehicle was lengthened by 79 mm and widened by 25 mm compared with the NSX Concept first shown in 2013, resulting in a slightly more cab-forward package.

The NSX has undergone extensive testing at the company’s state-of-the-art wind tunnel in Raymond, Ohio, leading to a number of significant changes from concept to final body design. These include modified bonnet vents, new front wing vents, modified side air intakes, and an optimised rear spoiler.

The NSX was designed from the inside out with an uncompromising focus on the driver. The ‘Human Support Cockpit’ provides exceptional driver control, visibility and packaging. While the principal endures from the original NSX, the technologies and techniques employed to achieve the objective in the all-new model have advanced immeasurably in order to meet the extreme performance expectations of a modern supercar. 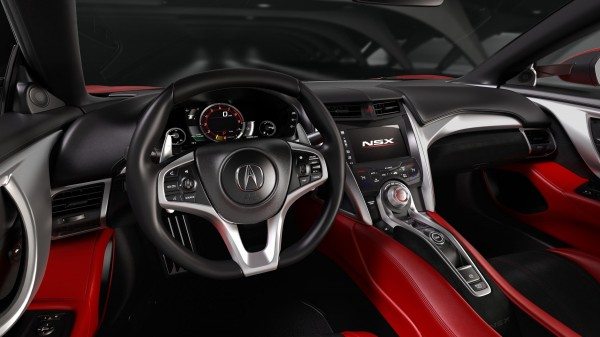 The NSX’s instrument cluster gets a dynamic TFT screen that displays various categories of vehicle data and settings according to the selection made by the driver via the Integrated Dynamics System dial control on the centre console. The power button of the NSX has been located in the centre of the dial. 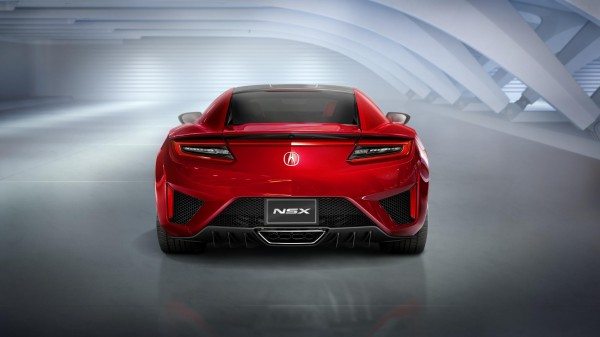 The NSX uses its front electric motors for dynamic torque vectoring in addition to enhancing acceleration and braking performance.

The NSX’s dial-operated Integrated Dynamic System features Quiet, Sport, Sport+ and Track modes. The system adjusts engine, motor, transmission and chassis response, as well as the engine sound level, based on the needs of the driver and driving environment. Quiet mode enables electric-only driving at lower speeds for short durations. Dynamic vehicle responses become increasingly sharp as the driver moves from Sport to Sport+ mode and, finally, to Track mode, where the NSX reveals the full spectrum of its performance capabilities.

The NSX also features a ‘launch’ function to achieve the ultimate acceleration from standstill, aided by both the engine and the three electric motors.