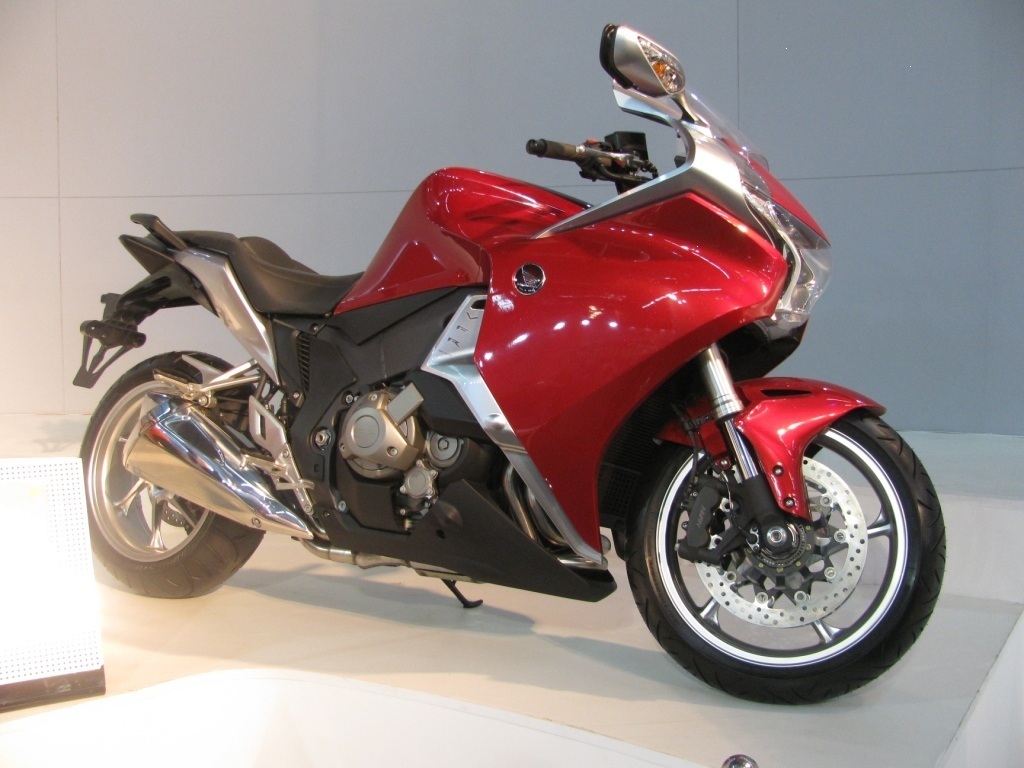 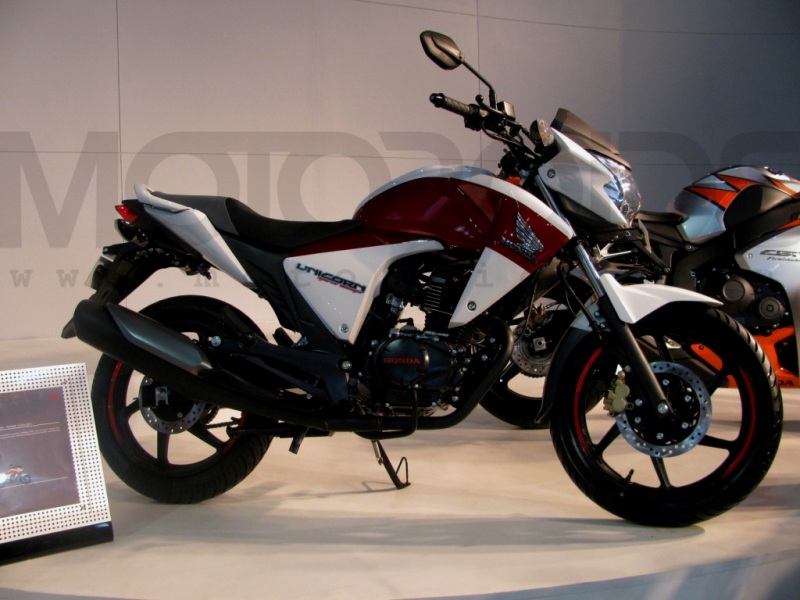 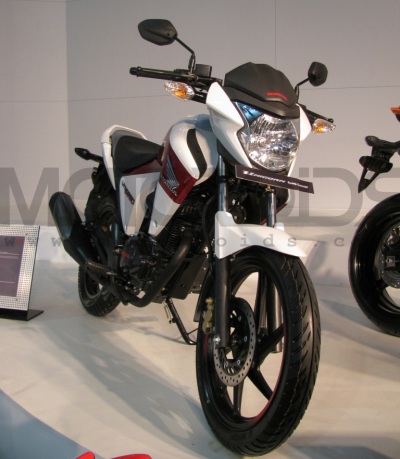 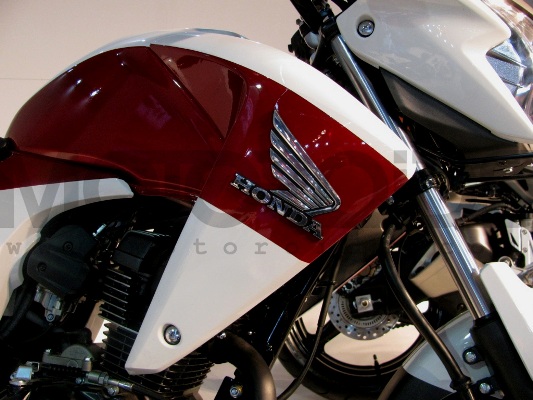 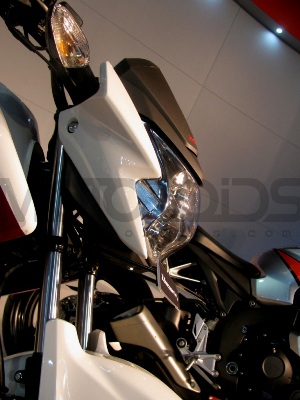 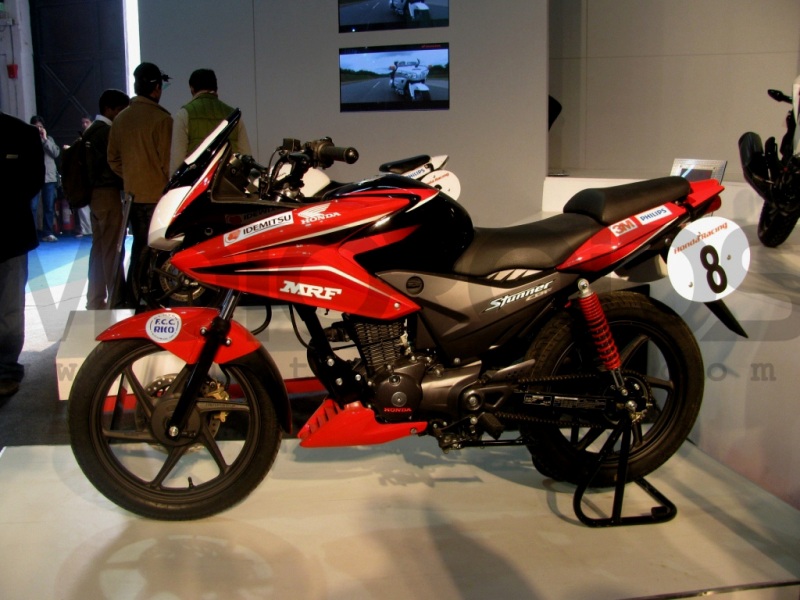 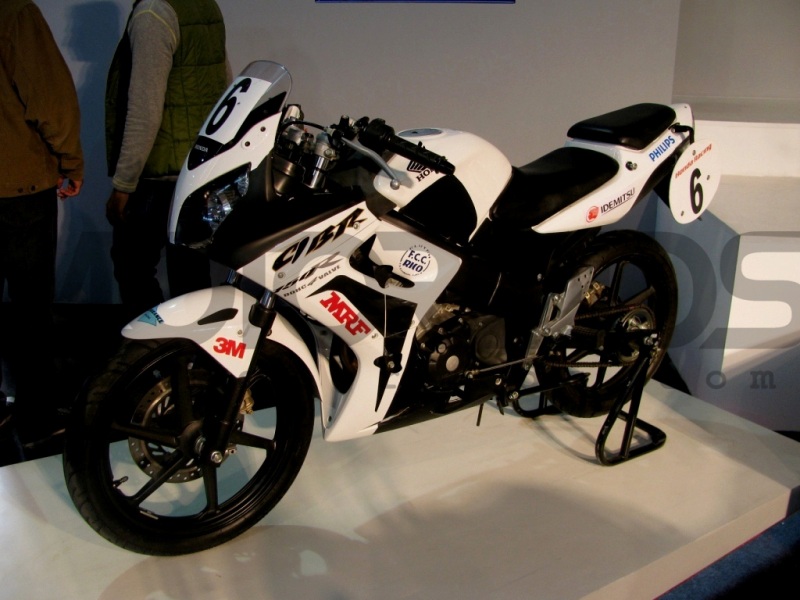 At the Auto Expo, Honda displayed its technological prowess. After the speeches of various Honda personnel, the multipointed focus of HMSI and the large jump in sales that Honda envisaged for the coming year, the U3X was presented to the press. Gliding in at walking speed it demonstrated it’s amazing ability to move in any direction by simply altering the centre of gravity. The model riding it in showed the press the way it could be moved forward, backward or even diagonally. An evolution of the technology used in the Asimo humanoid robot, it is perhaps a portent of what two wheelers can do in the not too distant future. Stay tuned to have a glimpse of the U3X in demonstration.

The HMSI stall also has some bike simulators in line with the Honda commitment to imparting rider training, which is a unique step towards educating them and polishing their road skills making them better defensive riders.The new models of the aviator and the activa were introduced along with the much awaited 100cc twister, which brings a refreshing new look to the 110 cc segment.

Last but not the least, were the big imported Hondas  that are being sold  by HMSI. The CB 1000 and the Fireblade are already being sold here – they were joined by the much awaited and new VFR1200. The big VFR has a  cast aluminium single sided swingarm that is a part of the shaft drive system, and the attention to detail and sheer quality of finishing of the cast and painted parts is something that other manufacturers should try to bring to their own machines. All that quality is not likely to be cheap, but you will be surely getting the bang for your buck.

The show ended with a demonstration of bike control by Honda’s riders outside the pavilion. Stay tuned as we update you with more pictures of the Honda stall and exhibit. 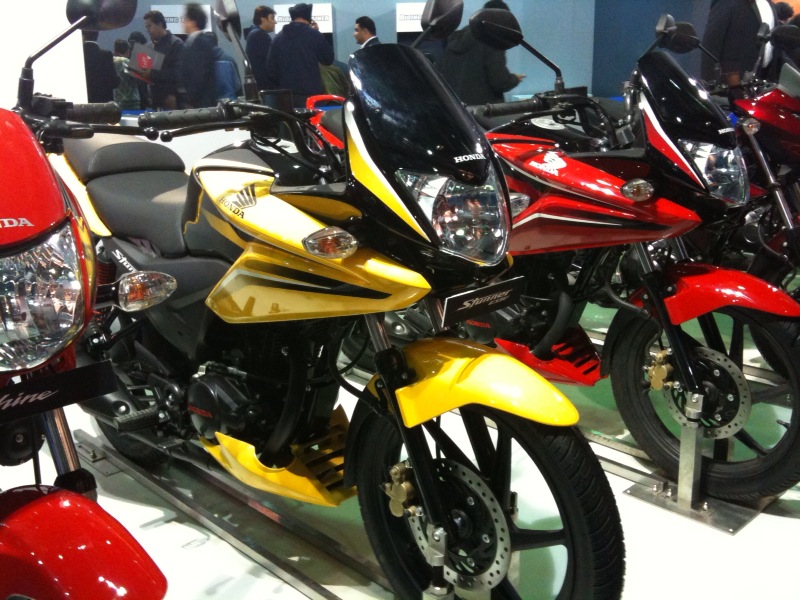 The new 2010 Stunner will be available in showrooms from February, 2010. Check out the pics from the launch. The most obvious addition to the Stunner is the new Engine Cowl. There are slight changes in the color themes as well. 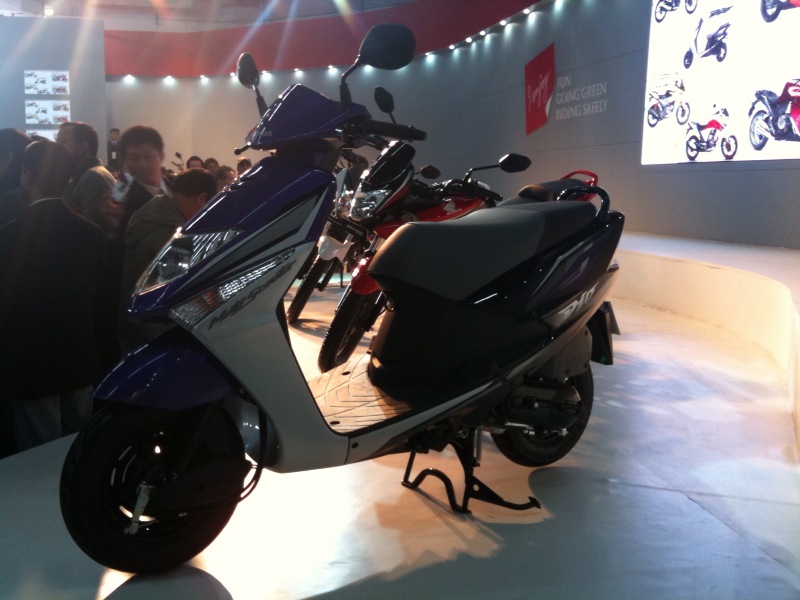 The new Honda Dio possesses a revised engine to meet the necessities of the Bharat stage IV emission norms. Thus, the new scooter is bound to be more eco-friendly as well as fuel efficient. It will also be available in new color themes. 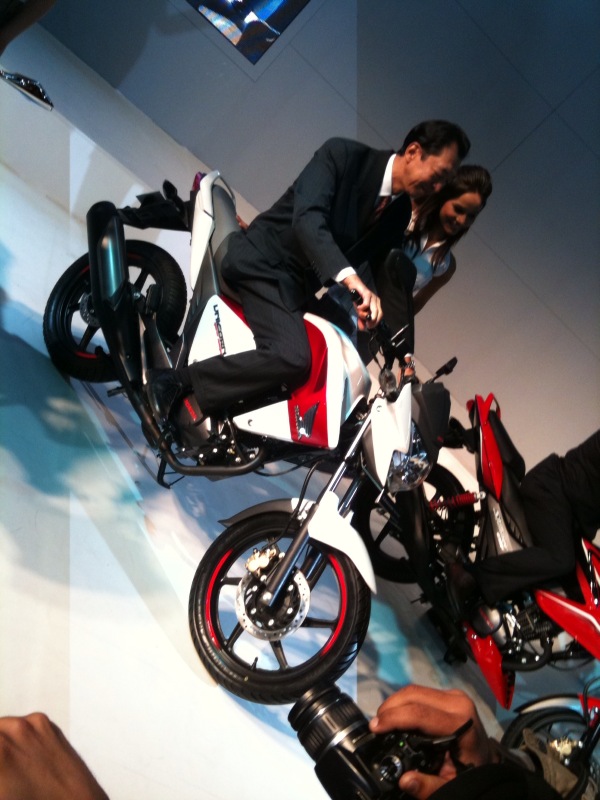 The 2010 Honda Unicorn Concept was one of the most attention seeking exhibit at the HMSI stall. the new bike has left no signs of the older Unicorn as long as looks are concerned. It is obvious that the new Unicorn will retain its Mono Suspension. The headlamp has been highly revamped to give it a semi-naked look. The bike features a pair of attractive tank fairings which adds to the muscular look of the bike. Stopping power of the bike will be very well enhanced due to the addition of rear disk brakes. The bike features rear set foot pegs which deletes the previous commuter feel of the Unicorn. Unlike the previous version, the rear part of the bike has been risen a tad higher to reveal its wheels. The bike also features a slightly revamped silencer with a newly designed silencer shield. In simple words, the new Unicorn has been given a more aggressive and sporty touch as compared to its previous version. Stay tuned to know more about the new Unicorn.

Honda to unveil and launch the Hero Honda 2010 Stunner. The launch will talk place at 1.30 pm today. Here’s a sneak pic of the new Stunner.

We will keep you posted as we get some more dope. 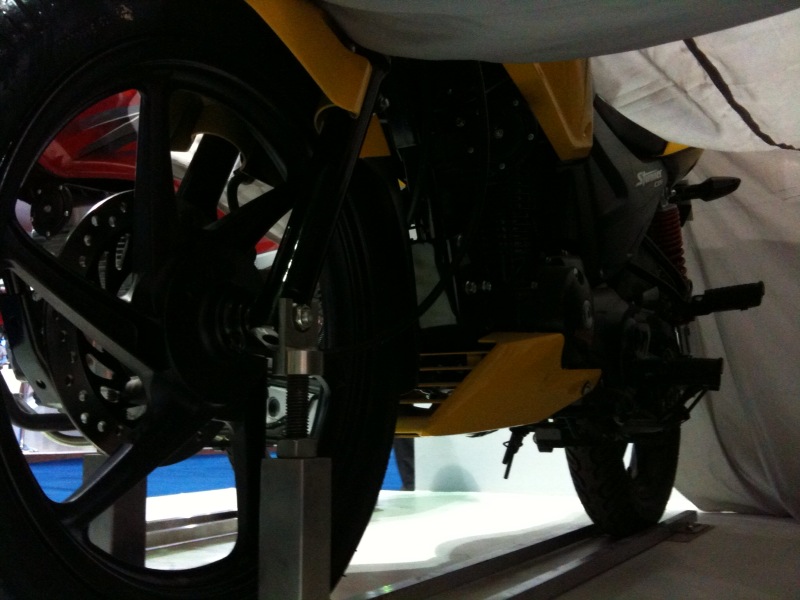 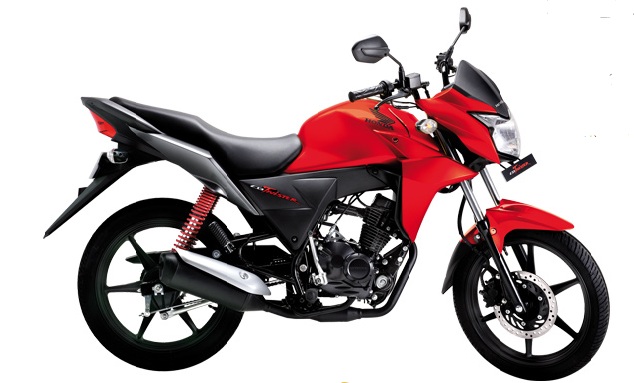 Honda was in news all these past 4 months, when the spy pictures of the Twister, supposedly to be launched in India were leaked on the world wide web. The ‘Twister’ tag had been used by the company for its street bikes in upcoming markets like Brazil. But though the Twister brand houses come juicy engines like a 250cc or a 300cc in Brazil, the Twister which was launched in India, houses a puny 110cc engine. But with sportier styling, gorgeous looks and a PGM- FI fuel injection system housed in a relatively simple air-cooled engine, Is enough to hold our attention.
The new CB Twister will obviously take the center stage at the company’s booth at the Auto Expo.

Another highlight you would get to see from Honda is a new concept bike reportedly set out to replace the Unicorn. The design cue for the new concept bike has been heavily drawn by the Stunner and the Twister. The engine to be fused in the concept bike will be a retuned version of the Unicorn’s 150cc bike. 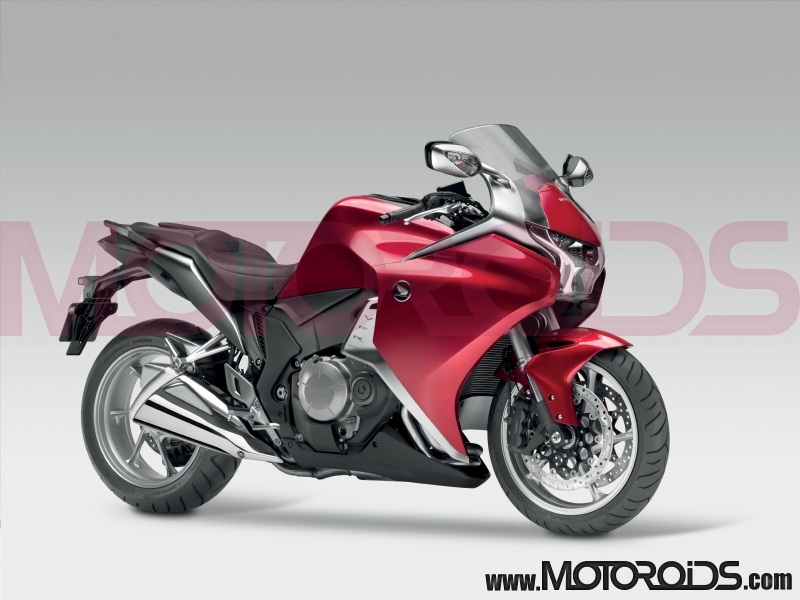 Joining the center stage with the CB Twister and the Unicorn’s replacement bike is the new sports tourer- VFR 1200 F. The American Honda Motor Company made headlines in the international automotive market by being the first to introduce the fully automatic motorcycle dual- clutch transmission for large displacement sport bikes. It features F1-car like paddle shifters in manual mode. The 1237cc 76 degree V4 powerplant dishes out more than 175PS at 10,000rpm and a torque of 129Nm at 8750rpm.

Staying true to Honda’s promise of a tech-fest, the bizarre looking new bike incorporates a whole array of the latest wonders of the biking technology. The new generation V4 engine leads the technology bonanza of the VFR and as Honda puts it, ‘sets the stage for Honda’s next 50 years.’ The VFR was launched in October worldwide and we are expecting to see the bike in showrooms across India some time in third quarter of 2010. And certainly, the VFR 1200 F will be one of the star attractions at this year’s Auto Expo. 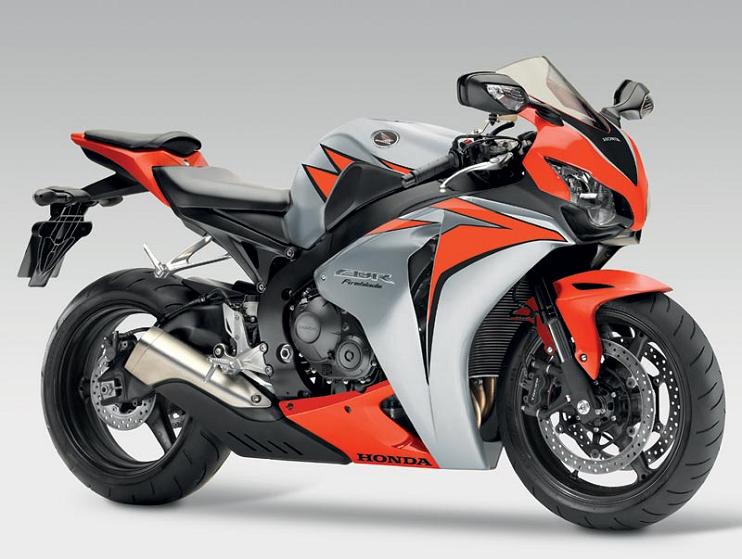 The bike was launched in October, 2009 worldwide and is expected to be seen in the showrooms across the country sometime in 2010. 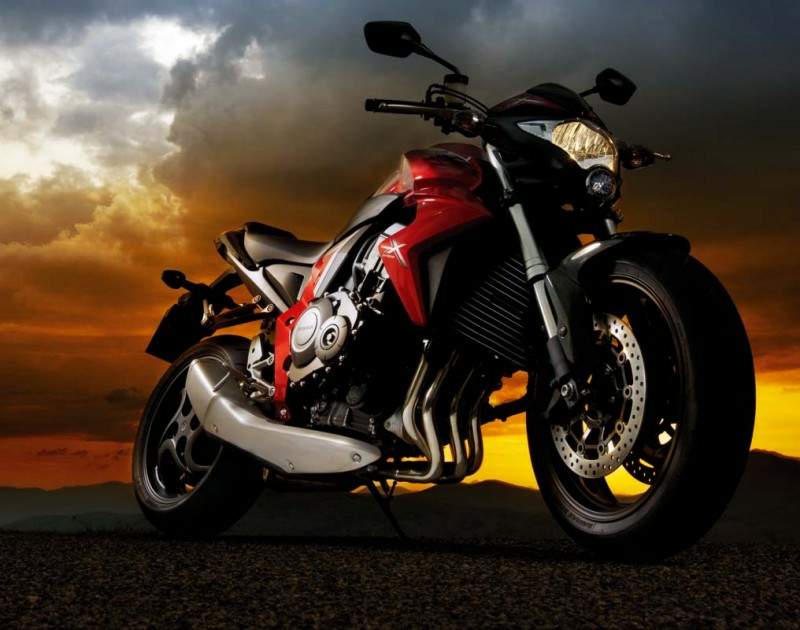 The new 2010 CB 1000 Roadster, will also be adding to Honda’s limelight at this year’s Auto Expo. Though the revised 2010 CB 1000R, remains unchanged from its previous variant when it comes to mechanics and specifications, the new CB didn’t quite fail to evoke a dazed response from the Honda fans by its range of colours.  When the bike was first unveiled in the U.S.A, in almost all the shades of brown, it was pretty hard to digest the new CB in the beige perspective. But soon, it dawned upon all, that it actually looked interesting and the new colours found acceptance among Honda loyalists. And you would get to see the new 2010 BC 1000R with the C- ABS and metallic beige paint in flesh, at the Auto Expo in New Delhi. 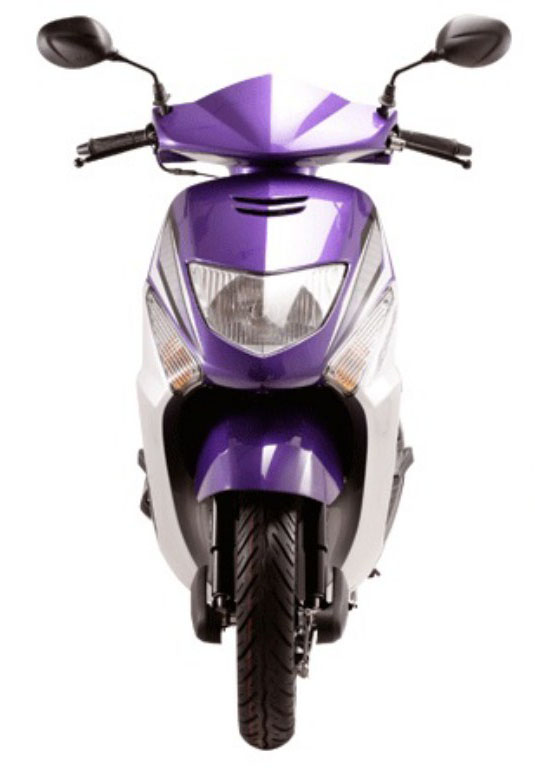 The 2010 variant of the Honda Dio will have its engine slightly tweaked to comply with the Bharat IV emission norms. Along with the engine tweaks, the scooter will sport new color themes and stickers as well. We expect a preview of the new scooter at the expo.