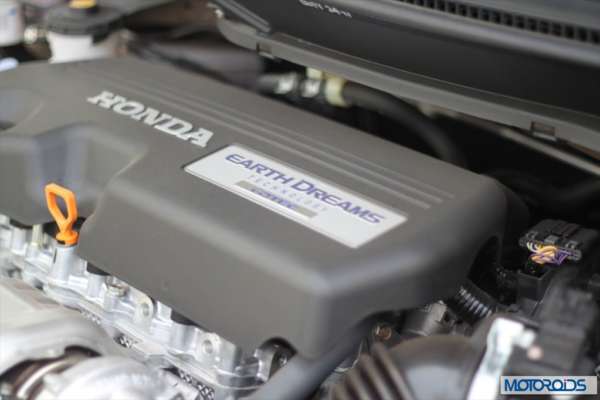 Japanese car maker Honda has big plans for our country and we aren’t talking only about the recently launched i-DTEC diesel engine that made its debut with the Honda Amaze compact sedan.

It may be noted that the Honda Amaze is an important car for Honda Cars India and is busy giving sleepless nights to the boffins at Maruti Suzuki (the maker’s of high selling Dzire). The i-DTEC diesel engine that made its debut with the Amaze sedan displaces 1.5 litres and has a class leading power figure of 100PS. While this power figure is considerably more than that of the Dzire, the real weapon in 1.5 i-DTEC’s arsenal is the stellar fuel efficiency figure of 25.8 kmpl, which makes it the most fuel efficient car in India.

While Honda Cars India have done well to launch a much needed diesel car in our market, Honda isn’t one to sit on its laurels and instead, has more in store for us.

It has emerged that Honda plans to make India an export hub for exporting diesel engine components to Asian and European markets. It has also been officially confirmed by Honda that the carmaker plans to launch three-four new cars with diesel engines.

“We will export diesel engine components to Europe and South East Asian markets from India. This fiscal, the target is Rs 500 crore against Rs 332 crore registered in 2012-13,“ Honda Cars India senior vice president, Jnaneswar Sen said here on Monday at the launch of its new sedan, Amaze, in Kolkata.
Sen also said that Honda Cars India has high hopes with diesel cars as he feels that the demand for diesel cars will continue.

He reconfirmed that four new models- a compact SUV, a seven seater MPV, the new Jazz and the new City— will be launched in India in next two-three years. These car may be launched with 1.5 or 1.6 litre diesel engines.

Good times ahead for Honda and Indian car buyers? Most likely.