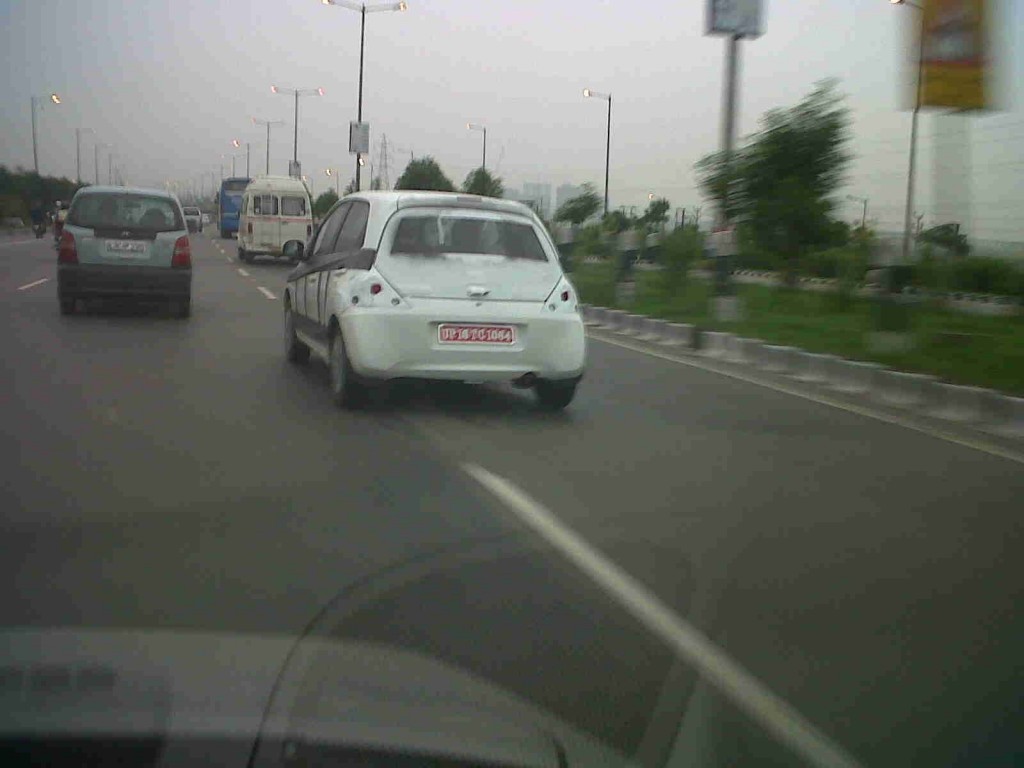 Honda in India desperately needs a breakthrough as the erstwhile market king  is at the mercy of its buyers due to competition offering more for the buck and a diesel option too. Honda is counting on their first mass market small car which will be the Honda Brio.We have got our hands on some spy images of the Honda Brio doing test rounds on the Noida Expressway; the spy car being lightly camouflaged could easily be recognized by Mr Rohit Anand a fan on the NDTV Car and Bike show. According to Mr Anand the car was as small (or smaller) as the Chevrolet Beat and had a glass hatch.

The Honda Brio is expected to make a debut during the festive season and will be powered by the 1.2 lit engine which does duty on the Jazz. In all probability the engine plonked in the Brio will be a detuned engine which be more fuel efficient as petrol prices are sky rocketing. The Brio will be localized to its max to keep the input costs low so that Honda can aggressively price the car in competition with the i10 and Beat.

The biggest question is that will the public opt for the Honda brand which will give a single petrol engine option or switch to Chevrolet Beat which looks younger and also is offering a frugal and fuel efficient diesel pot. On the other hand Honda may plan to launch a diesel Brio maybe in 2013, Apart from the Brio the facelift Jazz is also expected to debut very soon. Stay tuned!