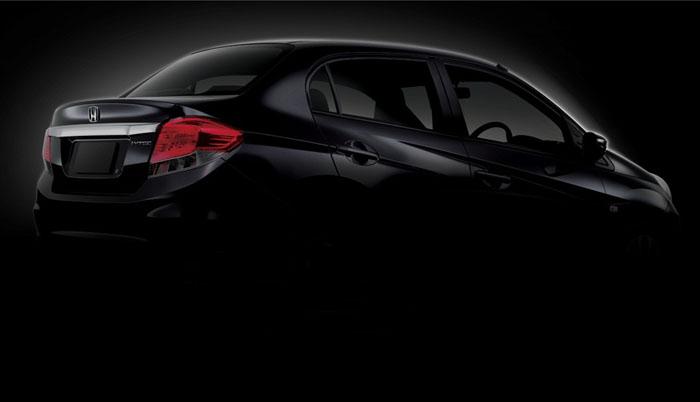 Honda’s Brio sedan will be called the Amaze. It is being said that the car might deliver a mind-bending 24 kmpl of ARAI certified fuel efficiency. The Brio sedan, or Amaze, which is in the final legs of its development will be launched in Thailand on 23 November. The Thai market launch will be followed by an Indian debut.

The Brio sedan or the Amaze will be the first Honda car to be launched with a diesel engine in India. At a recent event marking the beginning of the export of the India-made Brio, Honda officials vaguely suggested that the Brio sedan may get a new 1.5 litre four cylinder diesel power plant. The engine would be derived from the new 1.8 liter Earth Dream diesel power plant which is the latest addition to Honda’s (very) small portfolio of diesel mills. It is expected that the same engine, although in a different state of tune will propel the new gen City and Jazz hatchback as well. It would be safe to assume a 100 + PS power and 250+ Nm torque output from the new engine.

The Amaze will be available with a petrol engine as well. No prizes for guessing which engine will be propelling it though. Yep, the 1.2 liter i-VTEC with 90PS and 110Nm currently powering the Jazz and the Brio. The engines will initially be mated to a 5-speed manual tranbsmission, with auto options following at a later date.
Honda is pressing the pedal on the Brio sedan production and launch. A delegation of Indian auto journos will most likely be sampling the car in Japan this month. Watch this space, as we’ll keep our eyes fixed on any developments regarding the topic.

Honda Brio Sedan to be called the Amaze. The Brio sedan, nay, the Amaze will hit Thai market on November 23 and should come to India by January 2013.