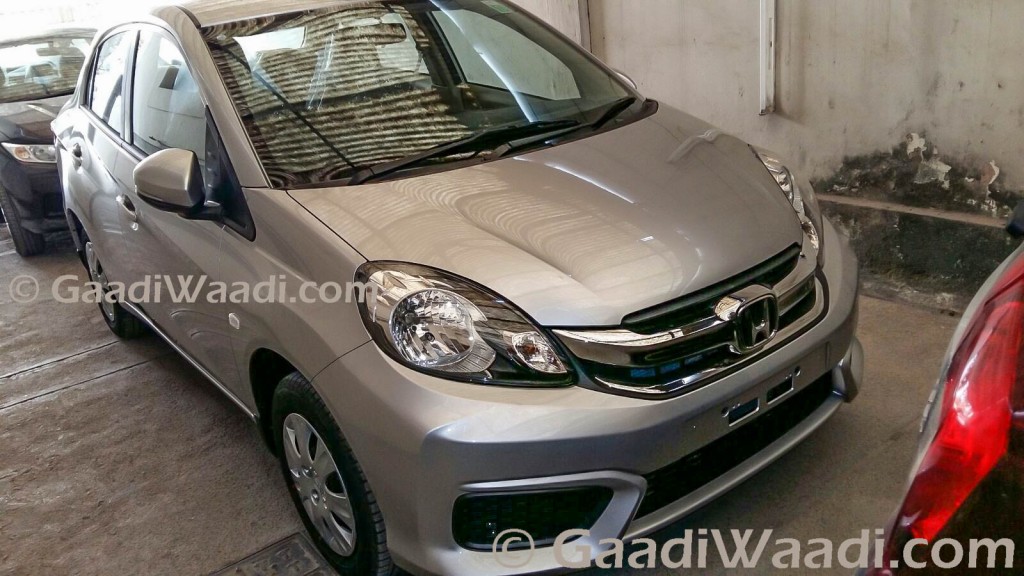 The Honda Amaze facelift has been spied again, ahead of its purported launch on March 3. This time around, the spy images reveal the freshened up rear end, and more importantly, show the all-new dashboard design. This is the sub-4 meter long compact sedan’s first face-lift ever since it went on sale in India, back in 2013. 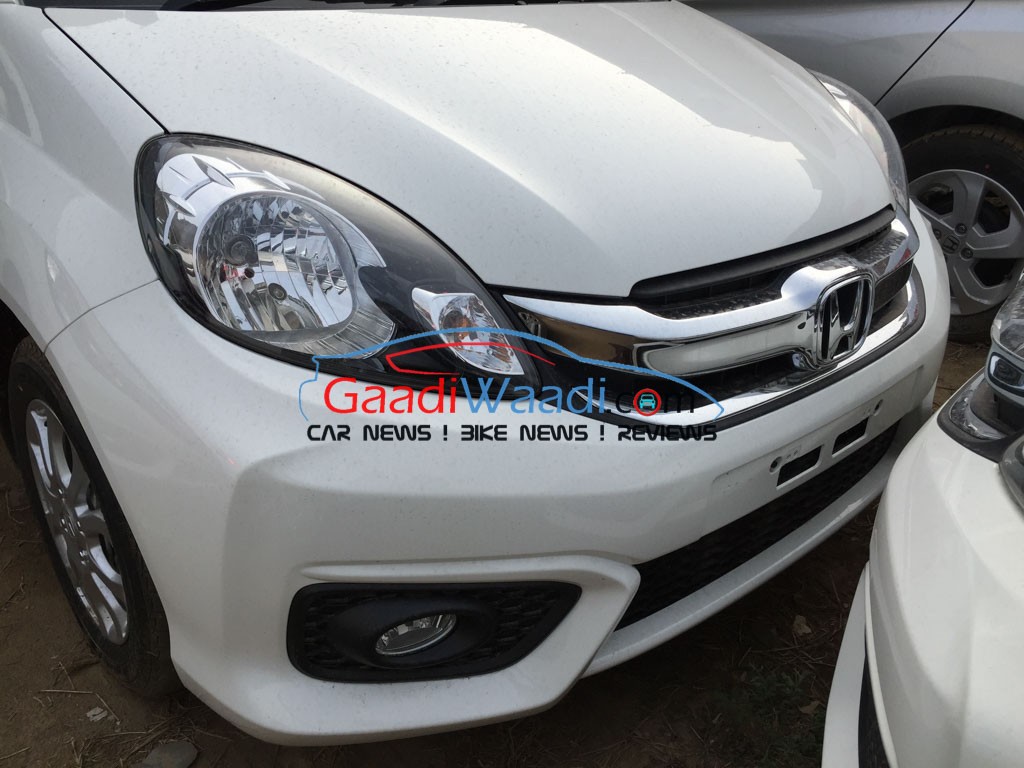 Up front, the face-lift adds a different front grille with a thicker chrome slat running across, black accents inside the headlamps, and a completely redesigned front bumper. 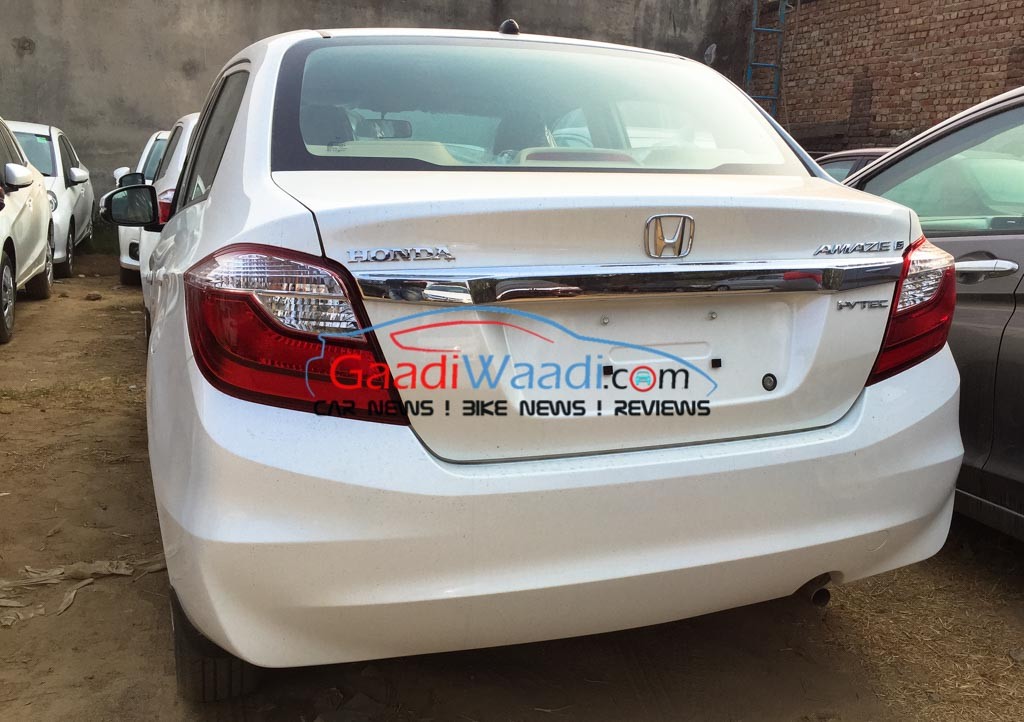 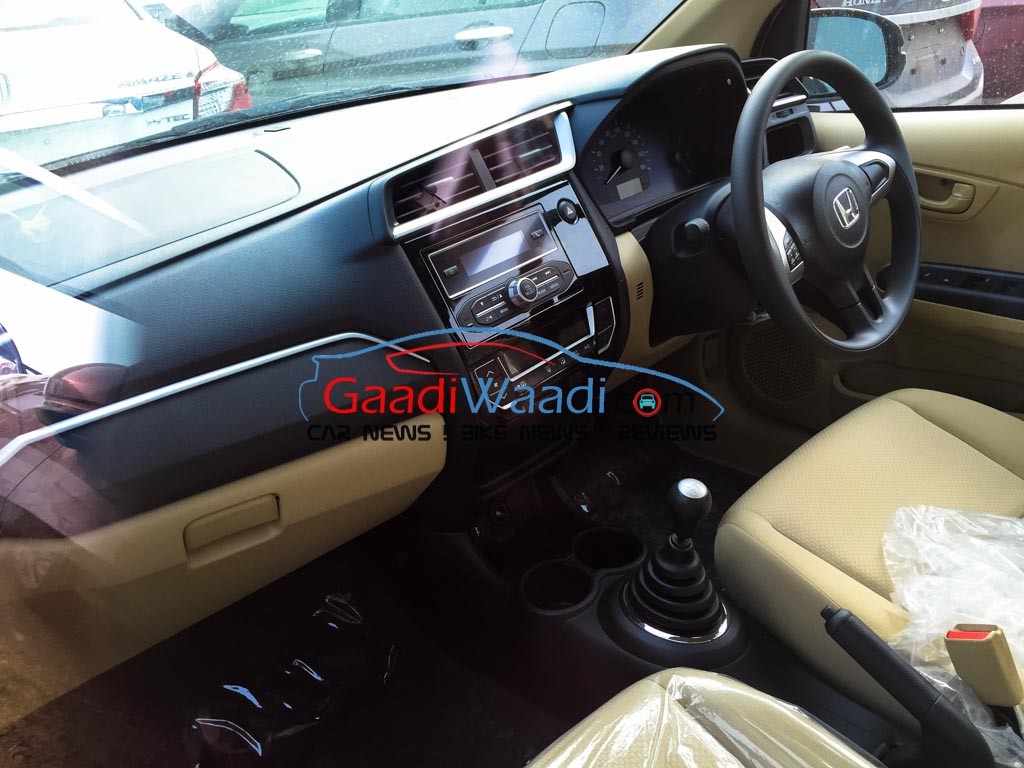 However, the most important addition has to be the all-new dashboard design. Derived from the upcoming BR-V crossover and the Indonesian-spec Mobilio, the new dashboard not only looks more contemporary than the earlier one, its also brings in a new instrument cluster, automatic climate control and a fresh 2-DIN Bluetooth-enabled music system. The higher variants are said to get a touch-screen equipped infotainment system. 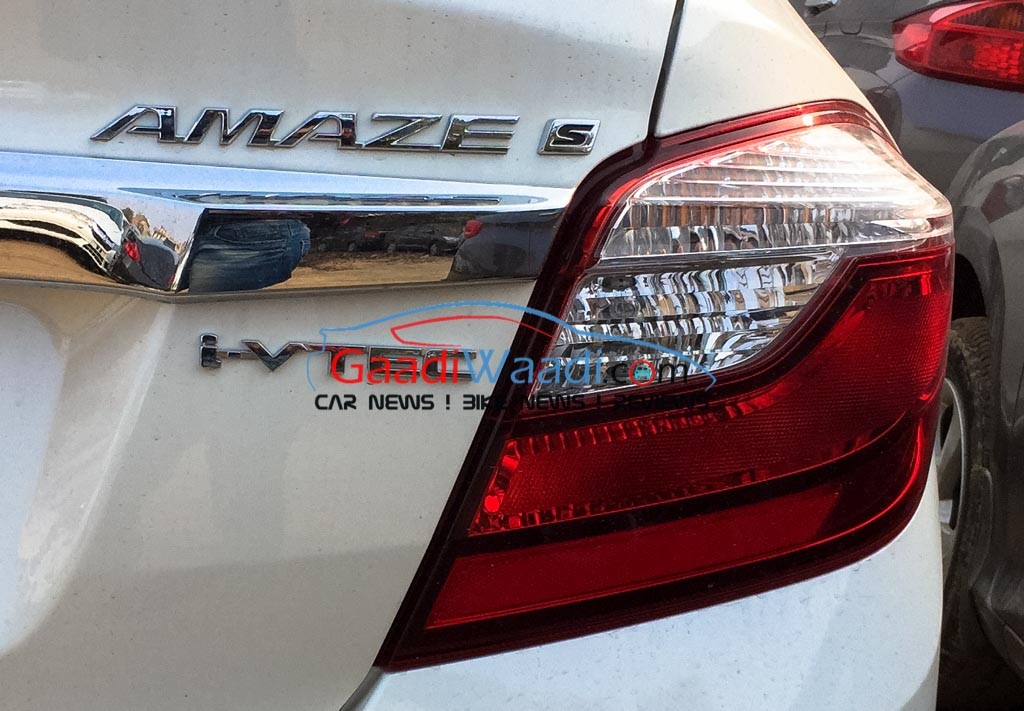 As of now, there are no reported mechanical changes, which means that the Amaze facelift will soldier on with the 1.2-litre, i-VTEC petrol engine rated at 87 bhp/109 Nm and the 1.5-litre, i-DTEC diesel engine which is good for 99 bhp/200 Nm – both mated to a standard five-speed manual transmission driving the front wheels, with the petrol variant getting an optional 5-speed automatic transmission. The Amaze facelift could employ a driver airbag and ABS as standard across all variants.