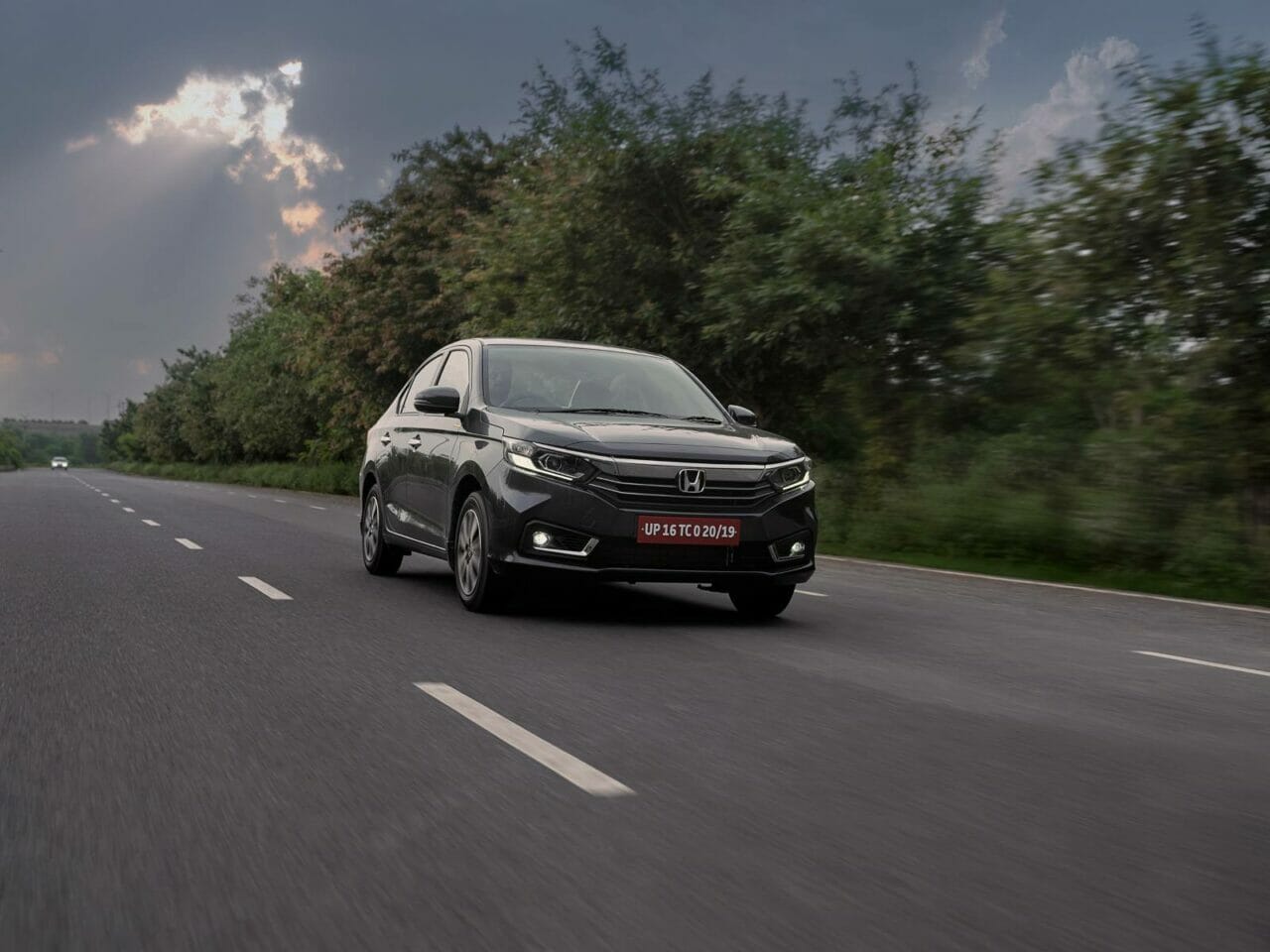 The Honda Amaze brought in a lot of firsts for Honda India back in 2013. It was not only the first compact sedan by the Japanese manufacturer but also their first diesel car for our market. The Amaze has been a popular compact sedan for Indians and it is second only to the Maruti Suzuki Dzire in terms of sales. The current generation Amaze has been out since 2018 and 2021 calls for a facelift. Let’s see what has changed with this new update: 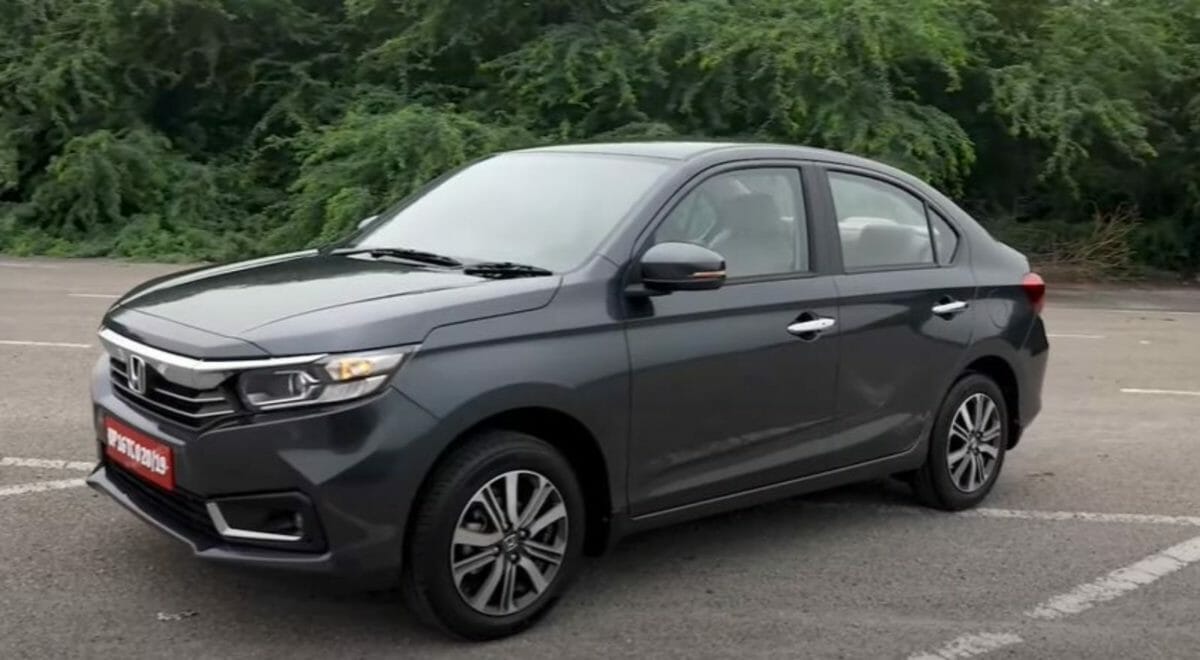 The new chrome grille gets three horizontal slats below it and the lower half of the bumper receives the same treatment as well. The talking point of the facelift is the new LED projector headlights with LED DRLs. 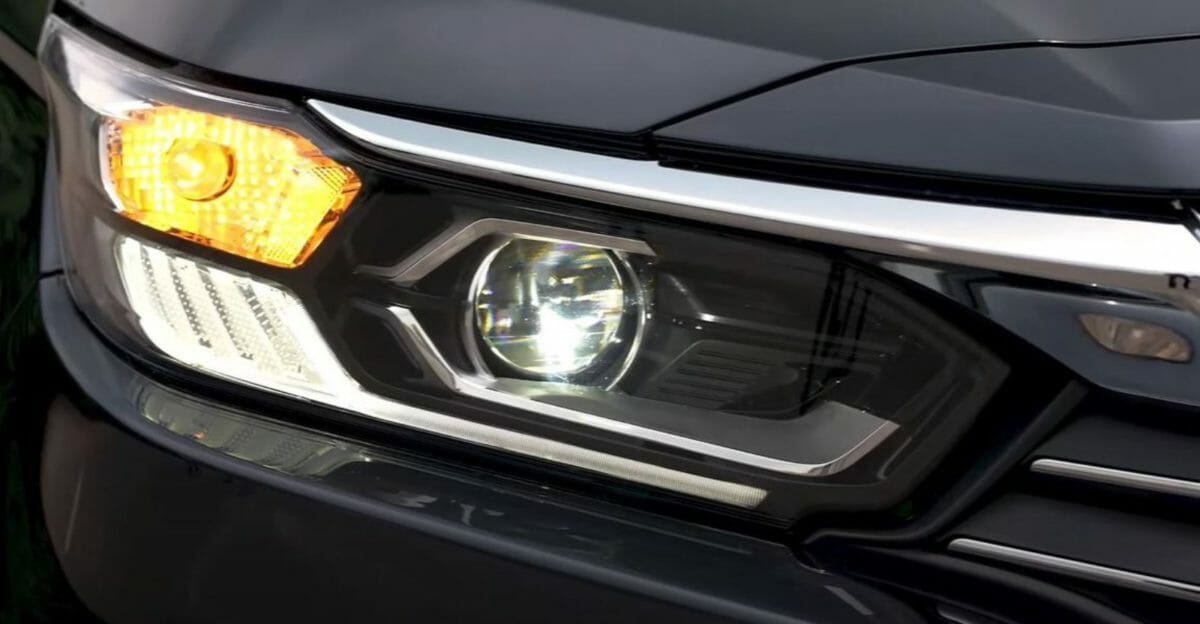 The fog lamps are also LED projector units now and the overall face of the Amaze looks fresh. Move on to the side and you will notice the new 15-inch diamond-cut alloy wheels and chrome door handles. The rear receives new C shape cluster taillamps which are now LED. Talking about the rear, the Amaze gets the best in class boot space of 420 litres. 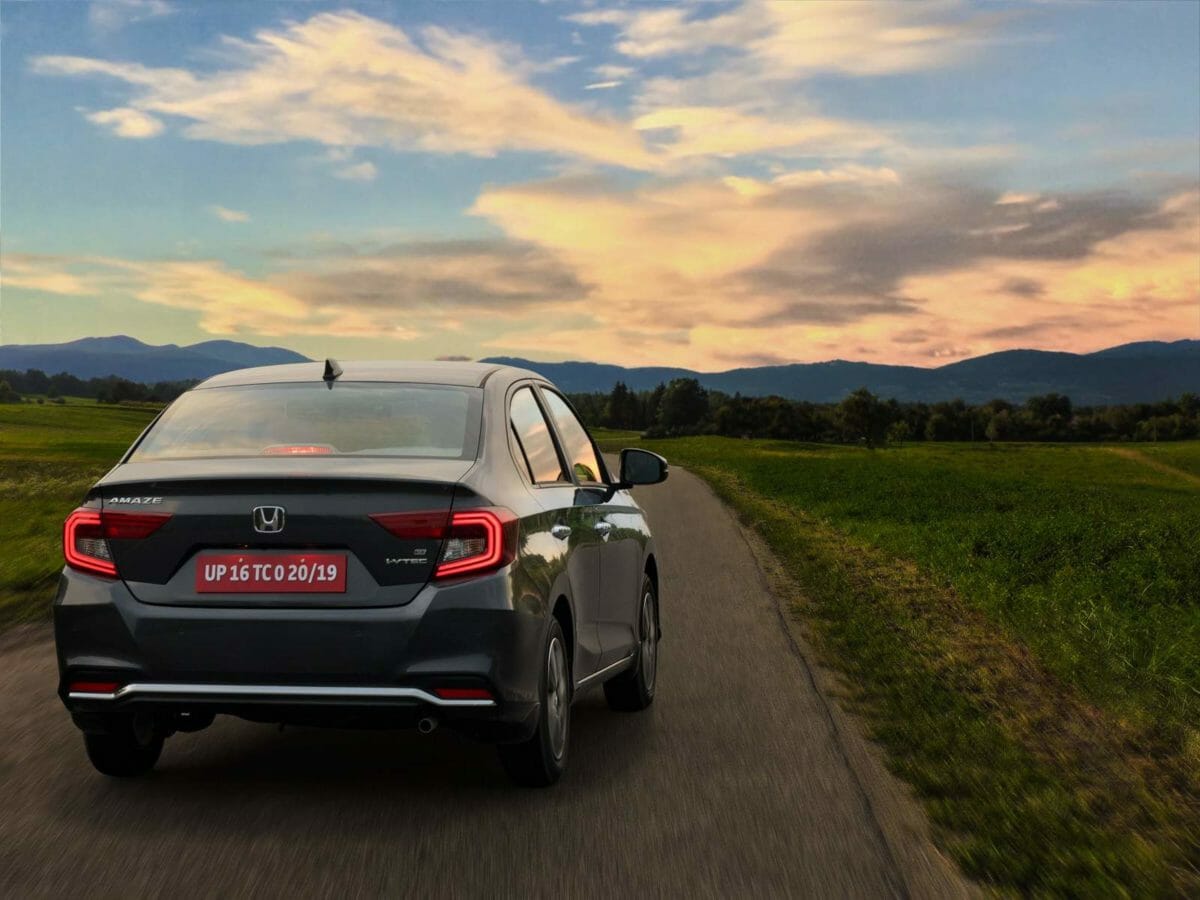 The interior uses some new materials to uplift the cabin. The overall layout of the dashboard remains the same and the dual-tone beige and black theme have been carried over as well. The door pads, steering wheel, A/C vents and dashboard gets a satin silver finish which replaces the piano black finish of the pre-facelift version. 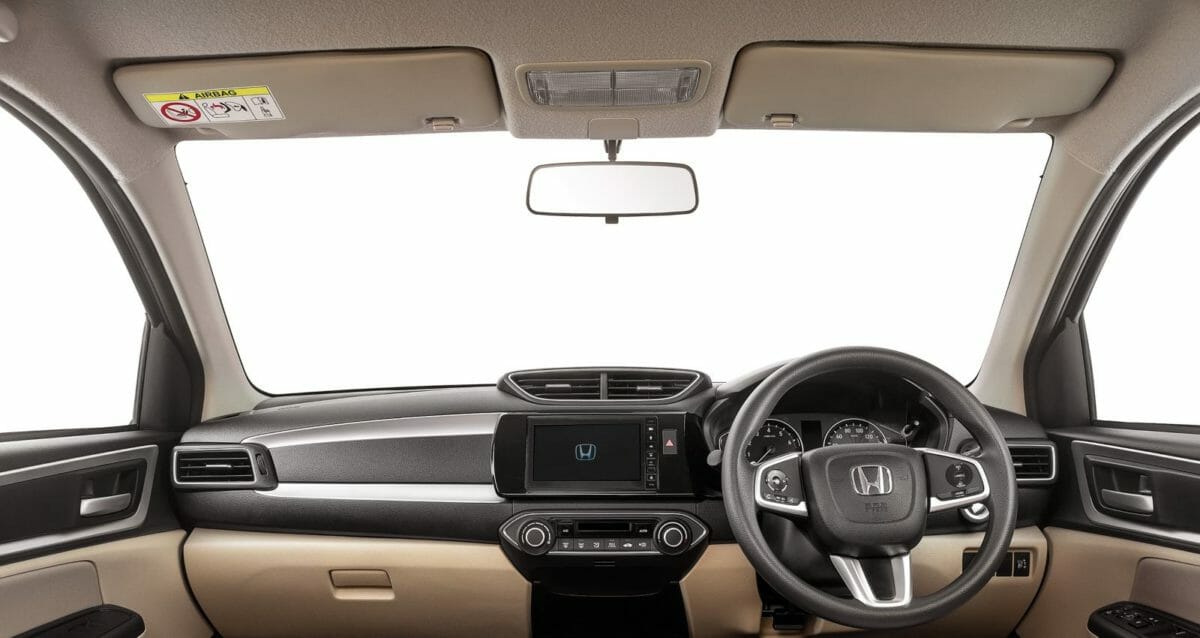 The 7-inch infotainment unit has been carried over as well however it now gets a rearview camera with multiple viewing angles. The touchscreen unit continues to offer Android Auto, Apple Carplay, Mirror link and voice command functionality. Other features include automatic climate control, cruise control, keyless entry but push-button start, electrically foldable mirrors and steering mounted audio controls. The dashboard may not have a radical design and it may miss out on some features such as a front centre armrest, however, the cabin remains a practical place with good quality of materials all around.

The rear seats get good legroom and knee room and the seats are a comfortable place to be in. The only two issues with the rear seat would be the lack of headroom and more importantly the lack of rear headrests. In terms of amenities, you get a centre armrest, a power outlet, ISOFIX child mounts and a roof-mounted lamp. 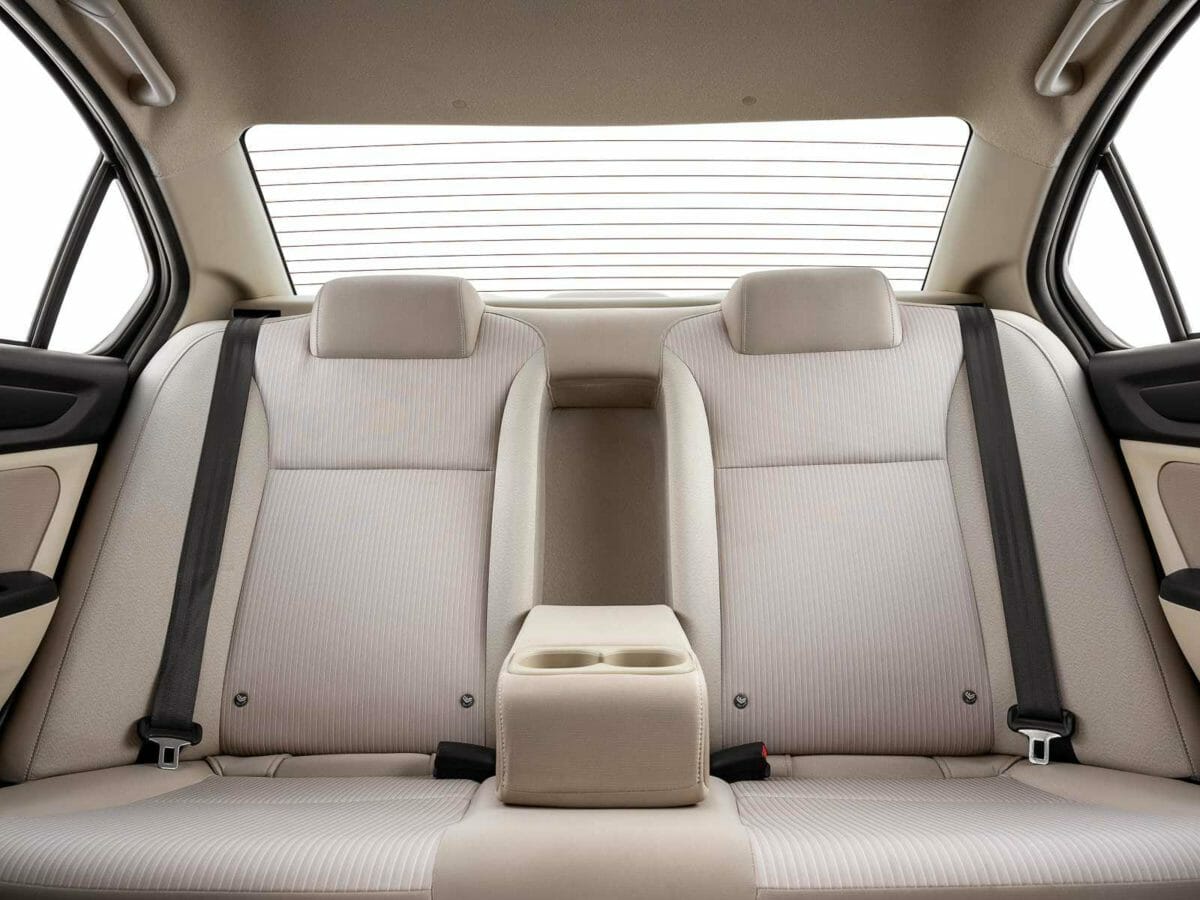 The Honda Amaze gets a naturally aspirated 1.2-litre 4-cylinder petrol engine which produces 90hp and 110nm of torque. It can be mated to a 5-speed manual or a CVT transmission. The engine does take a little time to get into its element and you see good progress once you are past the 3,500 rpm mark. In terms of real-world efficiency, you get 13-14km/l in the city and 16-17km/l on the highway with the 1.2-litre petrol manual. 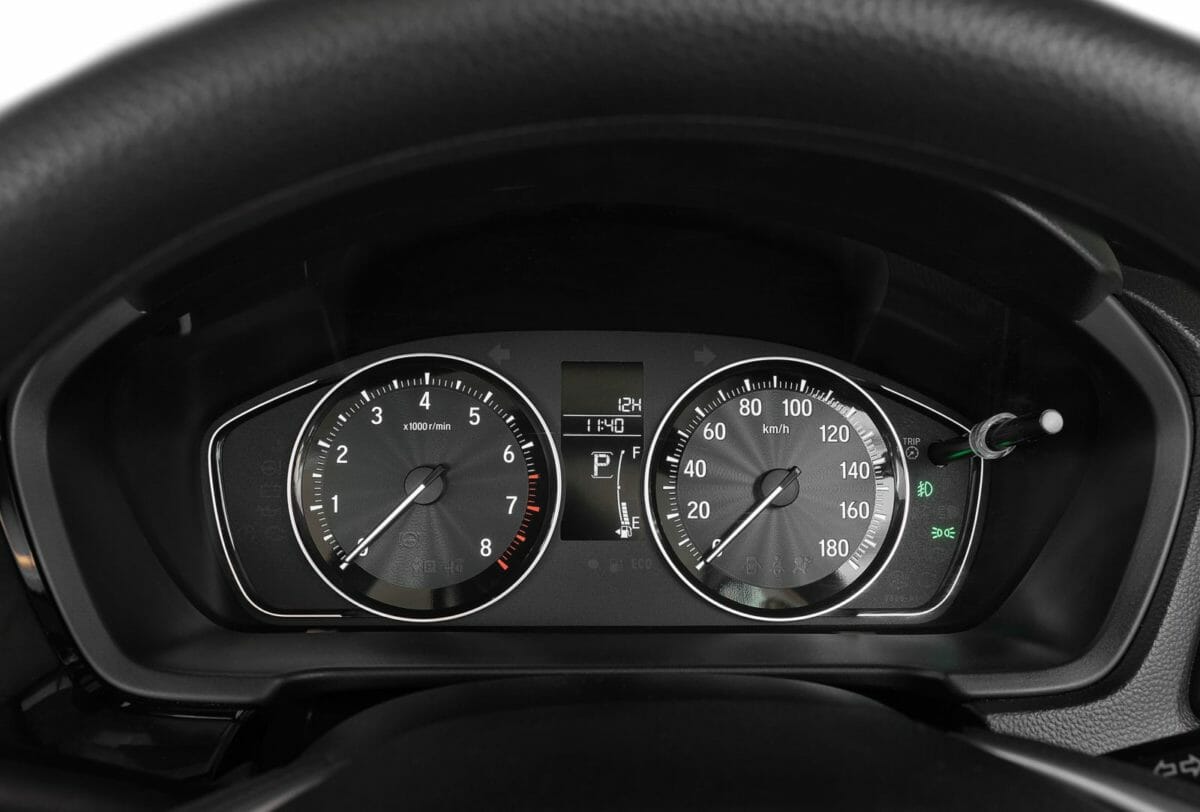 The engine is quite tractable in the city and it will chug along happily even at 20km/h in the 3rd gear. The gear shifts are smooth as well and it will be good to drive in the city traffic with no complaints. The engine is refined and reliable however the only issue remains that the fuel efficiency is much lower than the segment leader i.e. the Maruti Suzuki Swift Dzire. 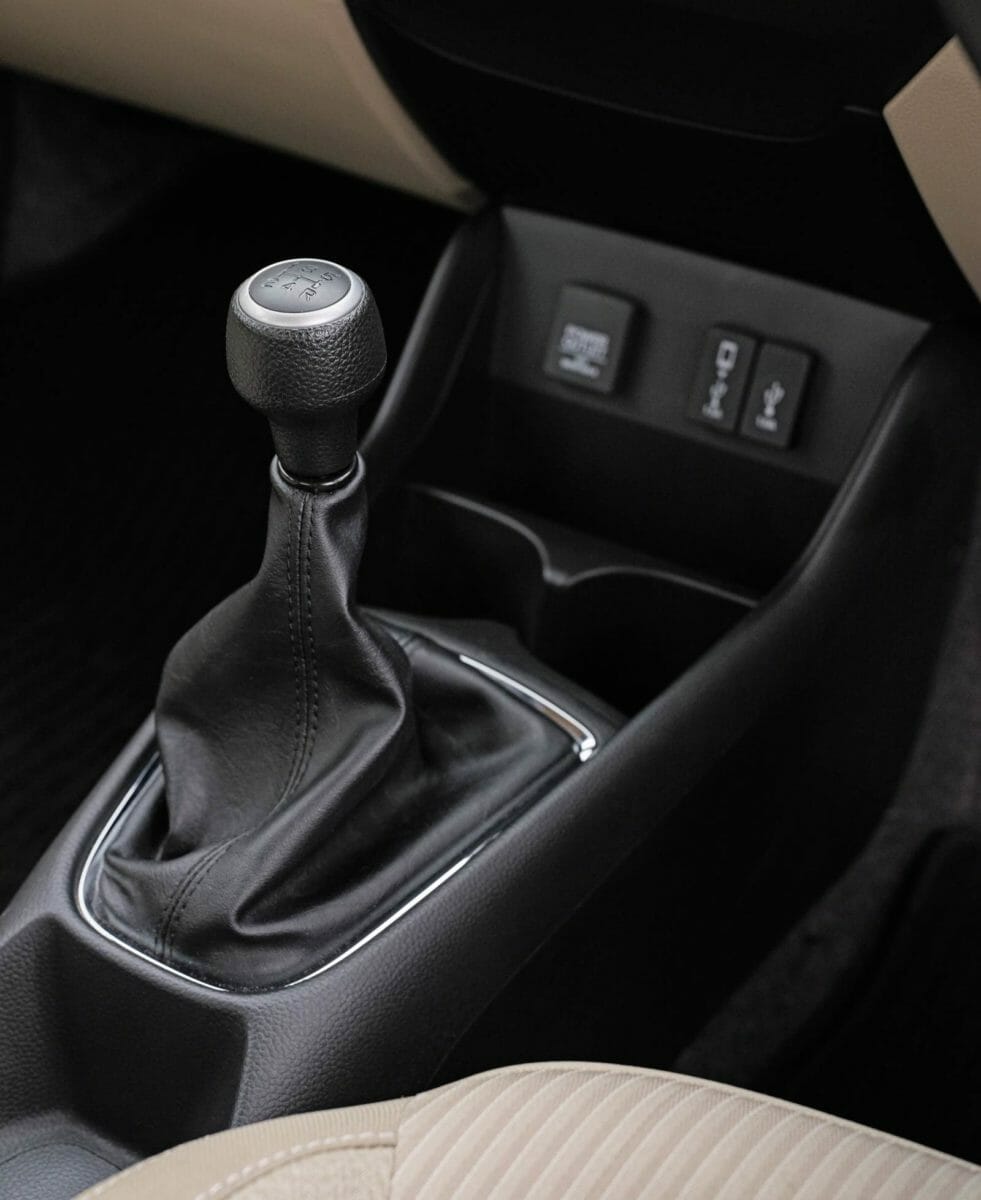 The Honda Amaze really shines when it comes to ride quality. It takes everything in its stride whether it’s small bumps or vicious potholes. While the ride quality is fantastic, the steering could do with more feel and engagement on the corners. The petrol variant will be a better and more natural handler. 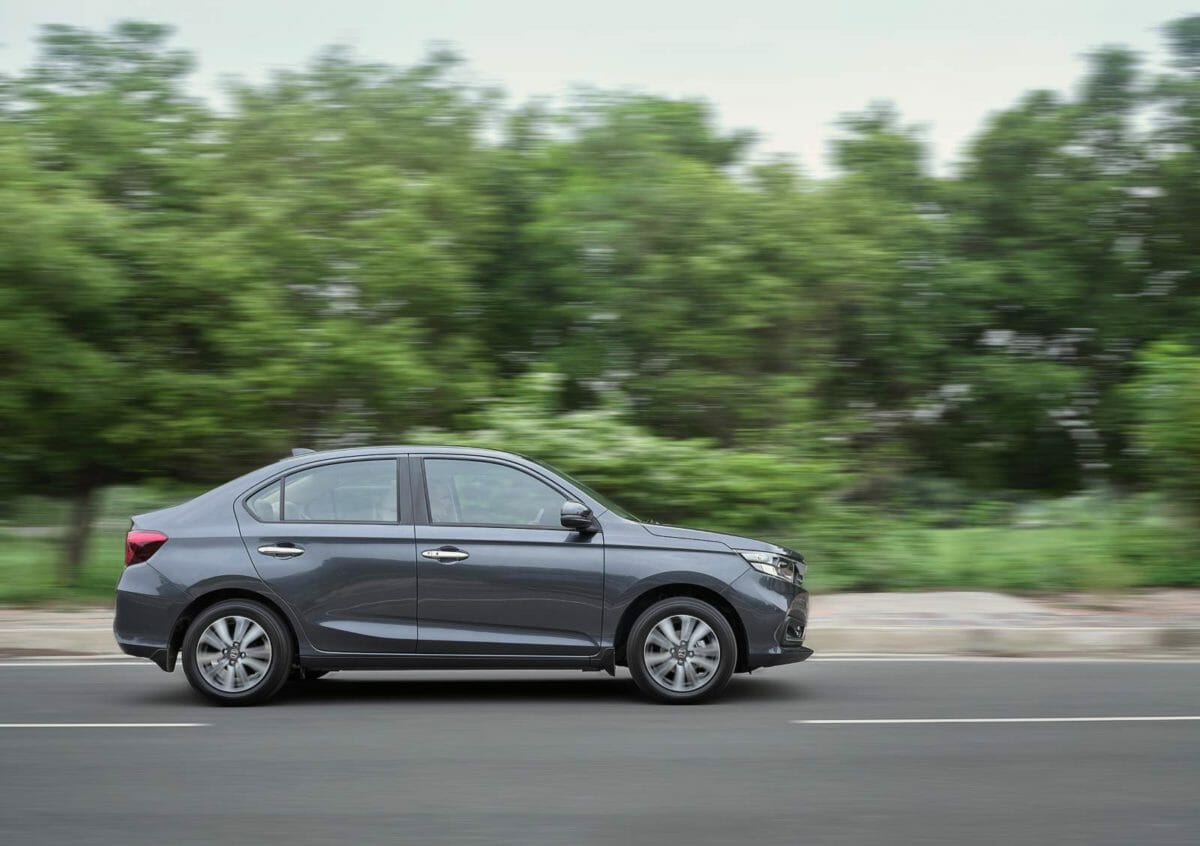 This is due to the better weight distribution and one would be able to chuck it around corners albeit with a little bit of body roll. The diesel variant doesn’t feel natural due to its heavy nose as the engine is heavier than the petrol. However, the car feels safe and reassuring. Insulation is good and thanks to the refinement of the petrol engine, you won’t hear any noise inside the cabin. The diesel engine can get a bit noisy though. 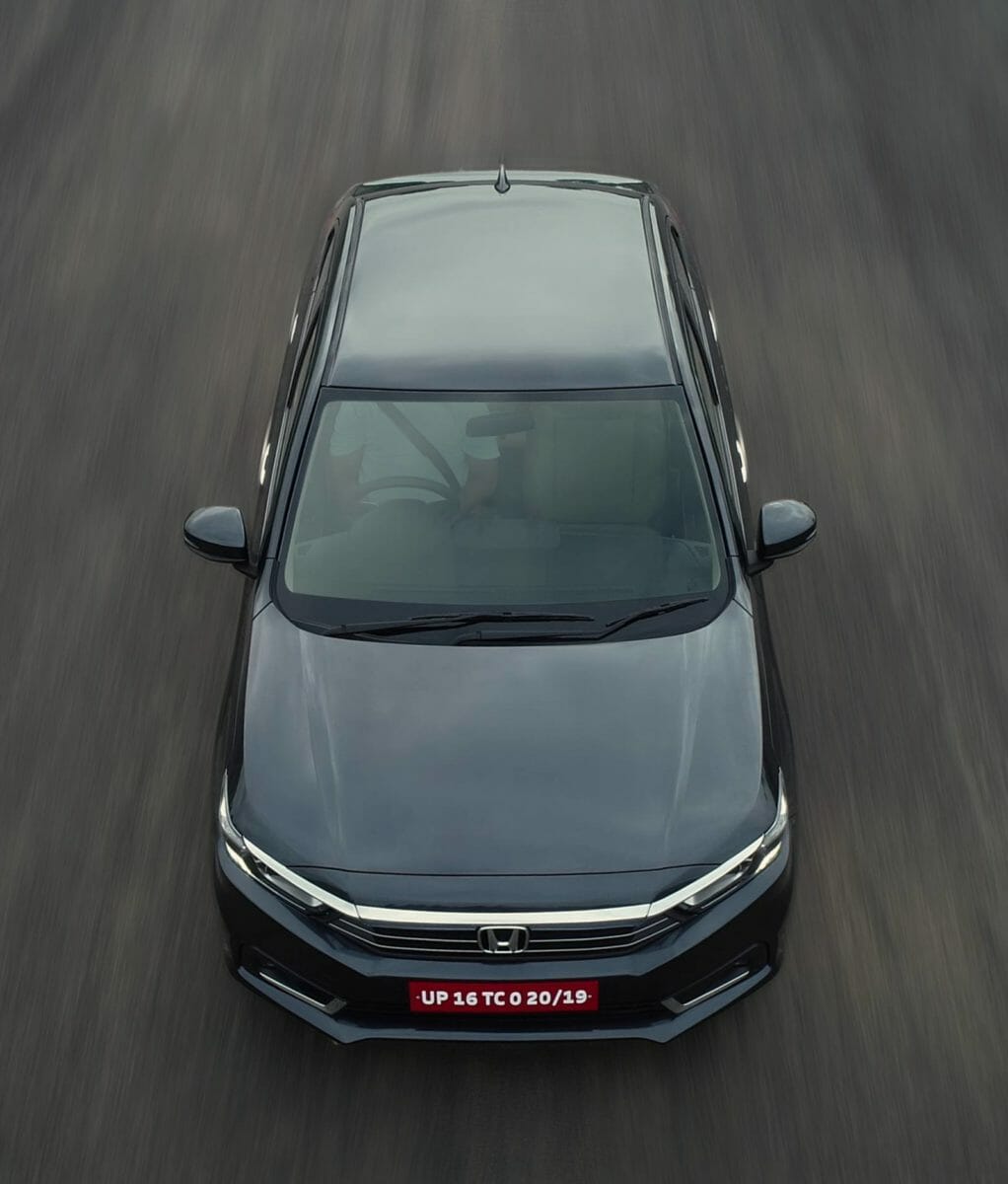 The Honda Amaze facelift is priced from ₹6.32 lakhs for the E petrol manual and it goes all the way up to ₹11.15 lakhs for the diesel CVT variant. The Amaze comes off as a well-built, reliable and safe car when compared to its rivals. Honda has also priced it quite competitively especially in its petrol guise. The diesel variant prices are a little bit on the higher side when compared to rivals but if you want a proper diesel automatic compact sedan, then look no further.