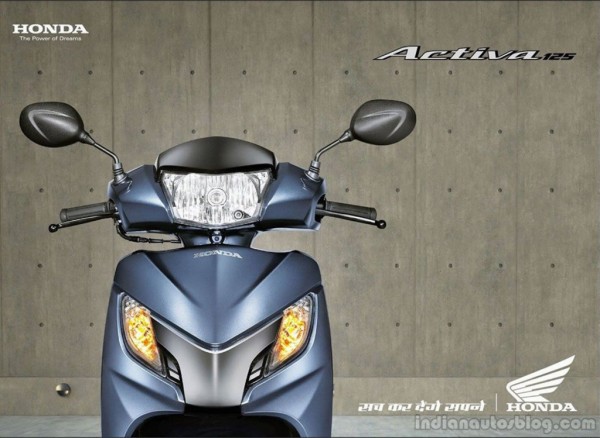 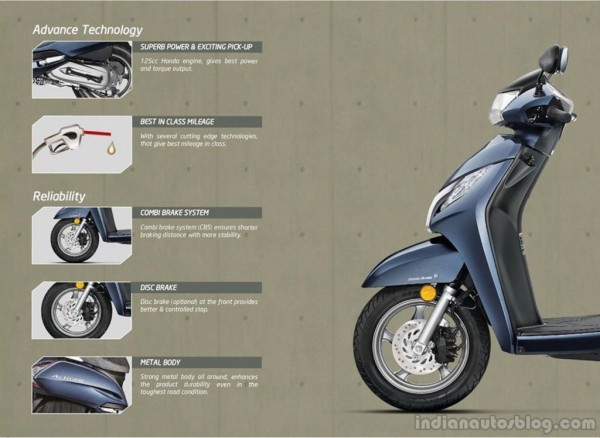 Powering the new Honda Activa 125 is a 125cc, single cylinder, four stroke engine that has a max power of 8.6bhp at 6500 rpm and peak torque of 10.12 Nm at 5500 rpm. The motor is mated to a V-Matic CVT transmission. Suspension duties on the new Activa 125 are from telescoping forks up front and spring loaded hydraulic type at the rear. At front you will find 190mm disc brake, while the rear conventional 135mm drum brakes. The new Honda Activa 125 comes loaded with features such as a new digital speedometer and five-spoke alloys (optional). The Activa 125 will is available in four colors– Midnight Blue Metallic, Black, Peal Sunbeam White and Sword Silver Metallic.

It may be noted that the Activa is in its second generation now and is responsible for bestowing HMSI with segment leading sales figures. By now, the Activa has seen quite a few upgrades and the last upgrade the scooter got was the introduction of the new Honda Eco Technology (HET) engine. The new, updated engine promises more refinement and fuel economy to the users of the very popular auto scoot. We also saw Honda introducing the Activa-i some days back. The Activa-i is basically a more stylish, lighter and cheaper variant that is primarily targeted at teeny boppers who found Activa to be a tad too mundane. It is very probable that the upcoming new Honda Activa 125 will further consolidate HMSI’s position as the leading scooter maker in the country. 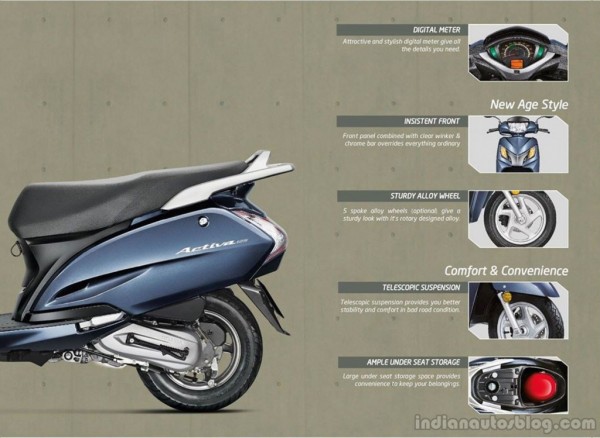 It is being expected that the new Honda Activa 125 launch will happen sometime in next three months. 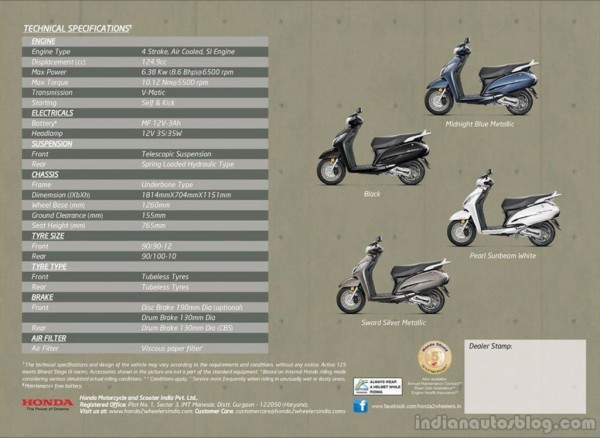