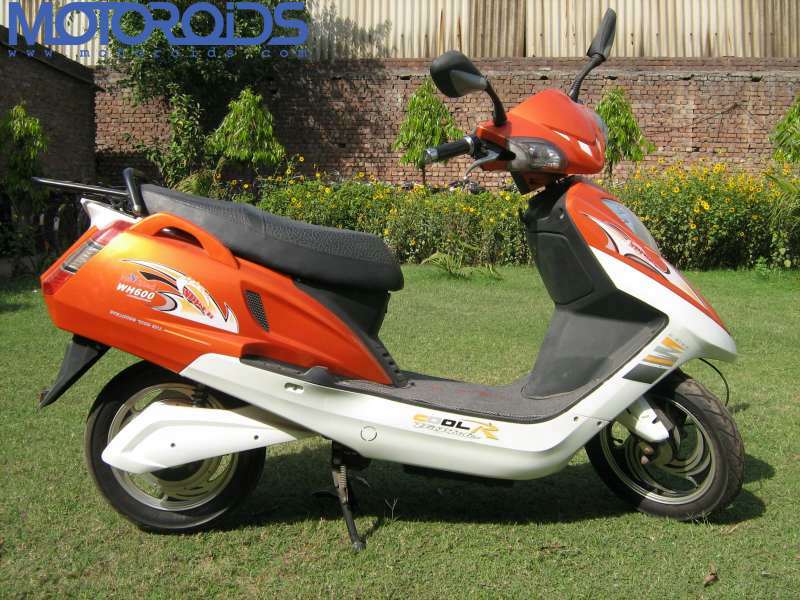 We’re sure you have not heard much about Hi-Bird, but the ISO 9001 company is one of the largest bi cycle exporter in the country. The company’s cycles available in India are the same products sold to the quality conscious consumers in USA and Europe. The company promotes its products as a blend of “European quality, Japanese Technology and African sturdiness.”Hi-bird has now forayed into two wheeler market with launch of two models.

The biggest highlight of the new range of the scooters according to us, is their high company claimed top speed of 100km/h. The e-scooters can be charged easily within a period of 5-6 hours and would go 70km on a single charge. The new range of the electric scooters is powered by modern Lithium ion batteries. Li-ion batteries are superior to tradition lead-acid batteries and even the nickel cadmium batteries which power a majority of the electric vehicles in the Indian market today.

“New electric scooters in line with the go-green goal have been launched to complement efforts to reduce air polluting vehicle emission. The futuristic-looking scooters feature an electric motor mounted in the rear wheel, which is powered by lithium-ion batteries” said Mr R.D.Sharma, Chairman, Hibird Group of Industries.
The scooter has an on-board charging system and can be charged using the household electric plug point. The scooters would require no registration and no license – something surprising for us, as a scooter which is capable of a top speed of 100km/h should ideally require the rider to hold an ungeared moped license. The carrying capacity bof the vehicle, according to the company sources is “one adult and one child”.

Priced between Rs 27,000 and Rs 28,900, the two scooters are targeted at working women, youngsters, senior citizens as well as professionals.

“The recent government subsidies on electric bikes has encouraged us to launch electric two wheelers. In fact, the state governments of Delhi and Chandigarh offer 20% subsidy apart from the central government rebate of 15% on electric two wheeler’s. Hero Electric is the current leader in electric two-wheelers with more than 30% market share and sales of around 80,000 two wheelers per annum. The favourable market condition has led TVS to re-enter the segment by launching electric scooters next year” said Mr R. D. Sharma.