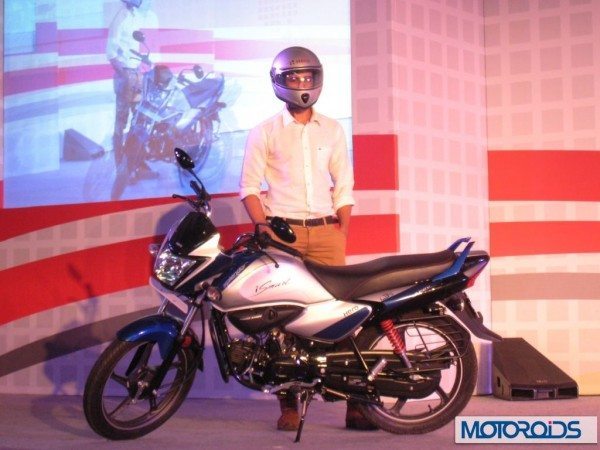 We reported in detail when Hero MotoCorp, India’s largest selling bike maker, unveiled the new Hero Splendor iSmart along with a slew of new models way back in October last year. 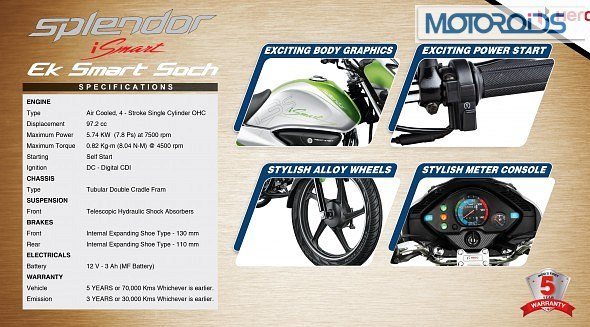 The new Splendor iSmart’s claim to fame is the new Idle Stop-Start System (i3s). This new feature will definitely give the iSmart an edge over its immediate rivals by helping the upcoming bike achieve better fuel economy figures in the ‘mileage-conscious’ market it will cater to.

The new Idle Stop-Start system works much like Mahindra’s ‘micro-hybrid’ system and cuts off the ignition on sensing that the engine has been idling for a considerable period of time. The engine wakes up from sleep as soon as it senses that the rider wants the rider wants the bike to move ahead. This is exactly how the new feature would ensure that the bike saves some unleaded in heavy-traffic and other similar conditions.

Mechanically though, the bike remains unchanged. The new Hero Splendor iSmart will continue to be powered by the same tried and tested 97.2cc, single-cylinder engine that powers the regular Splendor variants. This decade old engine has a max power of 7.8 PS @ 7500 RPM and a peak torque of 8.04 Nm @ 4500 RPM.

Are you looking forward the the new Hero Splendor iSmart launch? Do you think it would be a worthy rival to the more powerful and feature-laden Discover 100M?

Do share your thoughts by penning them down in the comments section below.