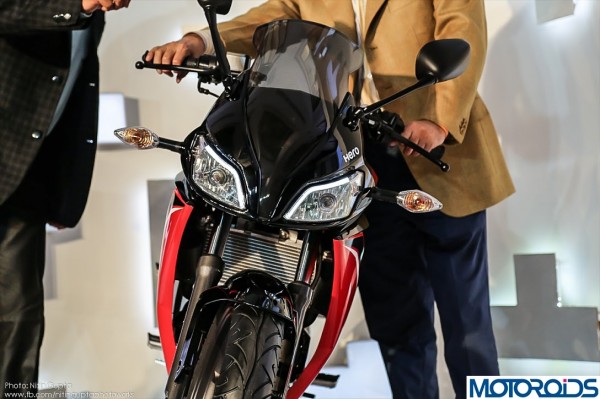 Hero MotoCorp has just filed a European trademark for the upcoming HX250R fully faired sports bike, according to reports from our European friends. It is already known that the HX250R will go on sale here in India sometime next year, but this is the first time that we have seen indications that Hero will be selling this bike in Europe too.

Designed in collaboration with Erik Buell Racing, the Hero MotoCorp HX250R will be going up against the likes of the Honda CBR300R and the Kawasaki Ninja 300R, amongst others, in Europe. It’s performance figures are also roughly in the same bracket: 32PS of maximum power and 27Nm of peak torque. But it is also dramatically lighter than the competition; tipping the scales at just 139 kg, dry.

Hero MotoCorp opened its first European office in the Netherlands in January this year, and there’s a possibility that the HX250R might even be rebranded as an EBR for Europe.

Another interesting tidbit, the company has trademarked a further seven-small capacity motorcycles for the US market. We are as curious as you are as to what these models might be.