Stage two of the Afriquia Merzouga Rally proved to be a steady day for Hero MotoSports Team Rally. with Oriol Mena and C S Santosh showing great temperament on a hot and tricky day to deliver a solid performance. Oriol finished the Stage 2 in 25th position while C S Santosh closed the day in 28th position. In the overall rankings, Oriol stands at 19th place and Santosh at 21st at the end of Stage 2. 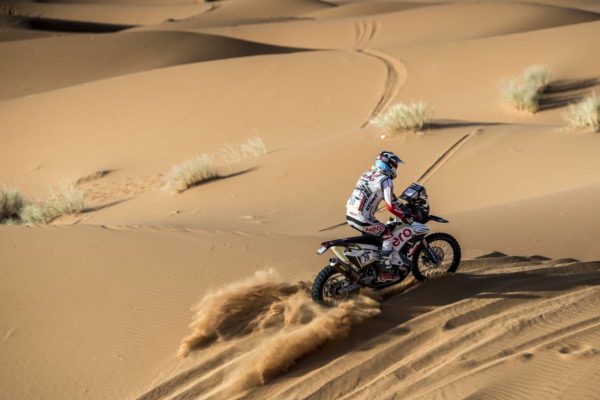 Meanwhile, at the end of the stage, Sherco TVS Factory Rally team’s Joan Pedrero stood at P8 followed by Duplessis Diego Martin who climbed up to P9 with Lorenzo Santolino at P10. Vanni Cominotto finished the stage at P24. 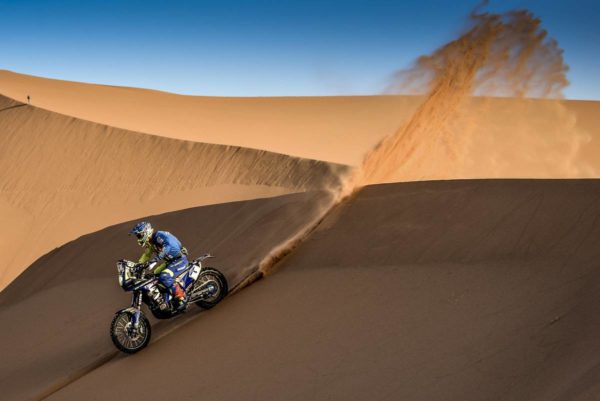 The day was marked by special stage of 175 kilometres for the riders to race in the Erg Chebbi region of Merzouga. Split into two loops, the stage challenged the riders with dunes at the beginning and end of each loop with faster tracks sandwiched in between, making it a more physical stage, made even harder by the complicated navigation. 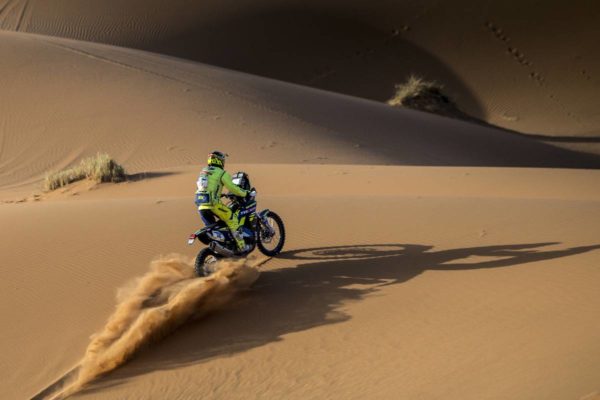 The Stage 3 on Wednesday will mark the beginning of the two-day marathon stage that will be the highlight of the rally. A total run of 304 km including the special section of 241 km will form the first part of the Marathon stage, where the riders will camp in the dunes overnight without any support from their assistance crew.