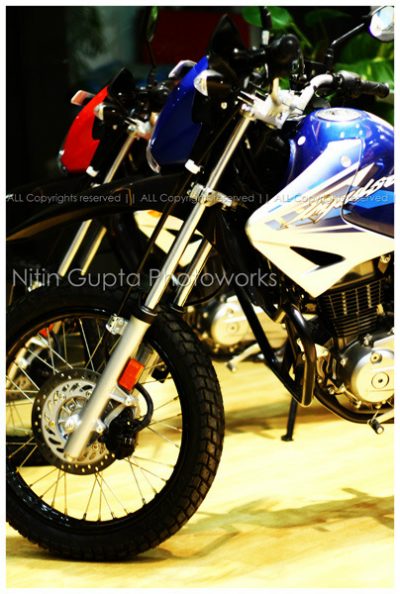 Discuss this topic on Motoroids Talks

Hero MotoCorp unveiled the Impulse during its new brand identity launch ceremony in London. The on-off road bike, which made its first appearance next to brand ambassador Ranbir Kapoor, has not been spotted since. Our Delhi Rep and avid follower Nitin Gupta has managed to take some exclusive pictures of the bike in Delhi.

The Hero Honda Impulse is an Indianised version of the Honda NXR Bros which sells in the Brazilian market. Based on the NXR Bros’ spec sheet, the Impulse is expected to be powered by a 149.2cc  OHC, single cylinder, 4 stroke, air cooled engine with max power rated at 13.8 hp at 8,000 rpm and max torque rated at  13.6 Nm at 6,000 rpm. The engine is mated with a 5-speed transmission. The bike has a 12 liter fuel tank with 2.3 liters of reserve. Front Suspension is a telescopic fork unit with an expected 180 mm stroke and a monoshock at the rear with 150mm stroke. The saddle height for the bike in Brazil is 830 mm, with a minimum ground clearance of 244 mm. With a dry weight of 119.1 kg the bike runs of 1353mm wheelbase.

Other features on the Impulse include solid knuckle guards, a high mount exhaust muffler, large and raised fenders, straight pull spokes and motocross seat to make it a proper off-road adventure bike.  The instrument panel for the bike includes a digital console with “Service Due” indicator, clock, fuel gauge and digital vertical bar display fuel gauge adds to the overall style which is irresistible. The bike will be available in Black, Vibrant Blue Metallic, Sports Red, Leaf Green Metallic and Vibrant Orange colours.

Expect an India introduction at the Auto Expo 2012. What would be the right price for this product in India according to you? Here are some more images. 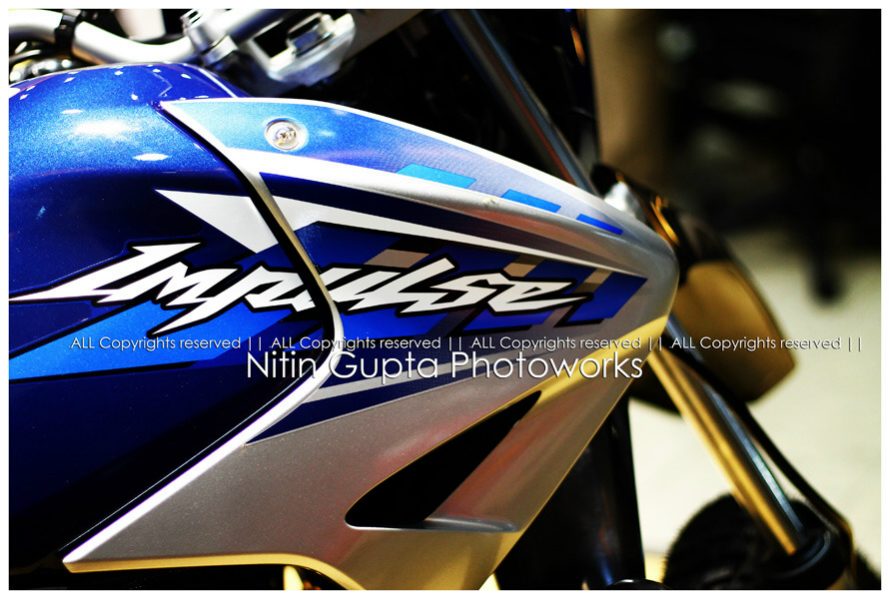 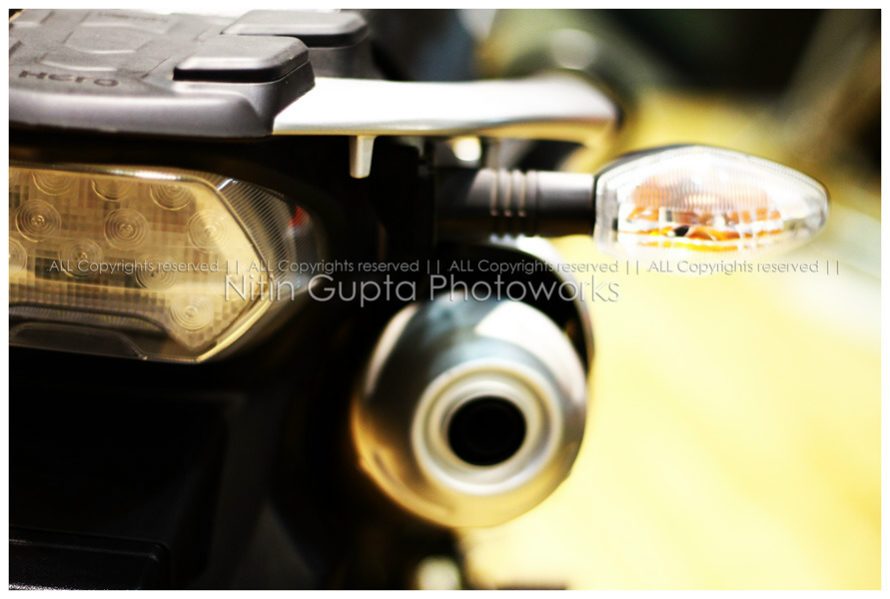 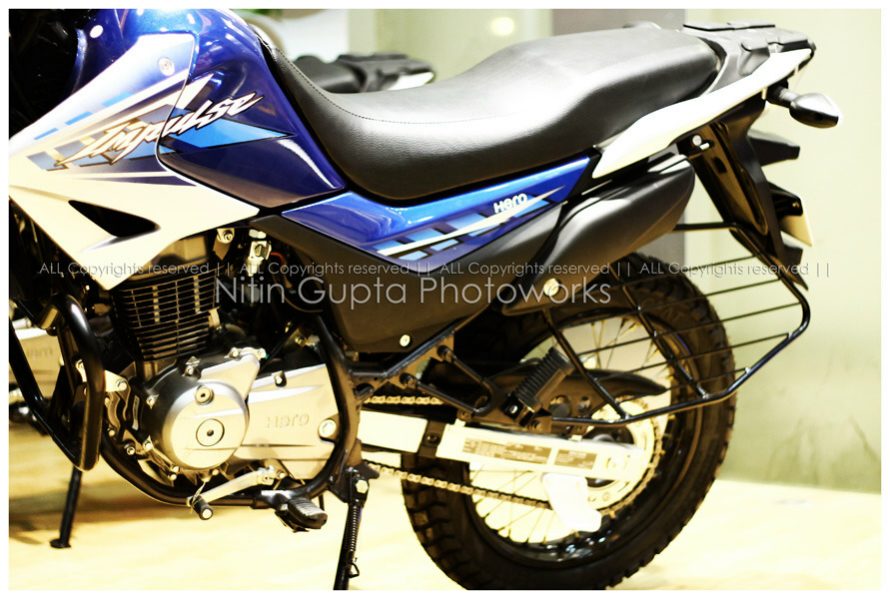 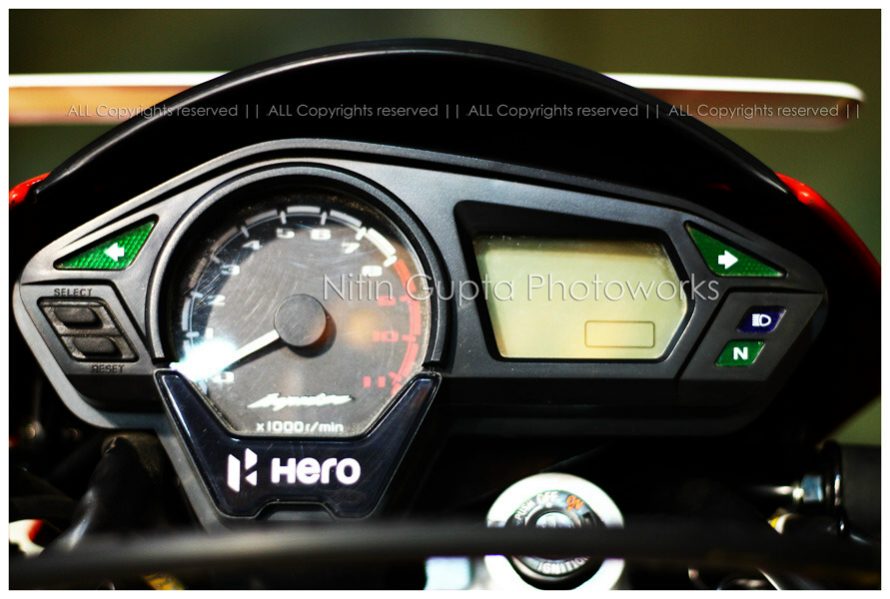