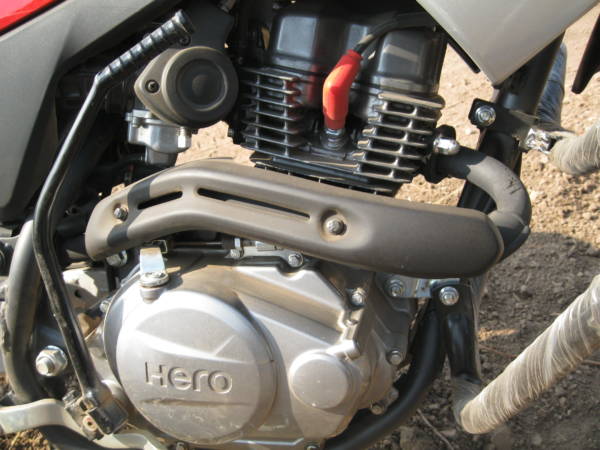 It seems like Hero MotoCorp, World’s largest selling bike maker, is working overtime for development of some ‘all new’ products that could help the bikemaker with further consolidating its enviable position in Indian Two Wheelers market.

Mr. Pawan Munjal, MD & CEO of Hero MotoCorp, recently revealed that the company is developing a total of three new home-grown motors that will power some of the next generation of Hero motorcycles.  The list of engines being developed includes a new 100cc engine, a new 110cc engine and a (surprise-surprise!) 250 cc flagship motor.

This means that while the Hero Ignitor, Hero Impulse, Hero CBZ and the Hero Hunk would continue being powered by a Honda-sourced 150cc mill, the rest of the line up of bikes in Hero’s product portfolio could get all new engines that would have absolutely nothing to do with those from the ex-partner Honda.

This also means that Hero might be planning to come up with a new flagship model that will take on the likes of Honda CBR250R and the KTM 200 Duke. This bike could sport a half fairing and a monoshock suspension at the rear.

Mr.Munjal claims that the upcoming engines would be considerably more fuel efficient than the engines that Hero is currently using. He further said that these motors would also offer better performance figures.

While Mr.Munjal said that the upcoming crop of engines are being indigenously developed, we feel that there could be at least some technical inputs coming from Hero’s current partners- AVL Engineering, Engines Engineering and Erik Buell Racing. Hero MotoCorp enjoys a 49% stake in Eric Buell Racing and this could help it with gaining access to world class technologies. Hero is also busy with setting up an integrated R&D centre at Kukas, Rajasthan.

The new engines could be make their debut sometime in 2014, with the 110cc engine likely to be the first motor to be launched.

Source : Times of India via BikeAdvice