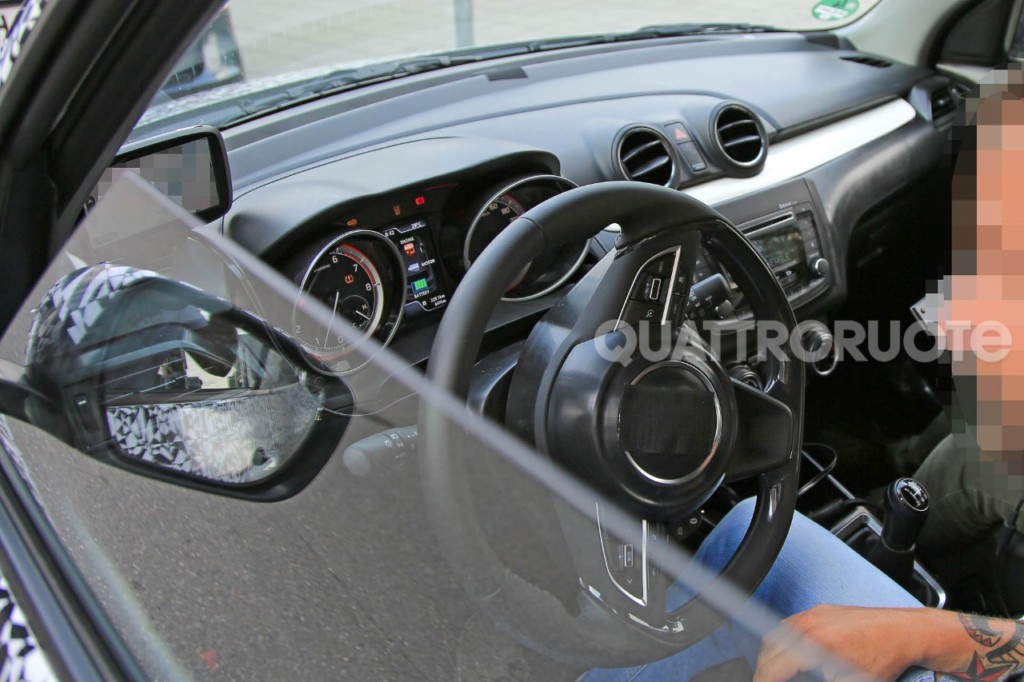 The interior, specifically the dashboard, of the 2017 Suzuki Swift has finally show itself in this latest set of spy shots by Quattroruote. The dashboard is conventionally styled, with circular, central HVAC vents and a flat-bottomed steering wheel being the highlights. A choice of inlays for the dashboard should be available, and this particular test mule features a brushed silver finished inlay, along with an all-black colour theme.

The instrument cluster takes a leaf from Mercedes-AMG jobs, with twin dials enclosed within diagonally sliced “tubes” that look pretty rad. There’s a large-ish MID between the dials, which, in the spy image, shows a charge indicator for a battery, amongst other things, indicating that this mule could be powered by the 1.2-litre Dualjet engine rated at 90 bhp teamed with SHVS (Smart Hybrid Vehicle by Suzuki). This drive-train was introduced a few months ago on the Baleno, and is mated to a five-speed manual transmission. 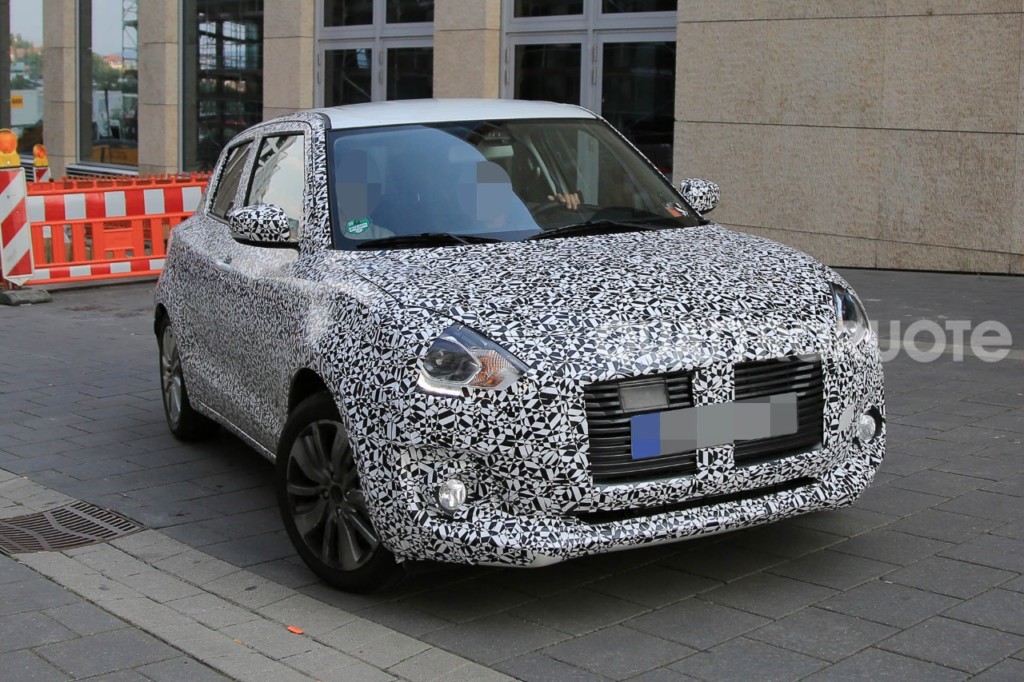 The centre console hosts an infotainment system that doesn’t feature a touchscreen. But we reckon that the models coming to India will be equipped with Maruti’s SmartPlay infotainment system with a 7-inch touch screen, USB, Aux-in, CD, Bluetooth, navigation, voice command, and Mirror link.

The next-generation Suzuki Swift will go on sale in 2017, after the making its world premiere at the Paris Motor Show, which is scheduled from October 1-16. Based on an all-new, lightweight platform sourced from the Baleno, the 2017 Suzuki Swift will reportedly provide better crash protection, with construction comprising of 41 percent of tensile steel, making it significantly lighter than the outgoing model. 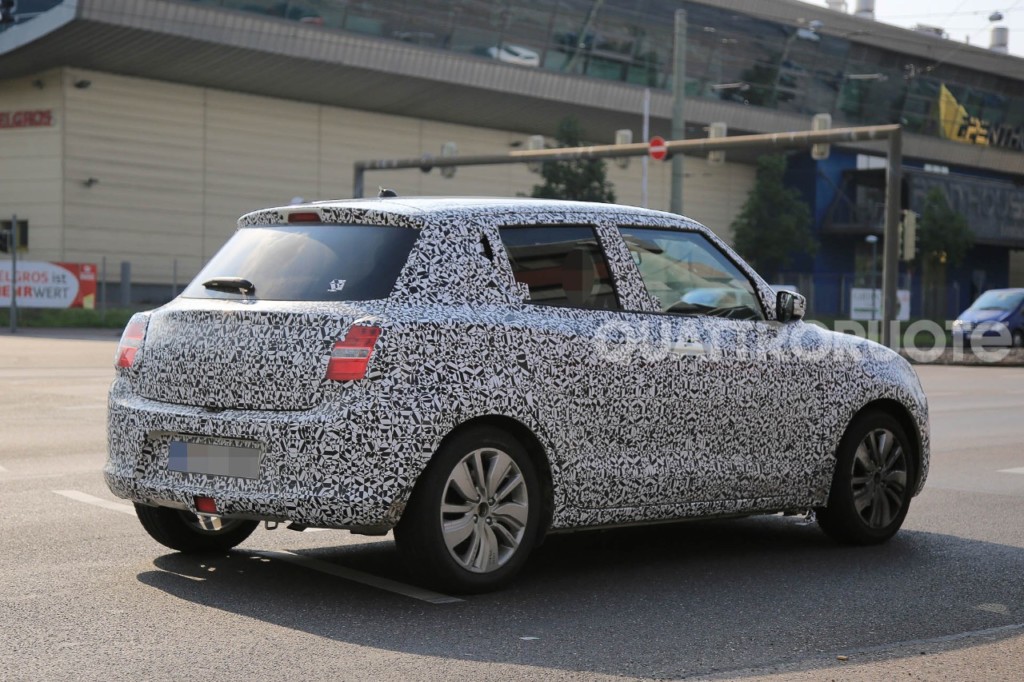 When the Swift arrives in India sometime in late-2017, power-train options could range from the aforementioned Dualjet + SVHS, to an all-new diesel engine that’s under development by Maruti. The 1.0-litre Booster-jet petrol engine that appeared in the Baleno RS show car from the 2016 Auto Expo could also be employed in the Indian, 2017 Swift’s engine bay.