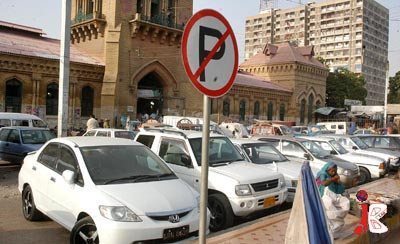 The North Delhi Municipal Corporation (NDMC) have started to crack down on big car owners who love to adorn the no parking zones with their 4 wheeled pride. On a different note the cars would be fined on basis of their weight as compared to an existing fixed fine structure. Fines would be charged at the rate of Rs.1/- per kg over and above the fixed fine of Rs.2,200/-. A Fortuner weighing over two and a half tonnes would attract Rs.2,500/- weight-based fine in addition to Rs.2,200/- seizing a total of Rs.4,700/- off your hard earned money. Also fines would be imposed on parking contractors who squeeze in vehicles beyond permissible limits and might result in cancellation of contract if they are found flouting the rules more than twice.

“The authority to issue such challans was already vested with the headquarters of the North Delhi Municipal Corporation. Senior officials of its Remunerative Projects (RP) cell could issue such challans. However, since the number of the zones, at six, outnumbered the number of these officials, issuing the challans was quite difficult. Therefore, we have delegated this task to the section heads of the respective zones,” Ravideep Singh, Additional Deputy Commissioner, Remunerative Projects(RP) cell, NDMC, said.

Though the sole objective was to eliminate congestion, which we Indians are so good at when it comes to parking sense- NDMC welcomes the additional revenue it would generate. Rs.80,000/- were collected as fines on a single day, there has been comparatively more parking discipline.

We’d say this is a much needed initiative where in this part of the world, traffic sense is next to nil and the freedom to use the road is taken more as a right than a privilege. We wish such fines are inflicted across all areas that includes jumping stop lines at signal lights. The pain of parting away with one’s own money is the best cure to the disease.