CLICK HERE for our comprehensive coverage of Harley Davidson Street 750 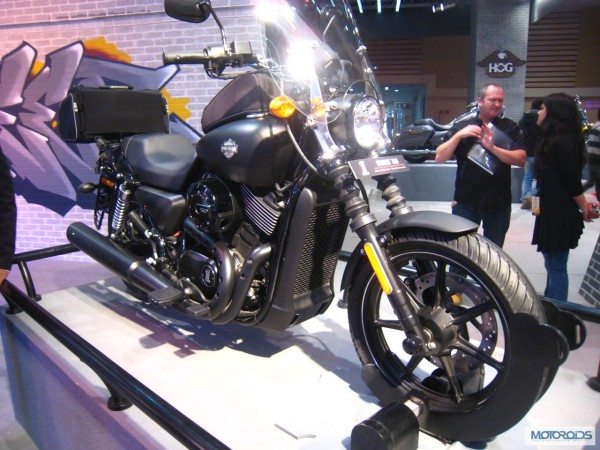 The new Harley Davidson Street 750 has been developed with developing nations like that of India in mind, and the new bike targets young urban riders looking to own an uber cool and sufficiently potent crusier motorcycle.

The new Street 750 is powered by a new Revolution X Engine that features liquid cooling, which is a first for a Harley, and comes mated to a six speed manual transmission that sends power to rear wheel via Harley toothed belt. The new bike rides on 17 inch 7 spoke mag wheels in front and 15 inch in rear. These wheels come shod with 100/80 and 140/75 section rubber at front and rear respectively. 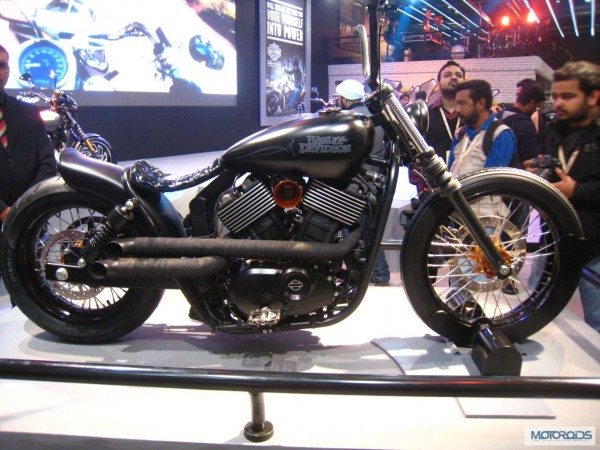 Going by the number of bookings the bike has already garnered, it is very easy to understand that the new Harley Davidson Street 750 has been quick in hitting the sweet spot with bike aficionados and the new model seems to have already got busy busy with penning down a success story for the Indian subsidiary of Harley Davidson motorcycles.