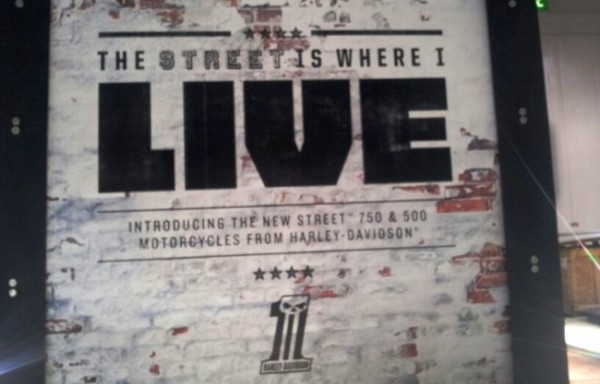 We have been regular with reporting about the upcoming Harley Davidson Made in India models. The upcoming bikes would soon become the cheapest products in the iconic bike maker’s product portfolio and are being tailor made for emerging motorcycle markets, such as that of India. The upcoming models have been spotted testing on numerous occasions and will be built at the motorcycle maker’s plant in Bawal, Haryana.

It is pretty much for sure that these bikes would make their public debut at the fast approaching EICMA, which will be held in Milan later this month. Also, it is very possible that these bikes could be sold with Street 750 and Street 500 moniker. The latest revelation is courtesy an invite by the manufacturer for the unveiling of the much discussed upcoming  bikes.

The upcoming Harley Davidson Made in India models will be built using a high percentage of locally sourced components, which would certainly help in pricing the bikes ultra competitively. As the model names reveal, the upcoming Harleys will be powered by 500cc and 750cc engines. Both the motors would have a V Twin layout and will be fuel injected. The 500cc motor is being expected to have a max power output of 42bhp and the larger 750cc engine could pump out as many as 55 horses.

The upcoming Harley Davidson made in India 500cc motorcycle could have a sticker price of approx INR 4 lakhs and we feel that this would make life a lot more easier for those who have been wishing to enter the highly coveted Harley Davidson club. The 750cc variant is very likely to be priced at par with the Hyosung cruisers.

The Harley Davidson Made in India motorcycles would make their India debut in February, at the 2014 Indian Auto Expo and sales could commence around during summers of 2014.

We really can’t wait to find out what the upcoming Harley models would be like. What about you?

Stay tuned to Motoroids for more updates on the upcoming bikes.