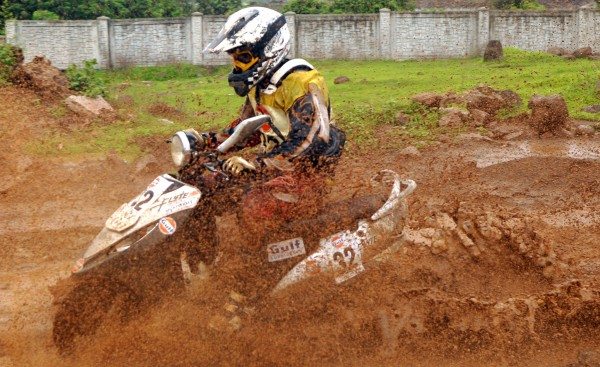 Like The Championships at Wimbledon, the big guns took a beating in the 24th edition of the Gulf Monsoon Scooter Rally on Sunday. The Gulf Oil Corporation sponsored and Sportscraft-organised event saw the emergence of a new champion in Bhopal’s Muzaffar Ali.

Having placed second last year, the 32-year-old rider went one better, leaving last year’s champion Rustom Patel, and former champions Manjeet Singh Bassan, Avtar Singh and Shamim Khan in the shade as he won the grueling 25 kms monsoon challenge over the backwoods of Navi Mumbai in 28 minutes, 50 seconds in penalties.

Four-time champion Bassan, who won in 2002, 2005, 2007, 2008, finished sixth.
Astride a Suzuki Access, Muzaffar Ali overcame unyielding conditions and a strong field of 32 riders to emerge triumphant. After the riders started from Our Lady’s Home in Parel on the 35 km transport sector, Ali rode with gay abandon over the dirt tracts on the competitive sector of Navi Mumbai to turn tables on the favourites.

Though it did not rain heavily during the rally, riding on the gravel-laden, slushy course was dicey. The riders had to exercise extreme caution while negotiating the steep inclines and hairpin bends. Practically all of them took a tumble or two and some even damaged their scooters.

It was certainly also difficult riding through water-logged areas but almost all riders went through the exercise rather efficiently.

Mentioned must be made about Loretta D’Lomen, the only female rider in the fray. She battled over the course, completing the final leg with a flat tyre to finish with a creditable 1:41.47 seconds in penalties.

Dheradhun’s Shradul Sharma, astride a Honda Dio, was adjudged the best first timer and awarded the late Firdosh Vajifdar trophy for his spirited riding. 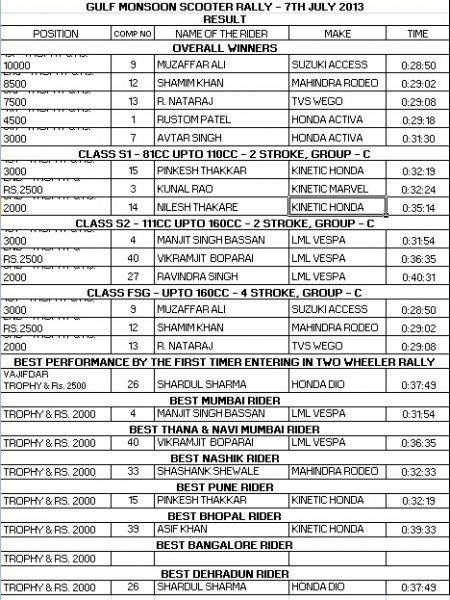