Did you ever find yourself at the start of the freeway where motorcycles are not allowed to enter? Chances are that you followed Google Maps step-by-step but because the app could not differentiate between the roads that are not meant for motorcycles, you ended up spending more time on your journey. But that’s a thing of the past as Google Maps now feature a two-wheeler mode.

India being a two-wheeler dominated market, Google has added the most important update to its Maps application. Google Maps version 9.67.1, updated on November 30, 2017 for Android features the two-wheeler mode so in case you haven’t got it, wait for the app update.

Check out the screenshot of the new, updated Google Maps: 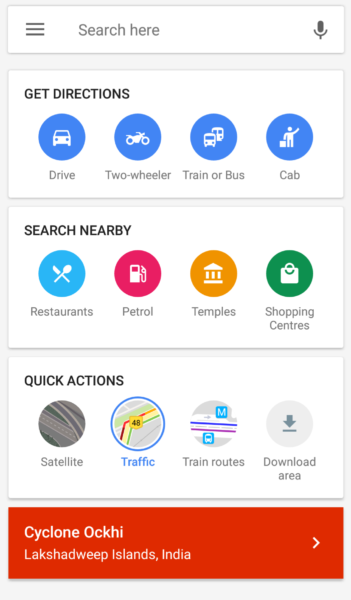 As seen in the screenshot above, under the Get Directions tab, you can spot the “Two-wheeler” mode next to “Drive”. Two screenshots below show the different routes that Google Maps has displayed for two-wheeler and four-wheeler. 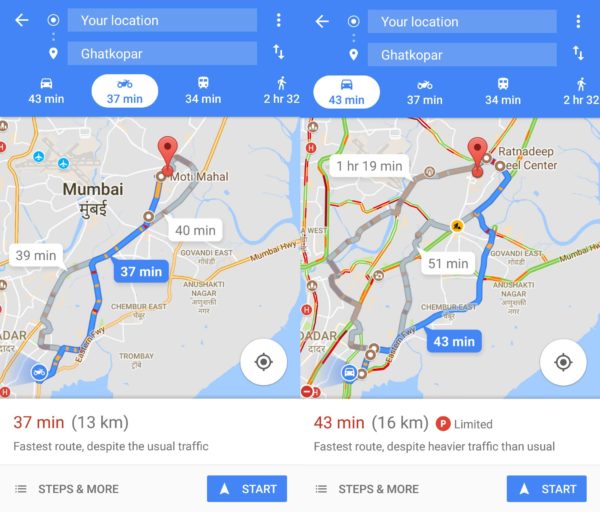 As seen in the above screenshots, for four-wheelers, Google Maps recommends using Eastern Freeway while it displays a regular route for two-wheelers.

We’re glad that Google Maps finally feature the two-wheeler mode. What about you? Let us know your views through the comments section below.