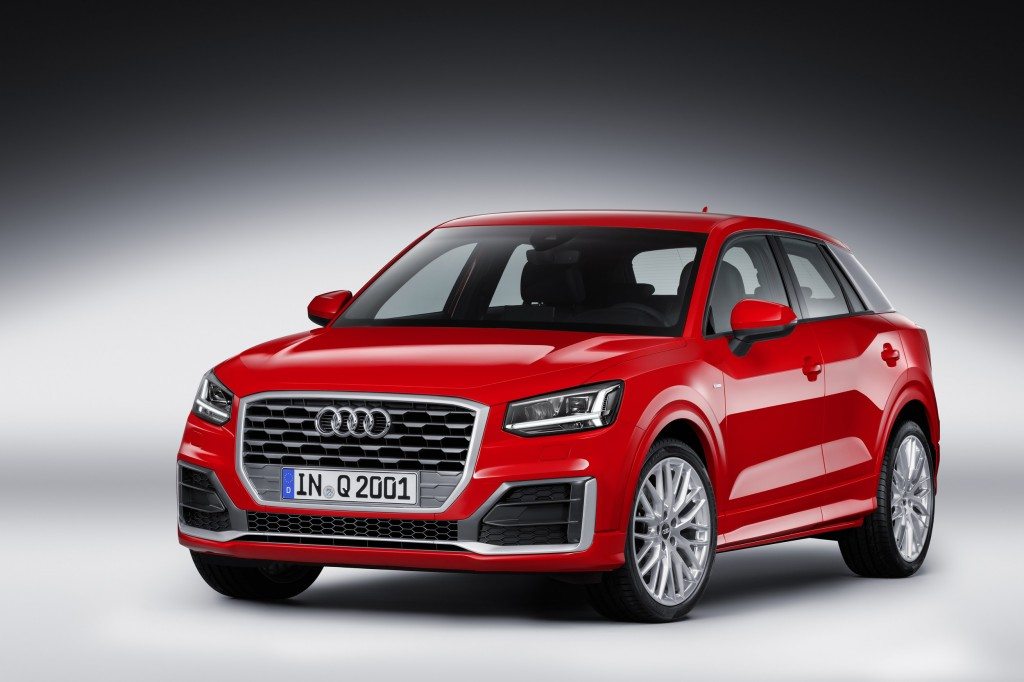 Audi’s new best-seller is, undoubtedly the new Q2. A baby Audi crossover shuffling below the Q3 sounded like a case of diluted identity, but they’ve somehow managed to give it a distinctive appearance. Right away, it’s looks more younger than any of the Q brethren, with a tinge of boxiness and funk – not surprising, since the Q2 has been designed and conceived for a younger, more urban audience than any Audi before it. At 13.7 feet long, the MQB platform based Q2 is 7.67 inches shorter than the Q3.

The bodywork is an interesting mix of tight curves and solid edges – the highlights being the compacted Singleframe grille with Q7-like structured slats, a huge, chamfered cut taken out of the top of the doors, and the contrast coloured rear panel. The interiors are A3-like, seat four and get a watered down version of Audi’s Virtual Cockpit, an optional head-up display, a fixed multimedia screen on the dashboard, MMI with navigation, WiFi hotspot, and smartphone integration. Top-end variants get an optional 750-watt, 14-speaker Bang & Olufsen sound system. 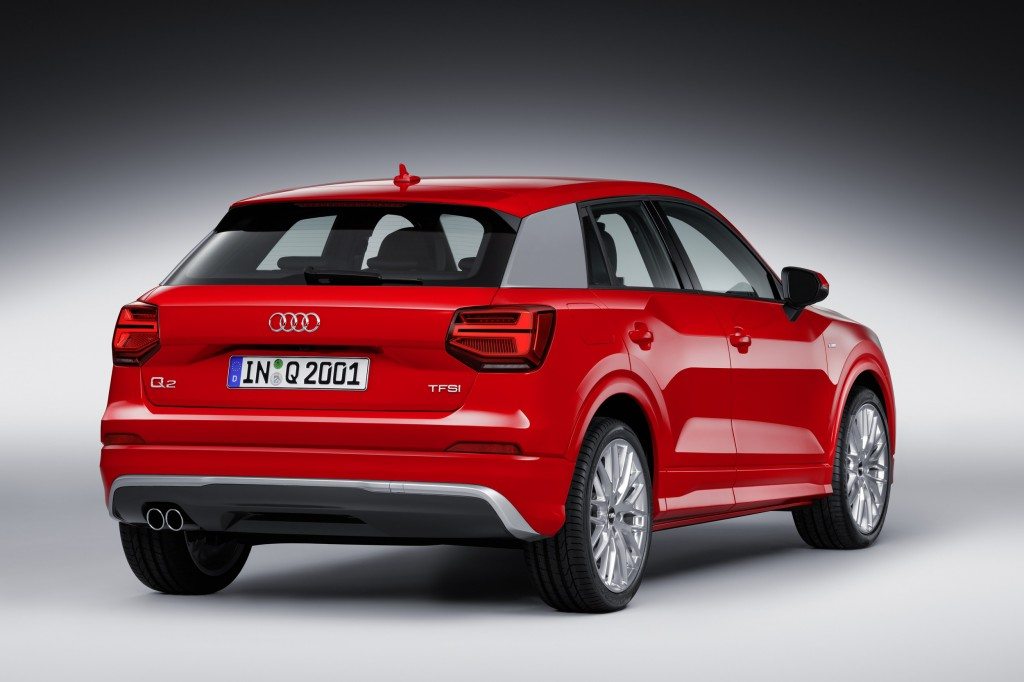 Diesel engines include a 1.6-liter, four-cylinder turbo-diesel with 114 hp, and a 2.0-liter turbo-diesel in two states of tune –   148 and 190 hp. Both the 2.0-liter diesel and petrol engines come strapped to a seven-speed dual-clutch transmission as standard, while the same transmission is optional across the rest of the range, the standard choice being a six-speed manual. Audi’s Quattro all-wheel-drive isn’t even an optional equipment on the new Q2, and all models are front wheel driven. However, range topping models get an electronically controlled, multi-plate differential that only moves torque to the rear axle when the front end has run out of grip. 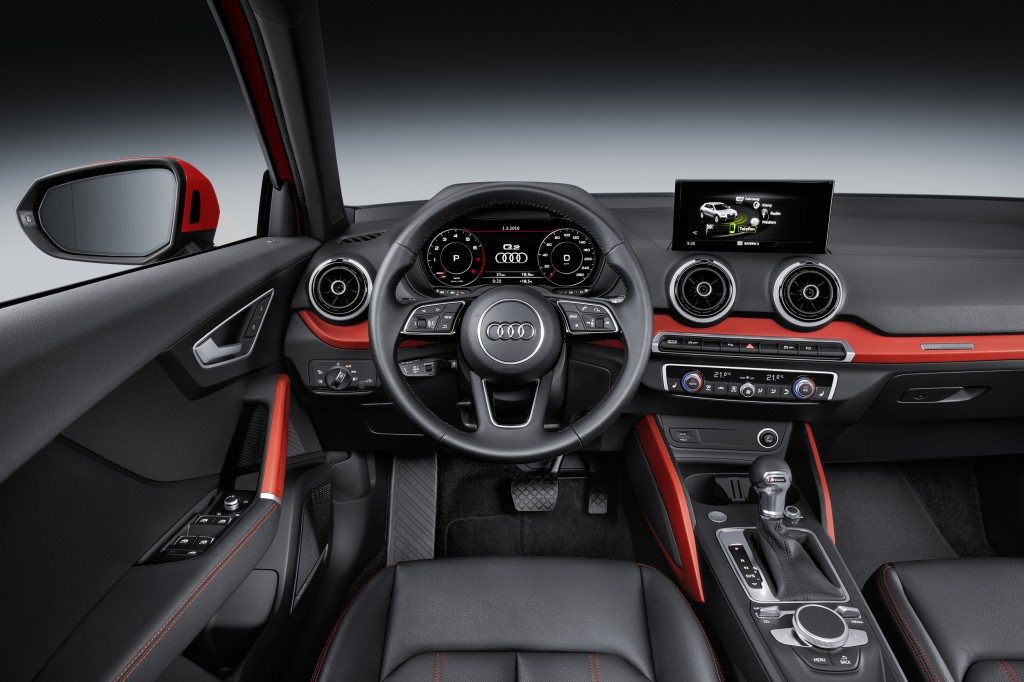 Active safety on the new Audi Q2 include autonomous pre-sense front braking, adaptive radar cruise control, radar- and video-based support for lane changing, blind-spot detection and speed zone recognition. The new Audi Q2 will self-park itself in both parallel and 90-degree car parks, with radar sensors to warn of potential problems. The Audi Q2 arrives in Europe in the third quarter of this year, after its worldwide début at the 2016 Geneva Motor Show. An Indian launch is expected sometime in 2017, with prices to start below the INR 30 lakh mark.