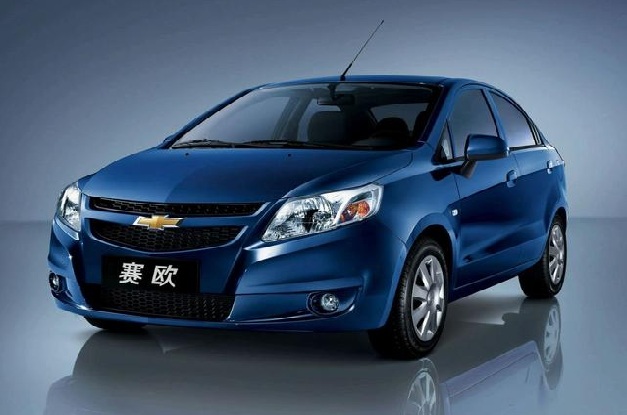 GM has been riding high on the back of the success of its Beat Diesel. The company managed to sustain its sales in India even when the world was under the shadow of recession. The company recently completed its 100 years and the celebratory mood should reflect in its Exhibit at the 2012 Auto Expo as well.

Among the main attractions at the Gm pavilion will be the face-lifted Chevrolet Captiva. The upgraded version of the SUV was launched in Europe earlier this year and has been caught testing a few times in India. In its newest avatar the new SUV will have more power from its new 2.2 liter turbocharged diesel engine. The vehicle will be available in 2Wd, 4WD, manual and auto transmission variants.

Also waiting for a launch is the all-new Sail hatchback. The big hatch co-deveoped by Gm and SAIC will replace the Aveo U-VA. We expect a sedan version of the car to make an appearance as well. While the exterior styling of the Sail isn’t very exciting, it’s the big space inside and new engines which may get it some customers. The car will be powered by a 1.2 liter petrol and the 1.3 liter Fiat sourced Multijet diesel which may very well qualify for being called the national diesel engine of India.

Another big draw for GM at the 2012 Auto Expo will be the CN-100 developed with Chinese SAIC. The 7 seater MPV will be powered by a 1.4 liter petrol engine and the 1.3-litre Fiat sourced Multijet diesel.

Apart from its other models like the Beat and the Spark, the company will also showcase a facelifted version of its Tavera MPV. Then there will be the Chevrolet Camaro and the Cruze WTCC Cup cars for adding a bit of glamour to the stands.