In an attempt to prove that India is safe for women riders, Gayatri Patel from Kolhapur embarked on a road trip, along with three of her friends, to Spiti Valley. She rode her prized possession, a TVS Apache RTR200 4V for over 8,000 kms, across six states in 30 days to the picturesque Spiti Valley and back home.

Her passion for motorcycles started when she saw a convey of riders heading towards Goa. Her journey of being a biker started in November 2015. She initially began riding solo before joining a local riding club in Kolhapur. After several test rides of various motorcycles available in the market, Gayatri brought home a TVS Apache RTR200 4V. The Spiti ride wasn’t her first long distance road trip. Previously, she rode from Kolhapur to Kanyakumari and back to Kolhapur covering almost 3,500 kms. She then decided to take a step further embark on a road trip from Kolhapur to Leh and Spiti before heading back home. 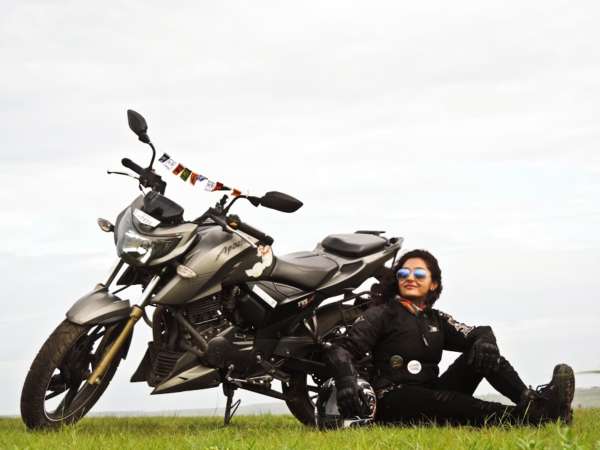 Her companions for the road trip were three other riders from motorcycling group Club of Riding Enthusiast (C.O.R.E). The group began their road trip on June 8, 2017 to Srinagar crossing Vapi, Udaipur, Amritsar and Rewari. They then continued to Leh, via Kargil, Zozilla pass. Her ride, the TVS Apache RTR200 4V performed upto her expectations through various terrains, suffering from no technical issues throughout the road trip.

The ride took them through Khardung La Pass, Taglang La Pass, Changla Pass, Pangong Lake and Nubra Valley to name a few. Their journey towards Spiti Valley, however, was slightly delayed due to landslides but Border Road Organisation was quick to clear the road as the riding group further explored the mountains. The riders then rode to Shimla before continuing to Ambala (Haryana), Ajmer (Rajasthan), Gandhinagar (Gujarat), and Vapi (Gujarat) before reaching Kolhapur (Maharashtra). 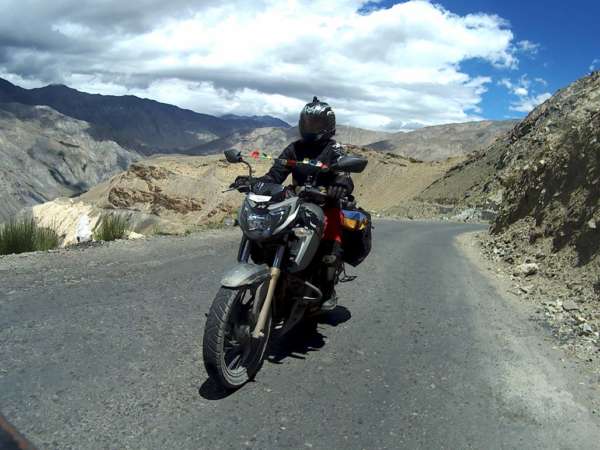 “Its peaceful atmosphere and beautiful views refreshed our mind, body and souls. We were truly spellbound,” said Gayatri describing her experience. The group reached Kolhapur on July 7, 2017.

What do you have to say about Gayatri’s road trip? Let us know your views through the comments section below.