Korean music artist Psy who shot to fame with his superhit music video- Gangnam Style was recently involved in a crash in China. According to reports, the Rolls Royce Ghost ferrying him from the airport to a hotel crashed into the rear of a bus. 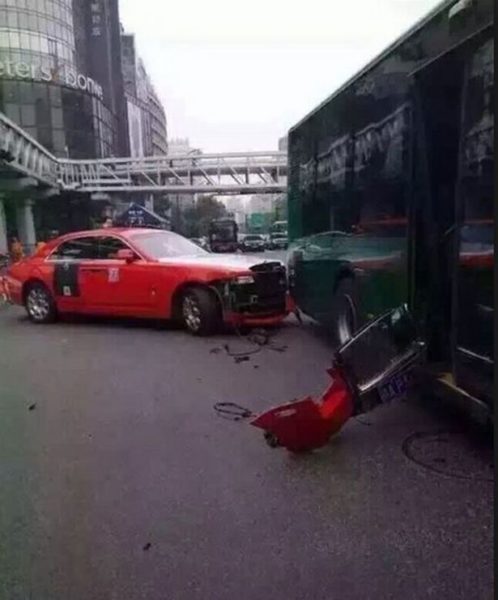 The South Korean star was travelling through Hangzhou when he got into the minor crash involving his uber-luxury red limo. Photos taken from the scene showed the vehicle’s grille lying in the road and visible damage to the front of the car.

No one was hurt in the collision and he was picked up by a Porsche which had been clearing a way through the traffic in front of the Rolls-Royce. Psy was reportedly in the city for an opening party for a bar. It is not known if he was driving at the time of the crash. 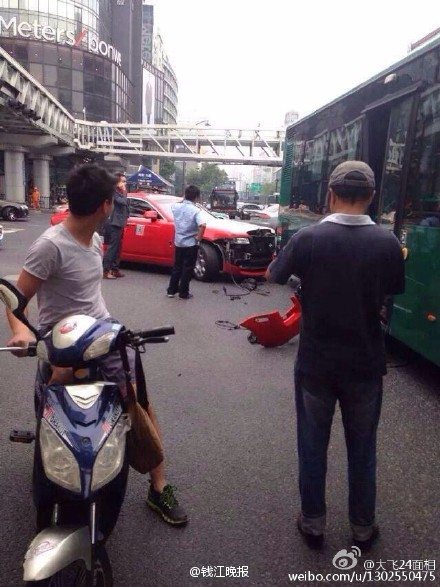 Psy’s Gangnam Style video has been viewed more than 2.37 billion times on Youtube since its release in 2012.