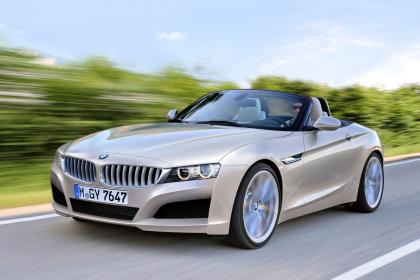 It has emerged that popular German premium car maker BMW is contemplating introducing an all new roadster in coming years.

The upcoming model would be a shoe size smaller than the Z4 and could be christened as the Z2. The production spec BMW Z2 could also become a spiritual successor of the Z3.

The upcoming BMW Z2 roadster would join the latest line up of fresh new Bimmers that includes the new X5, the new 4-Series Coupe, the i3, the i8 and a couple of facelifts.

The upcoming BMW Z2 could be laucnhed in 2016 and would be introduced to the world as a 2017 model. It is being said that the upcoming 2017 BMW Z2 will be underpinned by the modular UKL front-wheel drive platform and would be one of the few new BMW cars to break away from the traditional RWD layout. There are good chances that the baby-Z4 would be powered by a 3-pot 1.5 liter turbocharged engine. An option of a 2.0 liter four-cylinder could be reserved for higher variants.