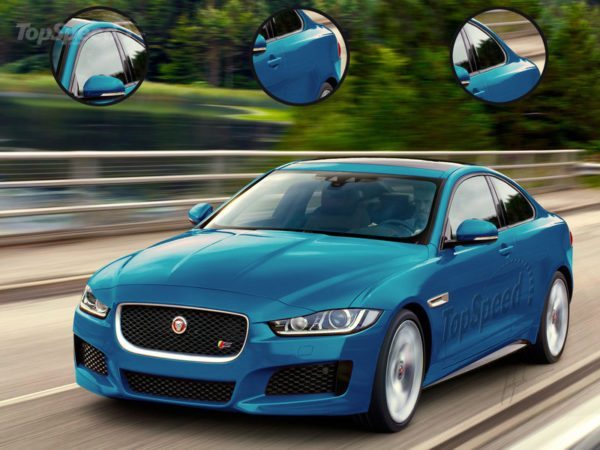 Jaguar recently revealed their entry level XE sedan which will act as a ticket to enter the leaping cat territory. Sadly, the Jaguar XE will only be available in Sedan form initially and when asked about any ‘Coupe’ plans, all the British manufacturer could reply was a line picked up from a self-help book, which was, “Never say never.”

That wasn’t enough to dampen the spirits of our friends from Top Speed. They wanted the world to see what the Jaguar XE would look like in coupe form and the rendering their artist created looks dangerously real to what the actual car might look like if Jaguar ever releases such a two door cat from one of their manufacturing units. The rendering, based on the sedan form, retains the front section as it originally has shorter overhangs, a large bonnet and looks sharp enough to gel with any body format, be it a coupe or a convertible, or as a sedan form as it will be sold initially. If Jaguar ever lets this cat out of their bag, we agree with our friends at Top Speed to expect the F-Type-sourced, supercharged, 3.0-liter V-6 that cranks out 340 horses and 332 Nm of torque.