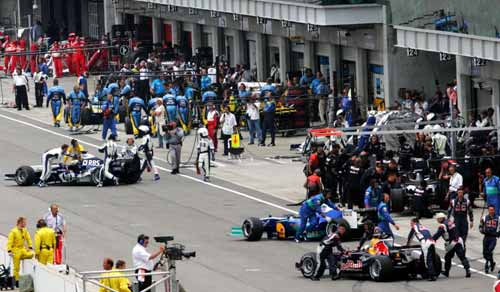 Formula 1’s governing body FIA has reportedly rejected the proposal for reducing the pitlane speed limit from 100 kmph to 60kmph. Italian magazine Autosprint stated that FIA president Jean Todt has come to taking this decision after taking in account the speed limits in car racing series like the Le Mans, GT1 and Nascar. BBC also has reported about FIA rejecting a push by the participating teams to lower the pitlane speed limit. Race director Charlie Whiting came up with his theory that there is not any need to change the speed limit as he could find no evidence that the current arrangement is unsafe. The recently formulated 2012 rules read that pitlane speed limit in a race is 100kph but this rule “may be amended by the stewards following a recommendation from the FIA F1 safety delegate”.