It’s been a long time since Rush hit the screens and left us in the wake of what was one of the finest cinematic projections of a thrilling rivalry. Prior to that, things like Faisal Kapadia’s film about Senna, Mark Neale’s documentary on MotoGP, and Steve McQueen’s Le Mans, took us trackside to know more about legends and their machines. Now, Ford v Ferrari appears to be another flick which could add itself to the greatest hits collection of a car movie fan. Directed by James Manigold, the movie will be in cinemas on November 15th, 2019.

Besides the trailer, it’s the formidable star cast of Christian Bale and Matt Damon, which should light up the screen along with the sounds and sights which will rekindle this famous rivalry which was fought on the track at LeMans and off it too. It started when Henry Ford made a wish to race at LeMans in the early 60s. But after the deal to buy Ferrari went south, Carroll Shelby played a big role after Henry Ford ordered his racing division to build a machine that would make Ferrari eat dust at the iconic French endurance racing venue. The result of all that was the legendary Ford GT 40 in Gulf livery, pictures of which are still plastered with pride at Cafes and in Bedrooms. 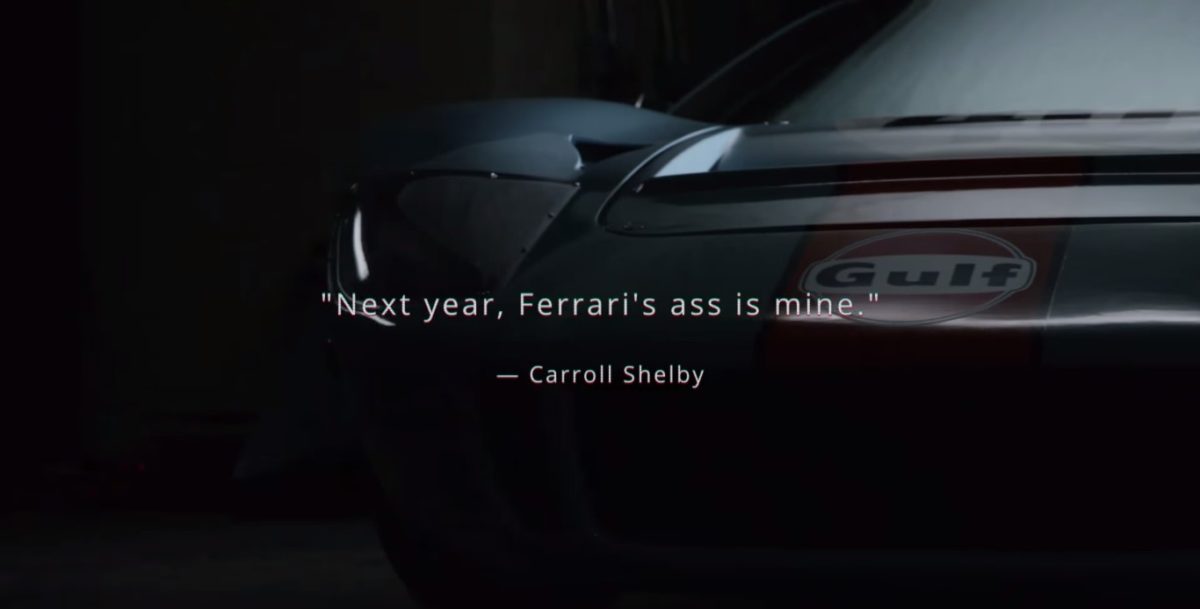 The upcoming movie, based on this remarkable true story of Carroll Shelby (Damon) and the fearless British-born driver Ken Miles (Bale), who together battled corporate interference, the laws of physics, and their own personal demons to build a revolutionary race car for Ford Motor Company and take on the dominating race cars of Enzo Ferrari at the 24 Hours of Le Mans in France in 1966. The rivalry on proving grounds started off with a laugh. None of the Fords challenging the Prancing Horse could become a giant slayer and ended up retiring from the race not once, but two years in a row. Later, the joke was on Ferrari though, as the Ford GT 40 scored not one but four consecutive victories in the year 1966, 67, 68 and 69. Not just that, the GT 40 was so unrelenting, it did not even spare a podium for the Italians.