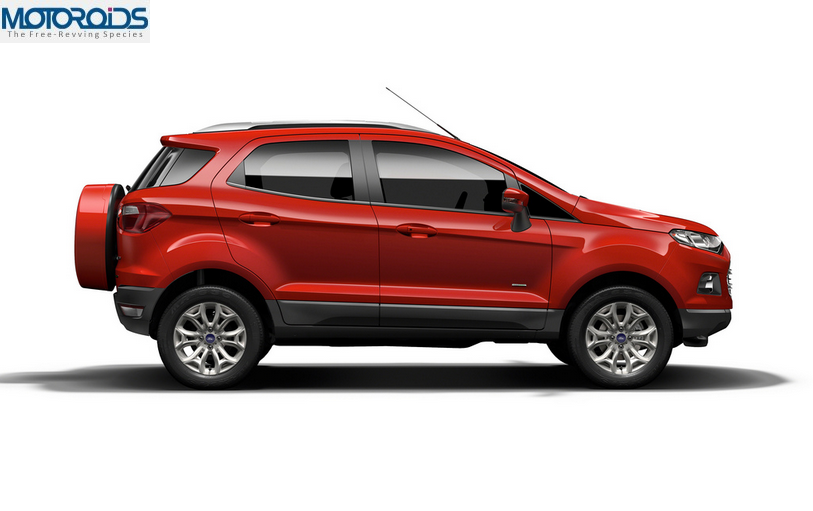 Ford unveiled the concept version of the much publicised EcoSport just a day before the commencement of Auto Expo at New Delhi. The compact SUV was then showcased at the above mentioned 2012 Auto show before heading on a tour of the entire nation. While there is no denying that the exteriors of the car have been appreciated by everyone, we could not have a look at the interiors of the car. There were no chances of having a glimpse of the interiors of the concept, thanks to the very darkly tinted windows.

Today, Ford finally revealed the production version of the Ecosport SUV. The car was unveiled at Brazil, one of the important markets for Ford.

Talking about the interiors, it can be seen that the dashboard looks somewhat similar to that on the Fiesta and the B-Max. However, the Ecosport gets differently styled aircon vents. One can find shades of black, grey and silver on the interior trim and this isn’t all as the car also gets chrome garnishing at places like the gear knob. There is a screen placed at the centre of the dash the top of the line gets Ford SYNC system. The car can seat five in comfort and have enough space for thier luggage.

While the concept model of the Ecosport was seen sporting LED lamps, the production reality has to do with the halogens. Other than this, the spare wheel finds its home on the tailgate and we are quite bowled over by that tasty set of alloys. As we reported earlier, the new Ford Ecosport is based on the B2E platform that was developed by combined efforts from Ford and Mazda. This car platform was developed keeping weight reduction and torsional rigidity in mind. The new Ford will come with the 1.0-Litre 3-Cylinder DI Turbo Petrol Engine that will debut with the EcoSport  and the diesel to come should be the 1.5-Litre oil burner seen in the Fiesta.