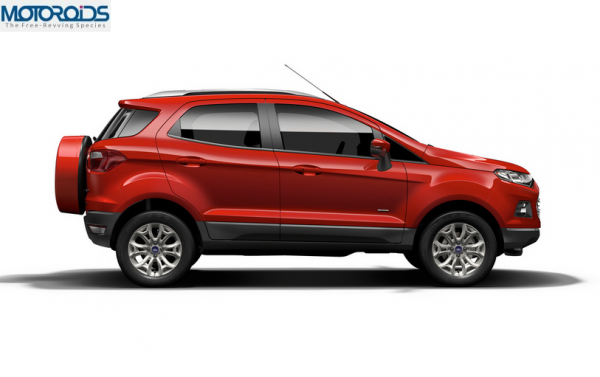 Ford EcoSport doesn’t ceases being away from lime light. Only yesterday, we reported in detail about the production version of the upcoming Ford and today, we saw the American manufacturer updating its Indian website with more info on this car.

The compact SUV has 200mm of Ground Clearance and 550 mm water wading capacity. As we could make out from the official images of the production version, the car gets the SYNC interface for connectivity between car’s ICE and driver’s cellphone.

The EcoSport is a five seater and has 346 litres of trunk space which can be boosted to 560 litres by folding the rear seat. This is not all as the cabin also has some 20 storage spaces. In typical SUV fashion, the EcoSport gets Hill Launch Assist.

The car also gets Push-Button start, Electronic Stability Program, Traction Control and ABS. The 1 litre gasoline motor is mated to a 6-speed PowerShift automatic transmission or a 5-speed manual is also an option.