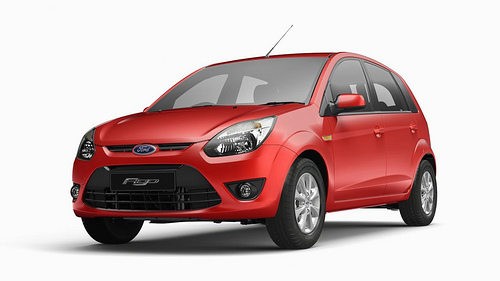 Very recently Ford India commenced the exports of the Figo 1.6 to the Middle East market. Now, the company may not have made any public announcements about the prospects of the new engine being plonked under the bonnet of the Indian Figo, but with the hardware ready, all it would take is the nod from the company top management for the idea to become a reality.

Come to think of it, the Figo, with its superb ride, handling and yummy steering feels is just the right kind of car to have a potent mill spinning under its bonnet. With the new 1.6-litre 100bhp engine the Figo will offer a much more economical option to the pricey VW Polo and Skoda Fabia 1.6. True, the car will no longer fall under the definition of a small car as defined by the government, with a petrol engine bigger than 1.2-litre, but the Figo would still be much cheaper than its contemporaries.

At the most, the new 1.6 petrol will cost equivalent to the Figo 1.4 Duratorq, which would still not be a bad price for the car. With 100 bhp on tap from a responsive Ford petrol mill, the combination will mean driving nirvana for the enthusiasts on a budget.

How does the idea sound to you? Would you put your money on such a car?