Now, a Ford executive has said that the new Mustang may feature a diesel, hybrid or electric powertrain.

Bob Bascetti, Ford’s global powertrain boss, told GoAuto of Australia that Ford will be going further in the quest for efficiency with the new Mustang and is now at the stage where it’s considering several alternatives. 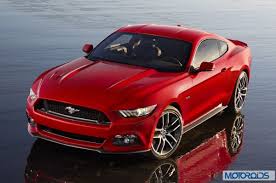 “We’re not looking at diesel at the moment, but given where we need to go with fuel consumption we are looking at all our options,” said Bascetti, keenly pointing out, though, that “diesel is one of those options, along with hybrids and electric.”

Staying on the topic, he added that “We are turning the Mustang into a global product now so all of our options are open now… we have great diesels in Europe, we have an EcoBoost line-up in North America… so we can do almost anything.”