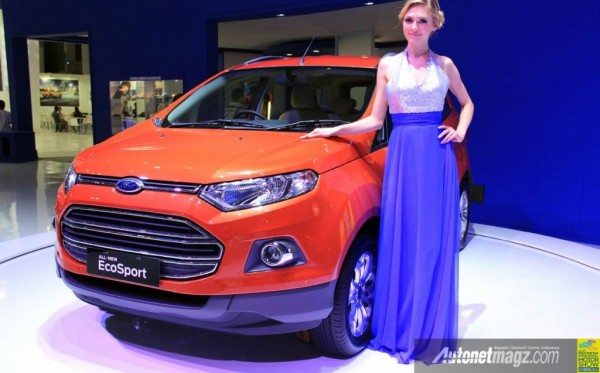 The Ford EcoSport has to be the most successful compact crossover out there today. The EcoSport has not just posted a stellar performance on the sales charts, but has also sent many rivals back to the drawing boards. The EcoSport, after conquering various car markets across the globe, has now reached Indonesia, where it was showcased at the Indonesian International Motor Show 2013.

While the launch date hasn’t yet been announced, it is being said that the production would soon commence at Ford’s Rayong facility in Thailand.

Ford Indonesia’s website is already showing information on the EcoSport and says things like-the EcoSport can turn “speed bumps into blips” and “flash floods into puddles” with its high ground clearance.

In Indonesia, the EcoSport would lock horns with the Renault Duster and we won’t be too surprised to see Ford Indonesia, very much like Ford India, pricing the car ultra competitively and bestowing it with enough features to make the Duster look spartan.

Renault Duster was only recently launched in Indonesia and sales of this compact crossover are expected to commence before the end of this month.