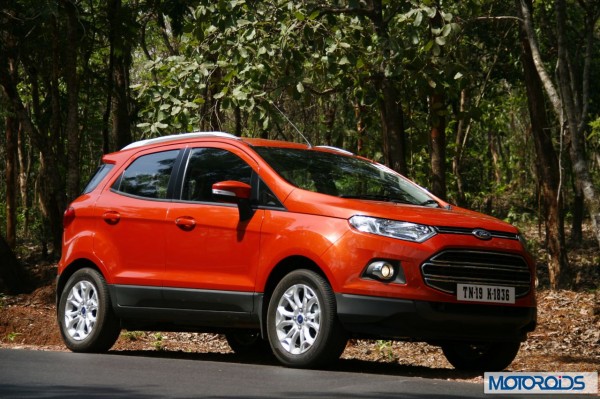 Believe when we say we saw it coming! It hasn’t even been a couple of months since the Ford EcoSport has been in India and the much publicized compact SUV has already overtaken the popular Renault Duster, currently its only direct rival, on Indian car sales charts.

Compared to 3,089 units of the Duster that Renault India sold, the Indian subsidiary of the American car maker managed to sell 4,715 units of the EcoSport. It may be noted that until very recently, the Duster used to be on the top of the Indian SUV sales charts, clearly outselling established rivals such as the Mahindra Scorpio and the Tata Safari. However, it now the Ford EcoSport that is the largest selling SUV in India.

Much of the EcoSport’s success has to do with the absolutely amazing price tag of the EcoSport. The EcoSport range starts at INR 5.59 lakhs and this means that the car is also eating into the sales of some premium hatchbacks and entry level sedans. The fact that Ford India posted a record sales figure last month alone says a lot about the world of good that the EcoSport has done to Ford India.

Renault Duster, on the other hand, saw a massive decline in sales in July 2012.

With EcoSport looking poised to continue its onslaught on every car in its price range and Nissan looking all set to launch the Terrano compact SUV next month, we wonder if the EcoSport will manage to rule the SUV market in India. It would also be interesting to see if the Duster would be able to bounce back!