We reported in detail when Force Motors silently launched the new base variant of its flagship passenger vehicle, the Force One, in Delhi.

The new variant, which is being called as the One EX, will now be unveiled in Pune on July 29. The Force One variant that has been on sale so far will now be sold as Force One SX.

The new entry level EX variant will be powered by a 2.6 litre BS3 diesel engine that has a max power of 82PS and a peak torque of 230Nm. The new base variant is primarily targeted at the rural markets, where the One has got a good response from the car buying lot.

The SX will continue to be powered by a 2.2 litre FMTECH diesel engine. This oil burner will also power the upcoming LX 4wd variant.  This motor is based on a Mercedes unit and has a max power of 141PS and peak torque of 321Nm.

The SX, however, will come equipped with all the above features.

All the variants of the One SUV will be  available with a new Moondust Silver exterior paint-shade option.

In Pune, the entry level variant of the One is expected to cost almost INR 3 lakhs lesser than the SX variant.

Seen below is a Force One EX Spy Pic from our media gallery. 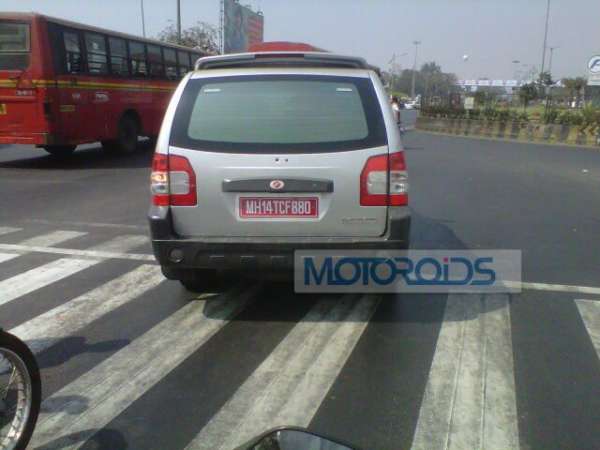