The start of 2010 was slated to bring in a temporary halt for the two-stroke motorcycle racing in the country. The Federation of Motor Sports Clubs of India (FMSCI) had earlier announced that the homologation of all two-stroke motorcycles would expire at the end of 2009. It is actually the duty of the motorcycle manufacturers to ensure that their motorcycles are homologated by the FMSCI so that customers can legally take part in organized track racing. No manufacturer was taking an initiative to ensure that their motorcycles get re-homologated before the time period lapses.

The two-stroke racers and organizers were left with no choice other than attempting to sort out the issues themselves. The governing body for motorsports in the country had received numerous requests from all the current racers, competing teams and event organizers for extending the homologation validity period of the two-stroke motorcycles. In the end it became very tough for the FMSCI to take a final stand as none of the manufacturers were taking the required steps. Finally sense has prevailed, with the FMSCI announcing that the two-stroke and other motorcycles whose homologation were set to expire at the end of 2009 have now been extended till the 31st of December 2010. 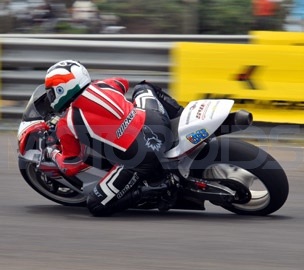 It is a pity that such shortcomings on part of the manufacturers are restricting the growth of motorsports in India. On one hand manufacturers are launching and talking about developing performance based motorcycles while on the other their pathetic dilly-delaying is ensuring that the performance machines cannot be enjoyed within the safety environment of a racetrack.